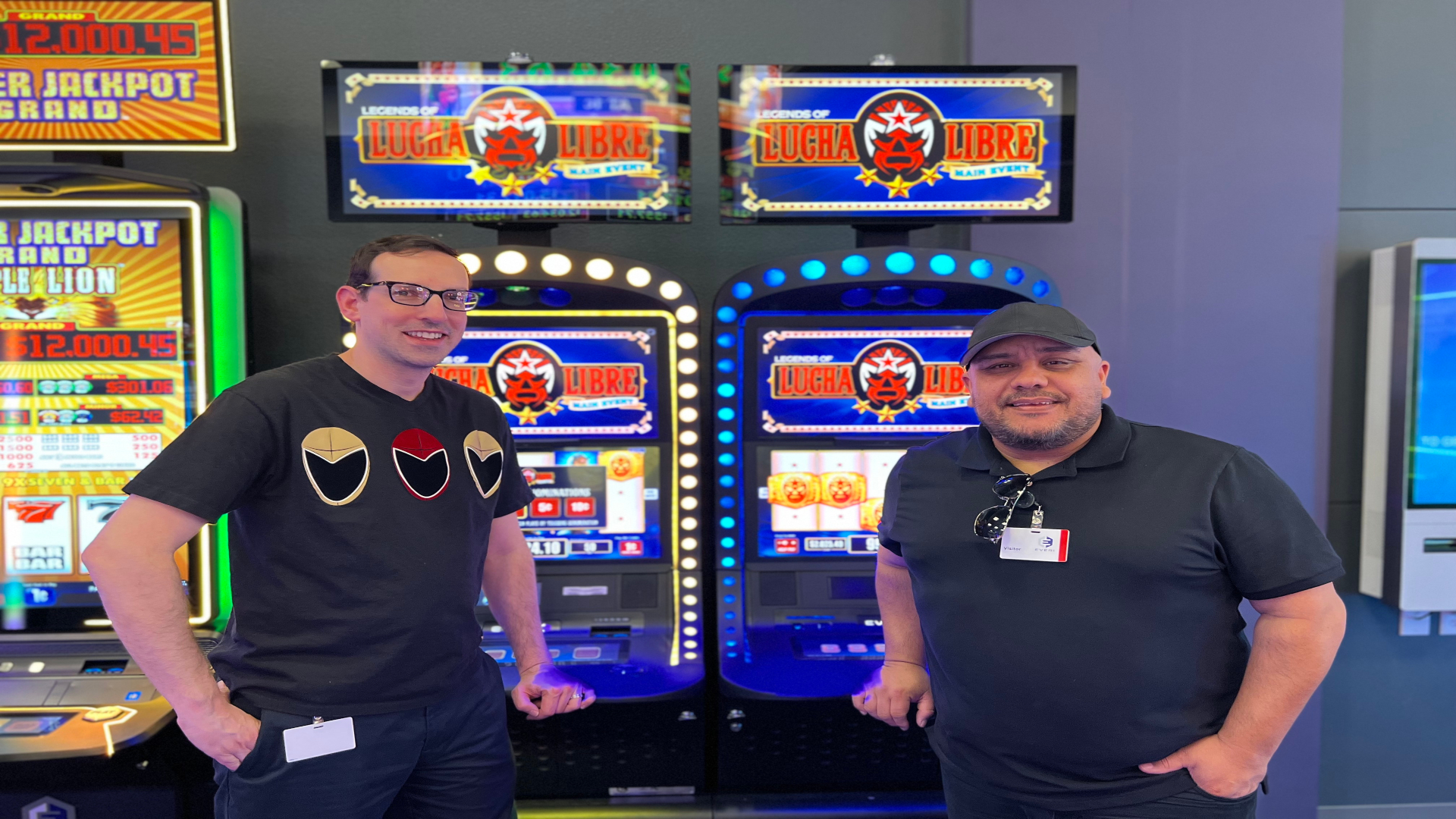 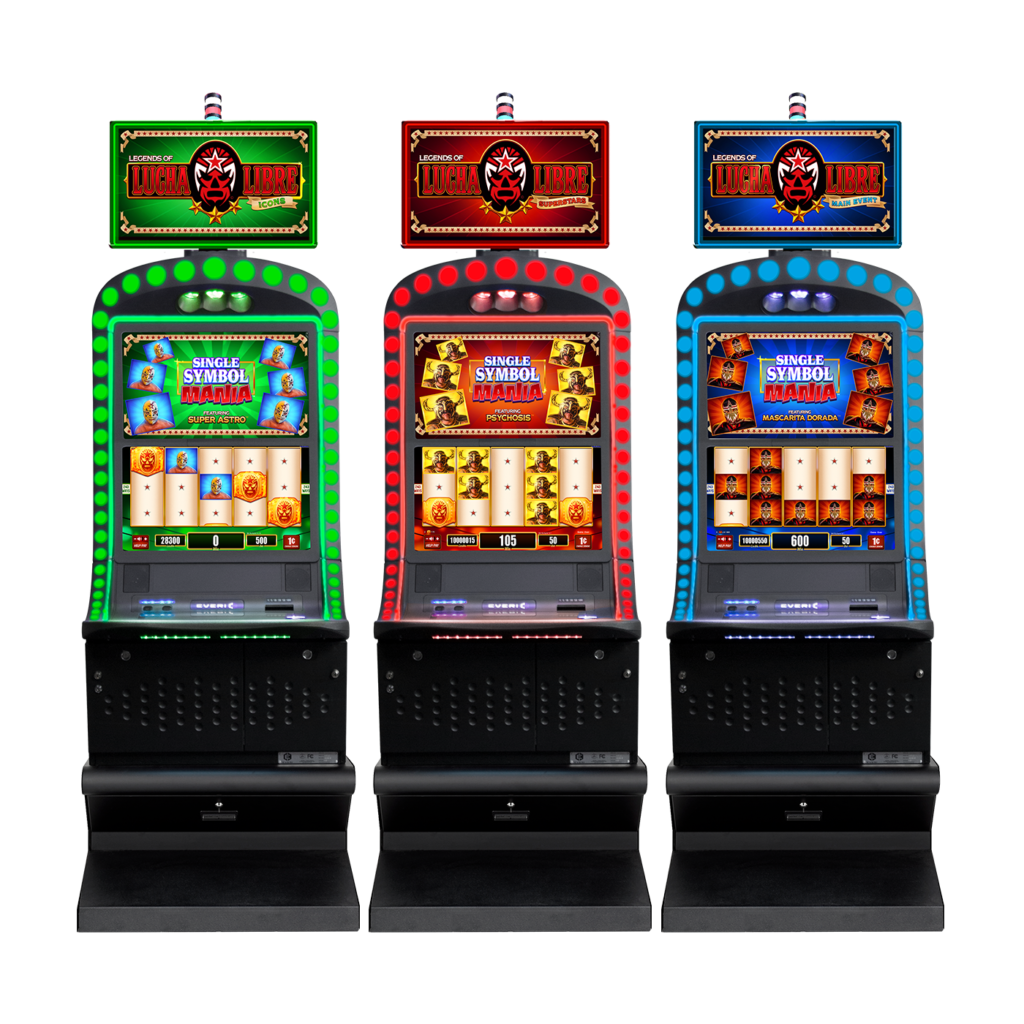 Luchadores (“wrestlers”), such as icons El Solar™, Super Astro™, El Matemático™, legends Psychosis™, Ultimo Dragon™, Mascarita Dorada™ and current superstars Dragon Lee™, Felino Jr.™ and Laredo Kid™, are featured across the three games that are part of the Legends of Lucha Libre™ Series – Icons, Main Event, and Superstars. These 243 Ways video slots provide players lots of chances to win big with scatter pays, mystery symbols, and a 3X multiplier that is applied to all wins during the free spins bonus. The games also feature Single Symbol Mania making potential wins easy to track for players as a single symbol is the only displayed symbol on every spin. 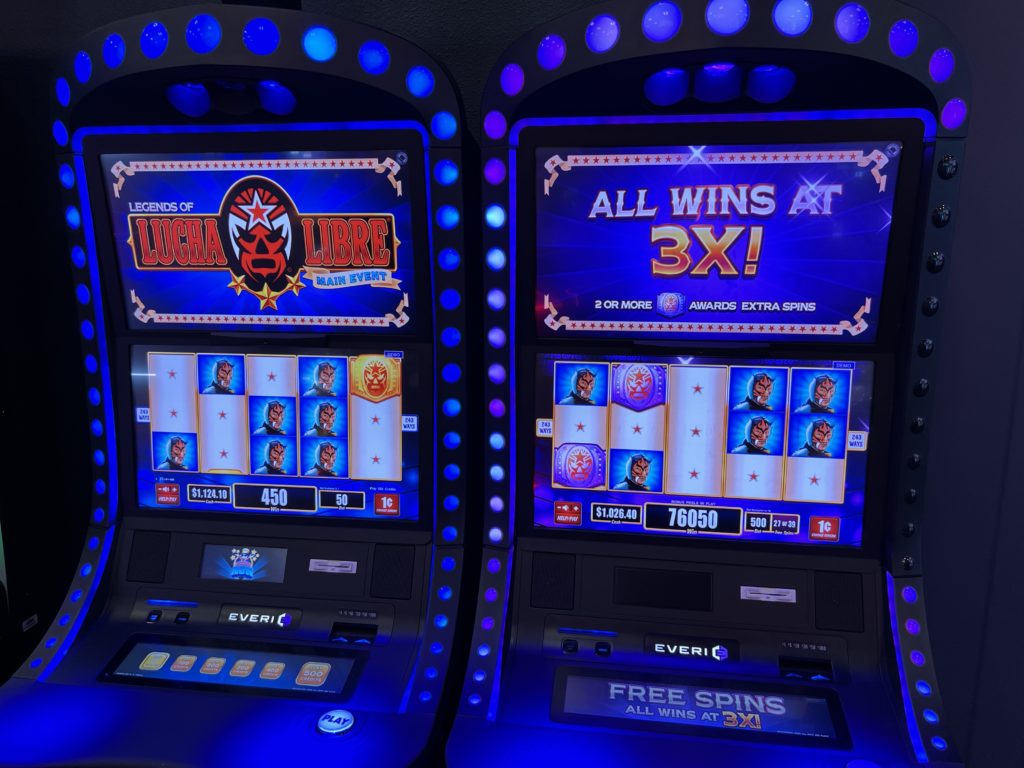 “We are honored to be bringing the first ever licensed lucha libre games into physical casinos”, Masked Republic President and COO Kevin Kleinrock said. “This is a momentous day as not only does it represent the first-time actual luchadores will be represented on slot machines, but it is the first broadly available physical games in casinos based on the larger sports entertainment/pro wrestling industry as well.” 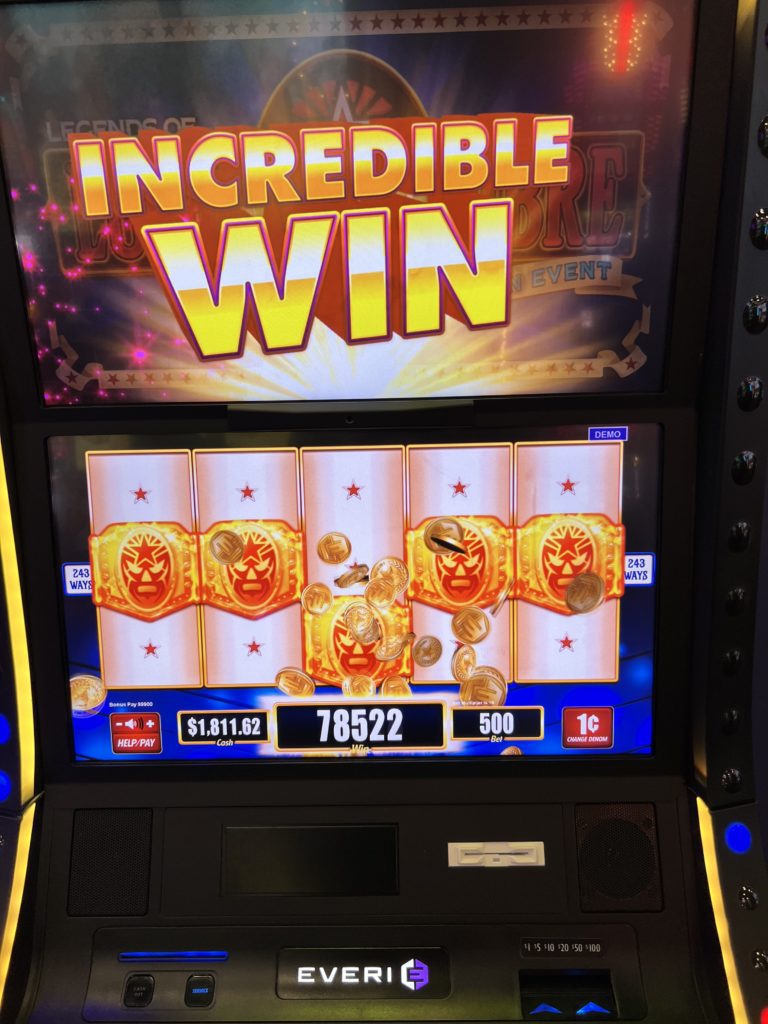 Masked Republic founder and CEO Ruben Zamora added, “Working with Everi to release the games allows us to continue the core mission of our Legends of Lucha Libre brand which is to help luchadores  monetize their name, image and likeness rights away from the ring and to be treated as the Mexican cultural icons and pop culture heroes they truly are. El Solar, Super Astro and El Matemático have each spent more than 40 years in the ring and their masks are recognized not only throughout Mexico but around the world as icons of lucha libre. Psychosis and Ultimo Dragon broke through into pop culture starting in the mid-90s when they were part of Ted Turner’s WCW before both wrestling for WWE. Mascarita Dorada is arguably the greatest mini luchador of all time. Dragon Lee, Laredo Kid and Felino Jr. are all current superstars who have held multiple championships in the major lucha libre leagues of Mexico. Week after week, year after year luchadores put their bodies on the line with no off season and we remain dedicated to creating less physically taxing revenue streams for our stars”. 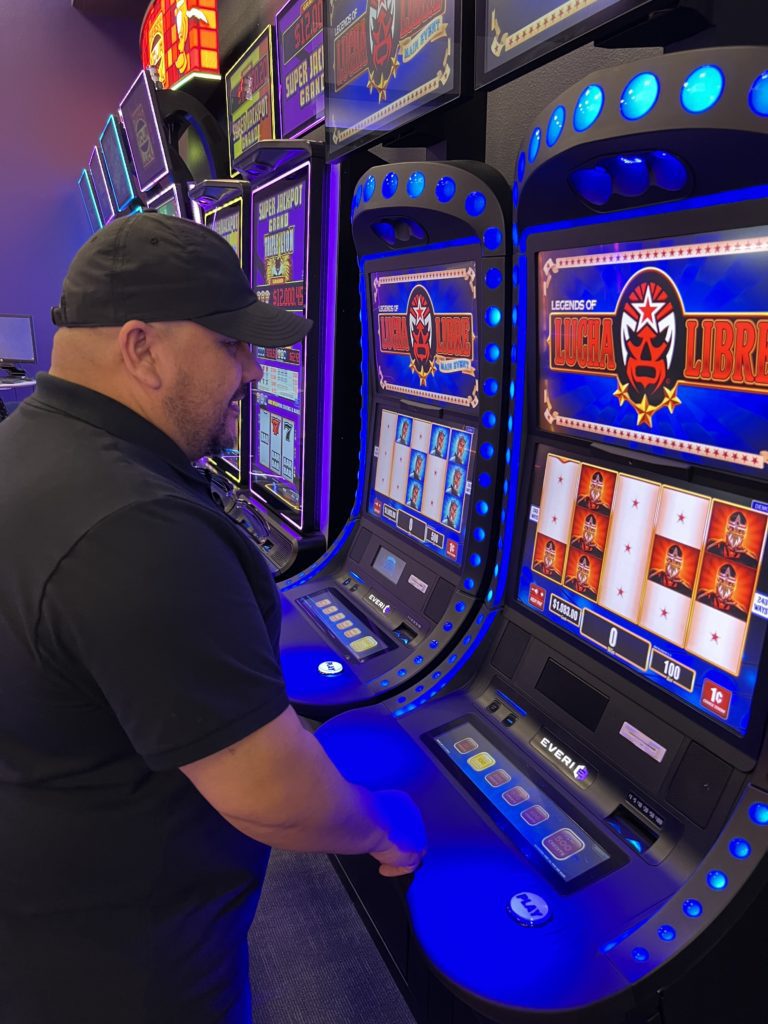 “Collaborating with Masked Republic’s Legends of Lucha Libre brand represents a substantial opportunity to expand our extensive library of high-performing original and licensed gaming content and introduce players to the exciting world of lucha libre wrestling”, said Dean Ehrlich, Everi Executive Vice President and Games Business Leader. “We look forward to combining our respective strengths and delivering more of the elevated, engaging gaming experience that Everi is known for”. 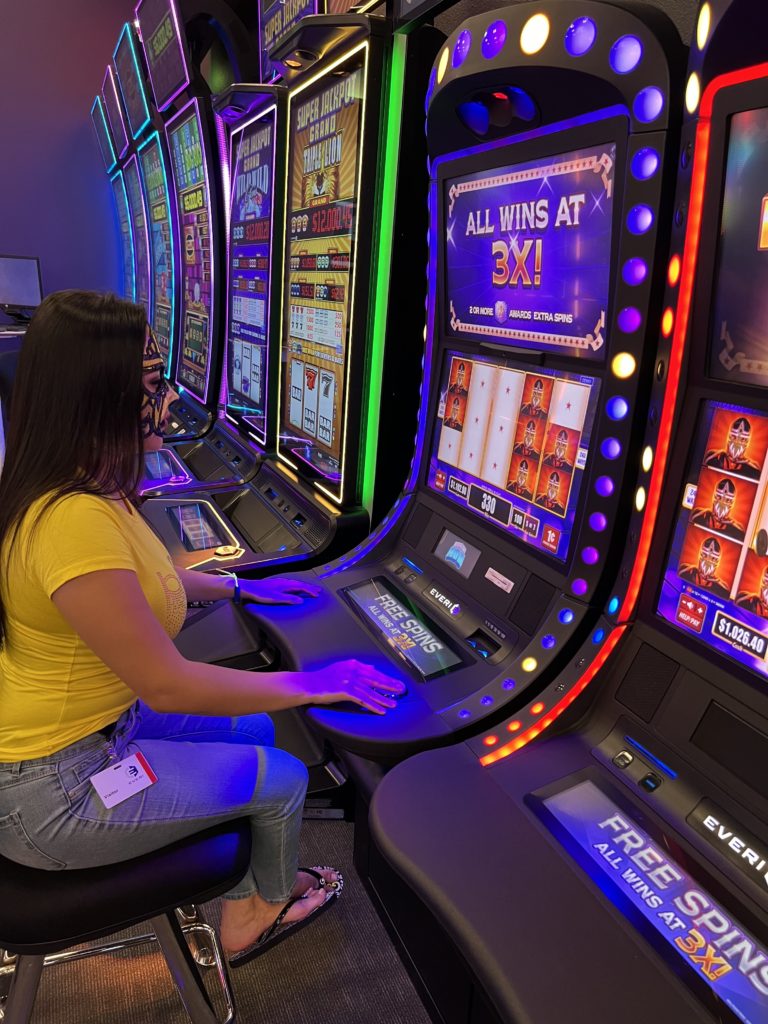 The deal between Everi and Legends of Lucha Libre was brokered by Pamela Harris of Firefly Brand Management. 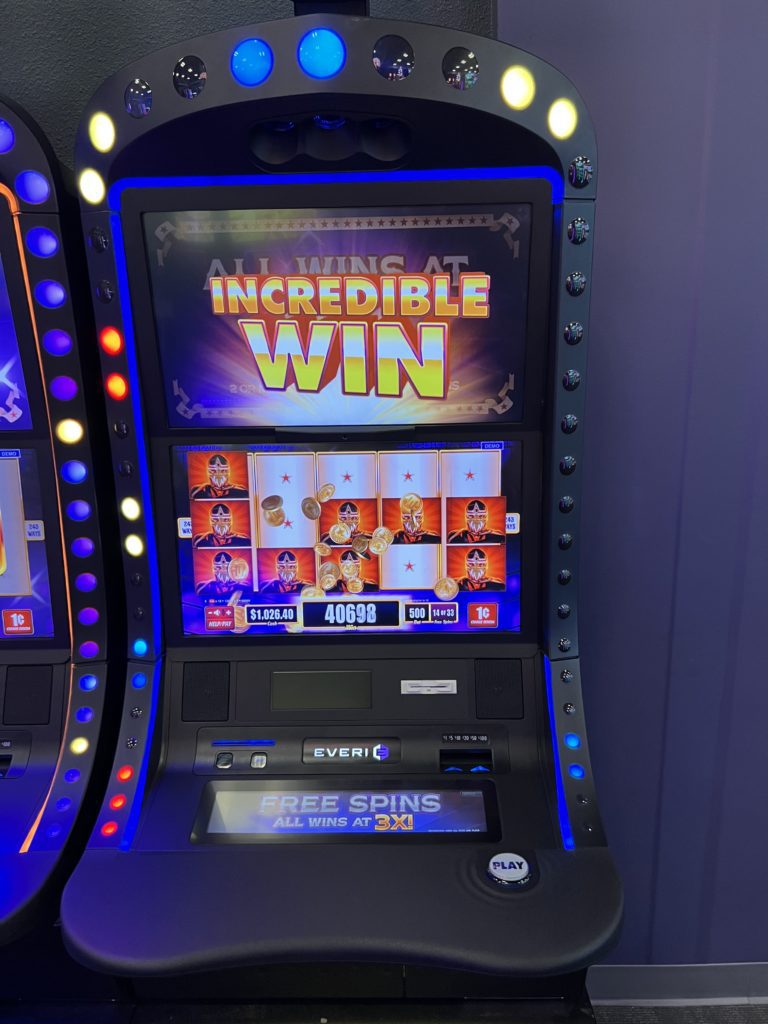 Please contact your Everi sales associate to learn more about the Legends of Lucha Libre™ Series.