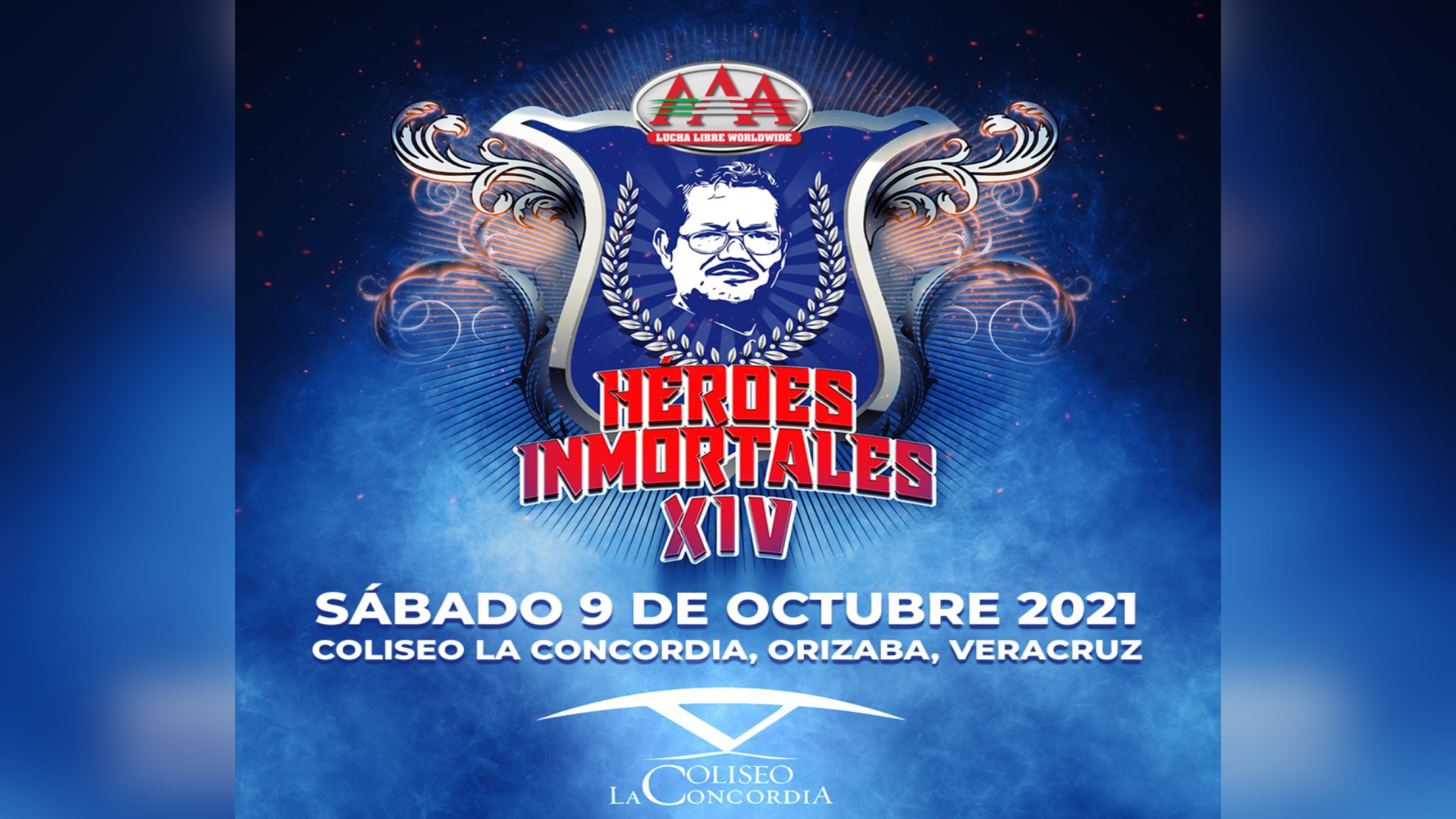 Lucha Libre AAA will held the 14th edition of Heroes Inmortales great event this coming October 9 at the Coliseo La Concordia in Orizaba, Veracruz. This was confirmed by the company through its official social media accounts without informing about matches or participating luchadores.

Heroes Inmortales began in 2007 with the Antonio Peña Memorial Show as a tribute to the memory of Antonio Peña, Lucha Libre AAA founder and considered by many as the Father of Modern Lucha Libre. Antonio Peña passed away on October 5, 2006. One of the main matches of the event is Copa Antonio Peña.