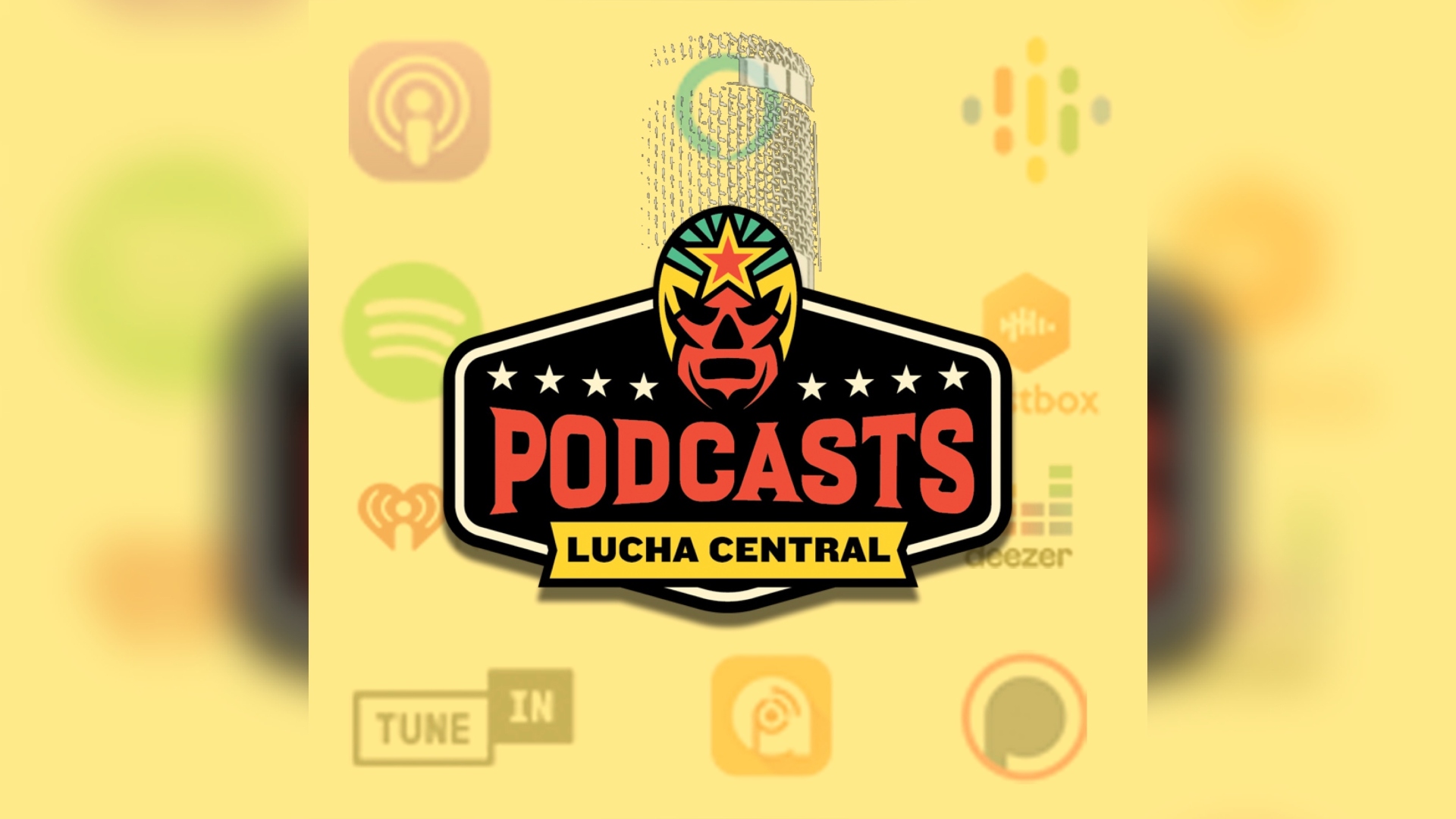 The Lucha Central Podcast Network continues to grow and this week we are proud to have landed on three major podcast ratings charts – iTunes, Backtracks and Podbay – with the #1 lucha libre themed show on all 3 charts and #1 Spanish show in ALL of wrestling and MMA on all 3 charts.  Additionally, the network’s “Business of the Business” charted on Backtracks’ and Podbay’s Top Marketing Podcasts charts.

While this Monday on the Lucha Central Podcast Network did not feature a new series drop, listeners were still discovering last Monday’s debut of the Business of the Business podcast enabling the show to enter the Top Marketing Podcasts charts on both Podbay and Backtracks. The initial release of the series featured both parts of a two-part interview with graphic designer and illustrator Jeffrey Everett debuted this past Monday. Among topics covered are art school, fine art vs. graphic design, music gig posters, creating officially licensed works for the WWE of Chris Jericho, Seth Rollins, Bobby Heenan, why his Mick Foley poster was rejected, creating logos and a birthday card for the Pope (not the wrestler!), working “Stone Cold” Steve Austin and “Million Dollar Man” Ted Dibase tributes into posters for the band Idles and more!

This coming Monday, the Lucha Libre Figures & Facts podcast returns with a look at the career at Konnan and one of his WCW-era action figures.

While last Tuesday the Masks, Mats and Mayhem show featured part one of a must-listen to interview with Lucha Underground TV series Executive Producer and El Rey Chief Creative Officer Skip Chaisson, this week, Skip is back for even more in-depth discussion on how the look and feel of the series came together. PLUS, series EP and showrunner Eric Van Wagenen stops by for a rare in-depth interview full of never-before-publicly-heard stories from behind the scenes. Watch the video version on Lucha Central’s YouTube or LuchaCentral.com/videos or listen on iTunes, Spotify, Spreaker or your favorite podcast platform.

Straight Outta the Bodega with Papo Esco – Papo and Pro Wrestling Revolution owner Gabrie Ramirez sit down with All Pro Wrestling owner Markus Mac as they discuss early APW (made famous by the film Beyond The Ring and for their King of Indies Tournament which directly inspired Ring of Honor and PWG‘s creations), late owner Roland Alexander and the pro wrestling business during the COVID-19 pandemic.

New episodes drop every Thursday on iTunes, Spotify and more. Click the links to listen to last week’s episode now.

La Mesa de los Márgaros – now the #1 Spanish podcast for all of wrestling & MMA on the iTunes, Podbay and Backtrack charts! This week, our panel of hosts has three special guests join the show, DTU promoter and luchador Crazy Boy, well known lucha libre journalist Apolo Valdés and one of the most prolific owners of lucha libre masks and memorabilia in the world, Christian Cymet. Among the topics: racism in wrestling, failed angles in WWE, the new normal in the arenas in terms of health measures by COVID19, the details of the Rancho DTU event and cyberbullying on social media.  This show was SO packed it had to be split into two different episodes. Part 1 and Part 2 are both out now. iTunes, Spotify and more.  A video version of the series is also available weekly on the show’s Facebook page.

Fridays on the LCPN are for our weekly recap shows Lucha Central Weekly and Lucha Central Weekly en Español.  Two shows, two languages – ALL of the top lucha libre related news of the week not only from Mexico, but from the luchadores in AEW, Impact Wrestling, MLW, Ring of Honor and WWE as well. You give the shows 90 minutes and they’ll give you everything you need to know to be up on what’s happened in the last 7 days, and what not to miss in the week to come!

Lucha Central Weekly can be found on iTunes, Google Podcasts, Spotify and more.