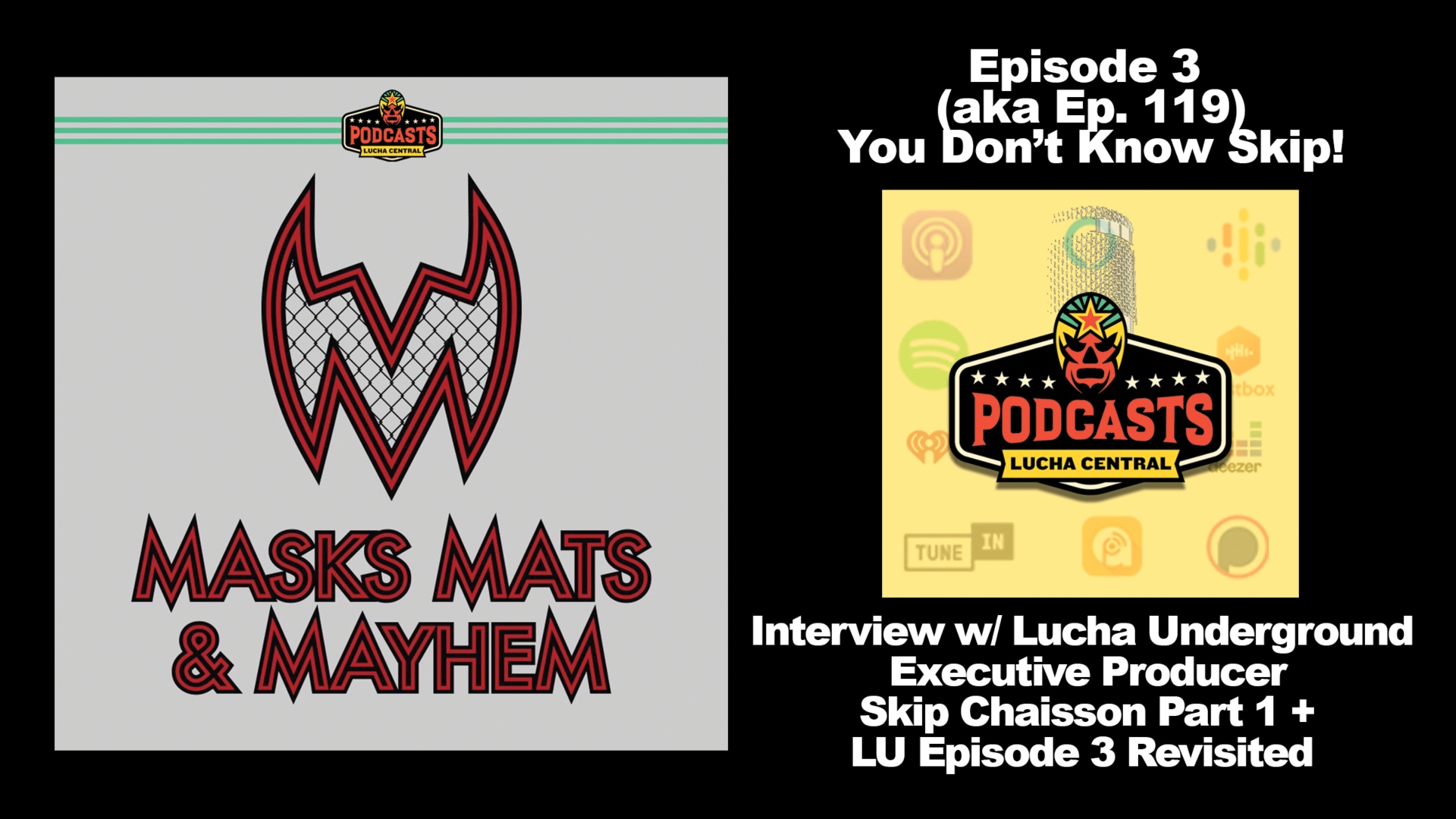 This past Monday, the Lucha Central Podcast Network debuted the Business of the Business podcast bringing listeners inside how officially licensed merch gets made.  For over two decades now, Masked Republic President Kevin Kleinrock has been working inside the pro wrestling and entertainment industries writing, producing and overseeing the creation of officially licensed merchandise. Now, he takes listeners on a journey to gain insight and perspective on what goes into bringing fans official products. Joined each episode by someone deep in the trenches – artists, toy and collectible makers, agents, manufacturers, retailers, licensees and more – the series brings a plethora of unique perspectives to the processes.  Both parts of a two-part interview with graphic designer and illustrator Jeffrey Everett debuted this past Monday. Among topics covered are art school, fine art Vs. graphic design, music gig posters, creating officially licensed works for the WWE of Chris Jericho, Seth Rollins, Bobby Heenan, why his Mick Foley poster was rejected, creating logos and a birthday card for the Pope (not the wrestler!), working “Stone Cold” Steve Austin and “Million Dollar Man” Ted Dibase tributes into posters for the band Idles and more!

On Tuesday, a must-listen-to interview was released on the Masks, Mats and Mayhem show as the crew was able to talk with the driving force behind the look and feel of the Lucha Underground TV series, Executive Producer and El Rey Chief Creative Office Skip Chaisson. Whether you were a fan of the series or simply want to hear from one of Hollywood’s most prolific trailer editors and creative minds, the interview should not be missed.

Coming Thursday on the LCPN:

La Mesa de los Márgaros – In Spanish, La Mesa de los Márgaros brings together the most eclectic group of individuals on a sports podcast as a lucha libre host, photographer, dancer, doctor, referee and their special guests gather around a virtual table to discuss a variety of topics in their own irreverent signature style. This Thursday, CMLL luchador Tiger Casas, son of the legendary Felino, joins the show.  Listen to last week’s episode now featuring all of the week’s hottest topics plus guests – photographer Jerry Villagrana and AAA’s rudo referee Hijo del Tirantes. iTunes, Google Podcasts, Spotify. A video version of the series is also available weekly on LuchaCentral.com/videos.

Fridays on the LCPN are for our weekly recap shows Lucha Central Weekly and Lucha Central Weekly en Español.  Two shows, two languages – ALL of the top lucha libre related news of the week not only from Mexico, but from the luchadores in AEW, Impact Wrestling, MLW, Ring of Honor and WWE as well.  You give the shows 90 minutes and they’ll give you everything you need to know to be up on what’s happened in the last 7 days, and what not to miss in the week to come!

Lucha Central Weekly can be found on iTunes, Google Podcasts, Spotify and more.

RELATED NOTE: This week on the Lucha Central Podcast week!

This week on the Lucha Central Podcast Network!