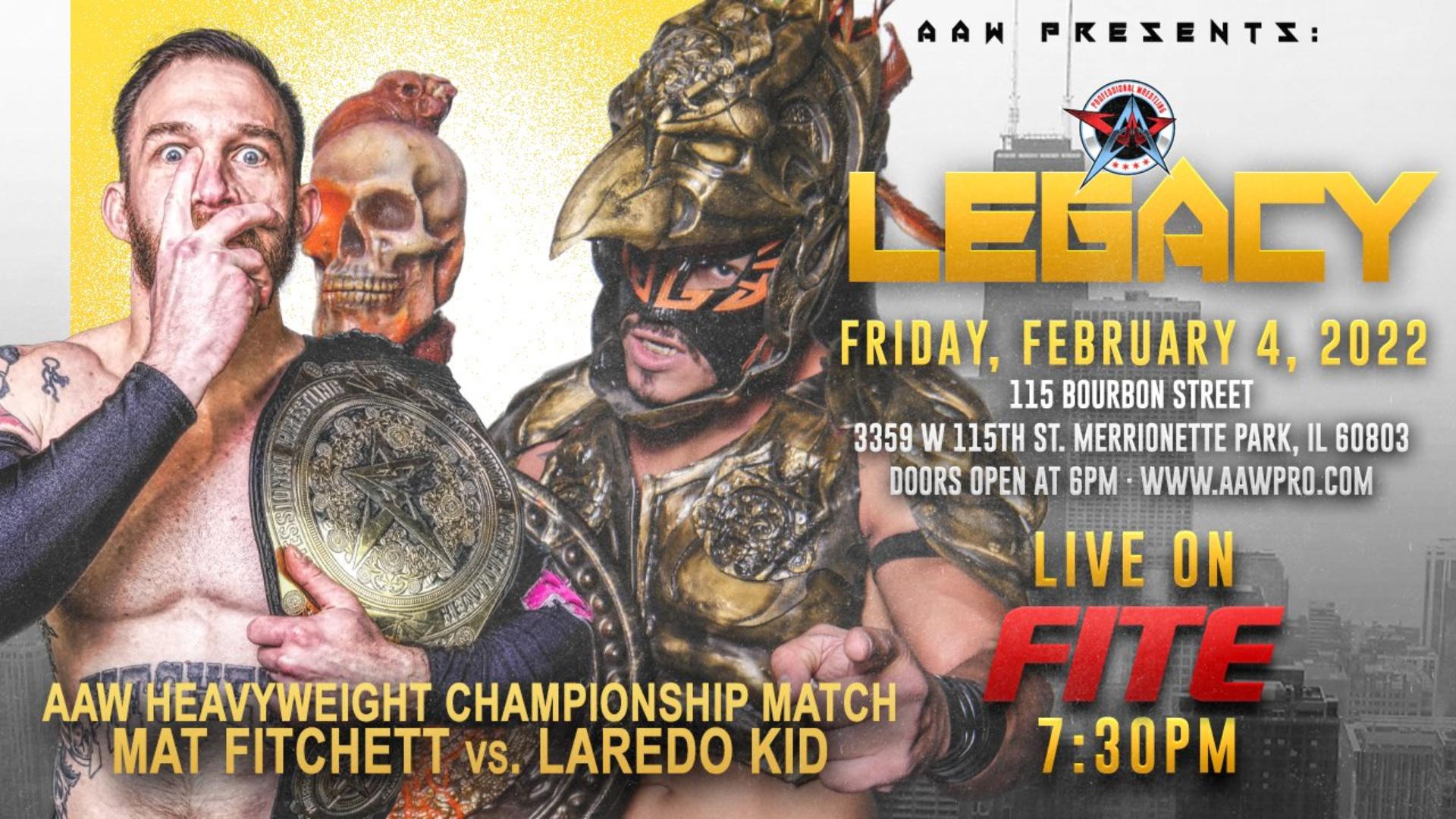 Legends of Lucha Libre‘s Laredo Kid returns to AAW to face Mat Fitchett in a Title Match for the AAW Heavyweight Championship. This match will take place at the AAW Legacy shoe on Friday, February 4 at 115 Bourbon Street in Merrionette Park, Illinois.

This will be the first time that the also Lucha Libre AAA World Cruiserweight Champion disputes a championship in the AAW territory.

Laredo Kid‘s most recent participation in an AAW event was on July 9, 2022 at United We Stand, in which he defeated Ace Perry in a Single Match.