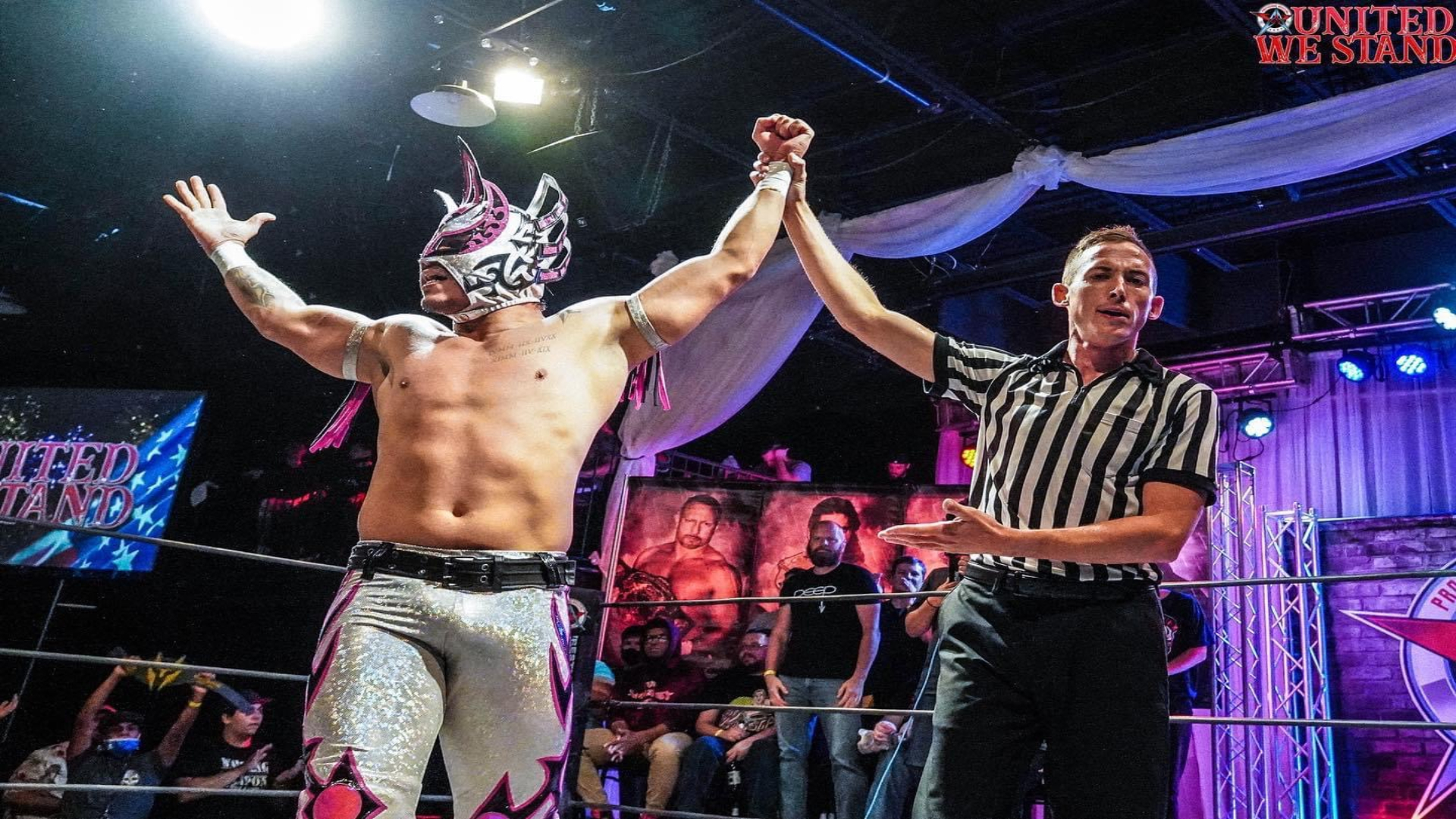 The Legends of Lucha Libre superstar Laredo Kid returned to AAW for the United We Stand PPV, to face Ace Perry in whose Single Match El Aguila del Rio Bravo was victorious. This event took place at the115 Bourbon Street in Merrionette Park, Illinois. 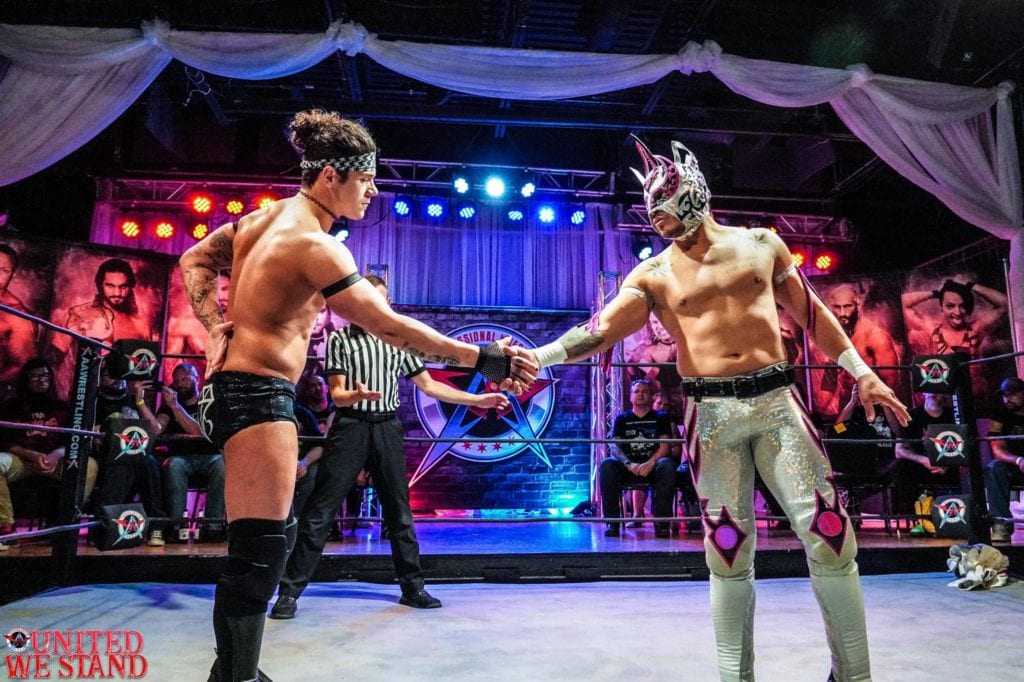 Laredo Kid had a spectacular performance with his electrifying style and high-flying offense. 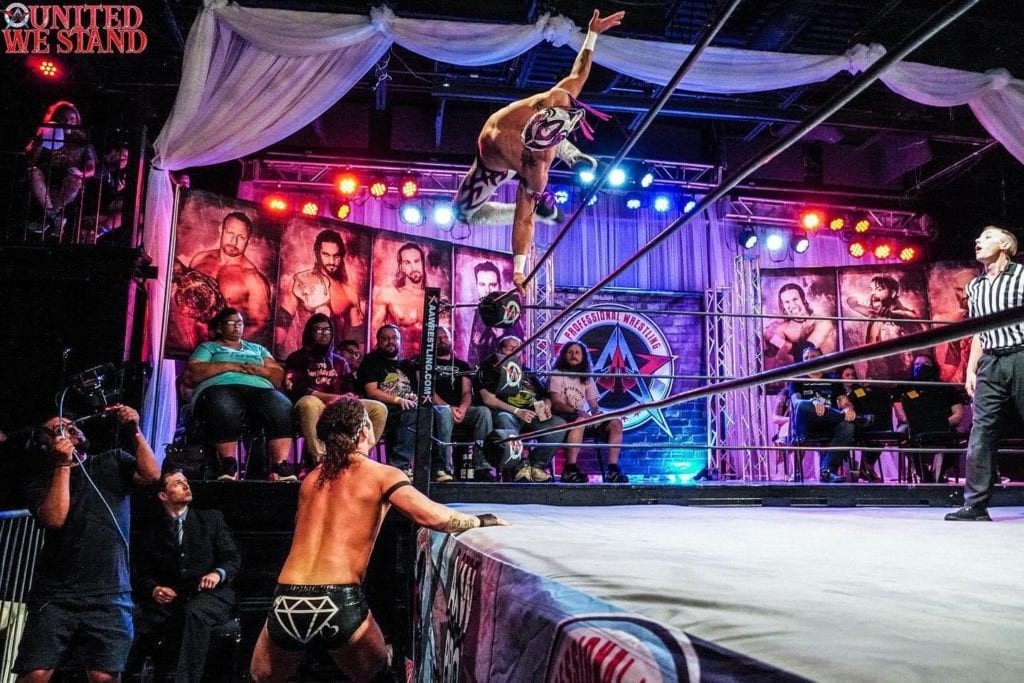 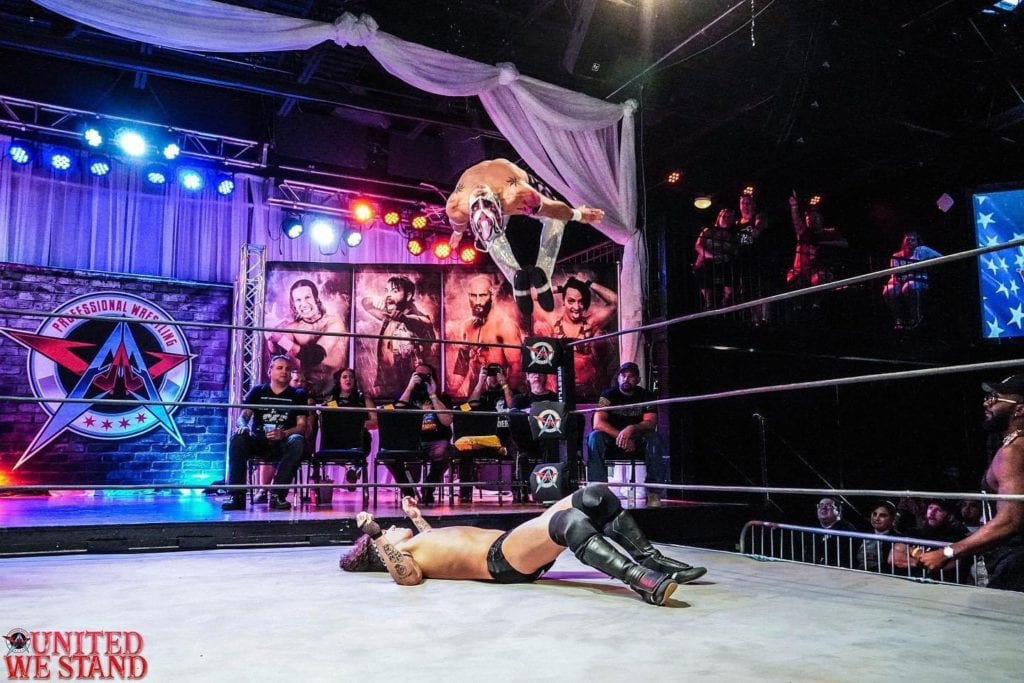