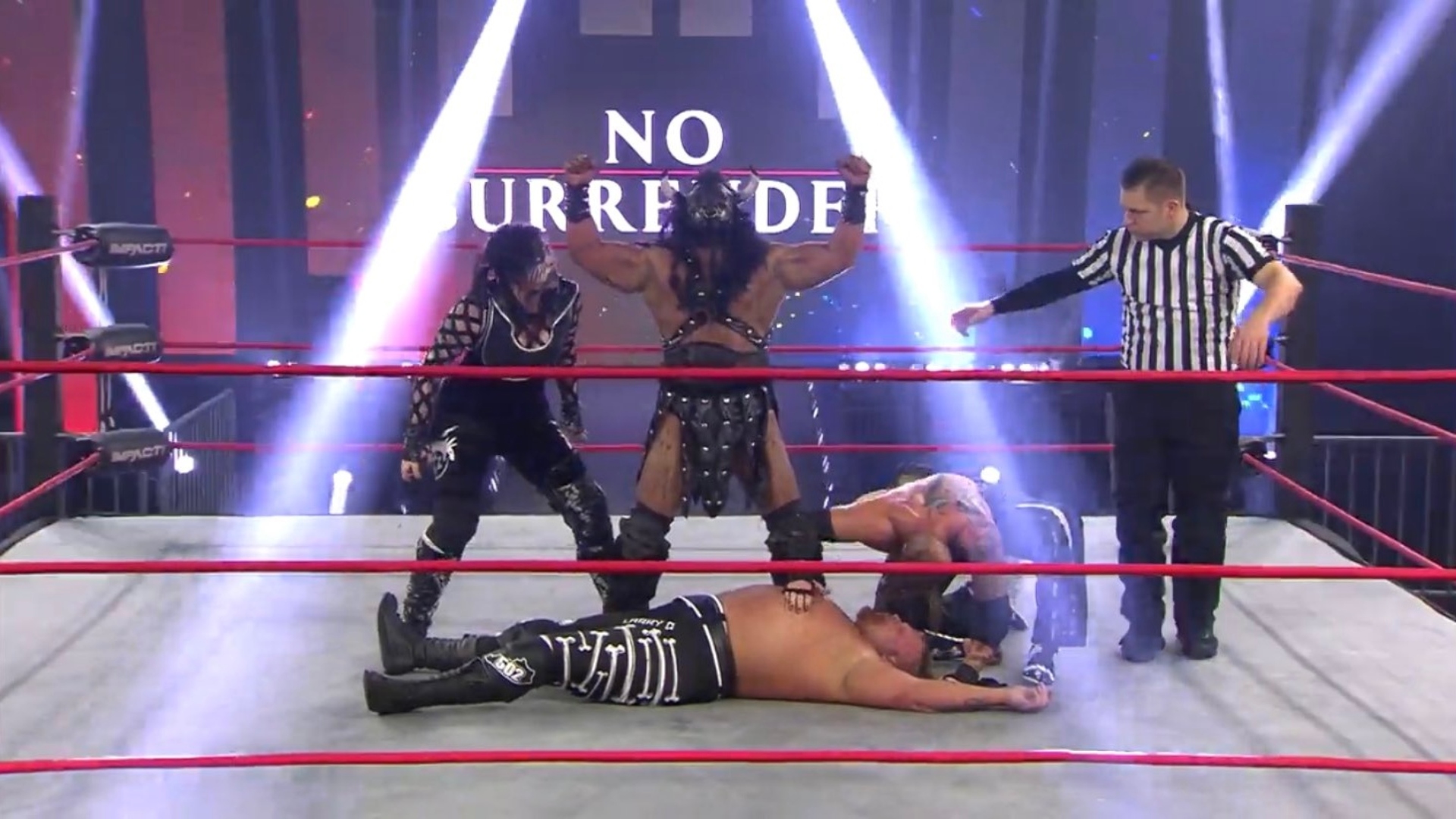 Legends of Lucha Libre superstar Black Taurus made their IMPACT Wrestling PPV debut with a victory as a member of Decay with Crazzy Steve & Rosemary defeated Acey Romero & Larry D and Tenille Dashwoodin a 6-Man Tag Team Match in the No Surrender first match.

Black Taurus got the victory for his team after applying the pinfall over Acey Romero.

The Mexican masked luchador looked good during the match, having a good debut on both IMPACT Wrestling TV and PPV.