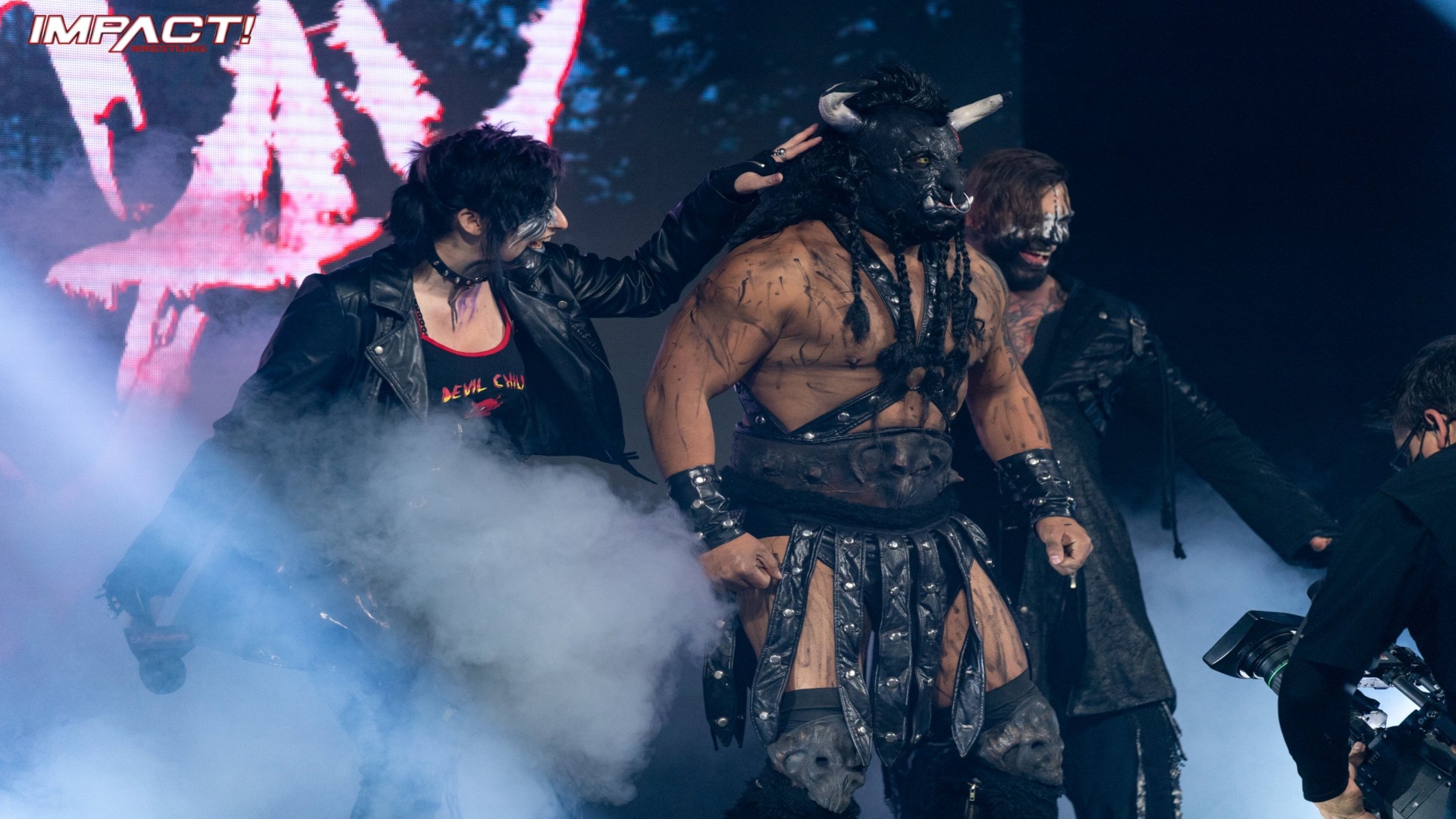 On episode 862 of IMPACT, the Legends of Lucha Libre superstar Black Taurus made his IMPACT Wrestling debut as a member of Decay. In his first match, Black Taurus with Crazzy Steve and Rosemary defeats Kaleb With A K in a Single Match, whose match was one minute long.

Previously, Larry D with Tenille Dashwood and Kaleb With a K, held a promo repudiating Decay. Kaleb issued a challenge to any of their members and immediately Rosemary and Crazzy Steve introduced their newest addition, Black Taurus, who accepted Kaleb‘s challenge.

Black Taurus‘ first participation in IMPACT Wrestling was in August 2019 when the company made TV tapings in Mexico City.

Black Taurus will also continue to have merchandise with Masked Republic and that already announced was his action figure from Boss Fight Studios that should be out by the end of the year and Masked Republic reported on social media yesterday that he has a t-shirt coming soon to the Hot Topic website. Also currently available are posters on PosterFoundry.Com and t-shirts at PopThreads.Com.