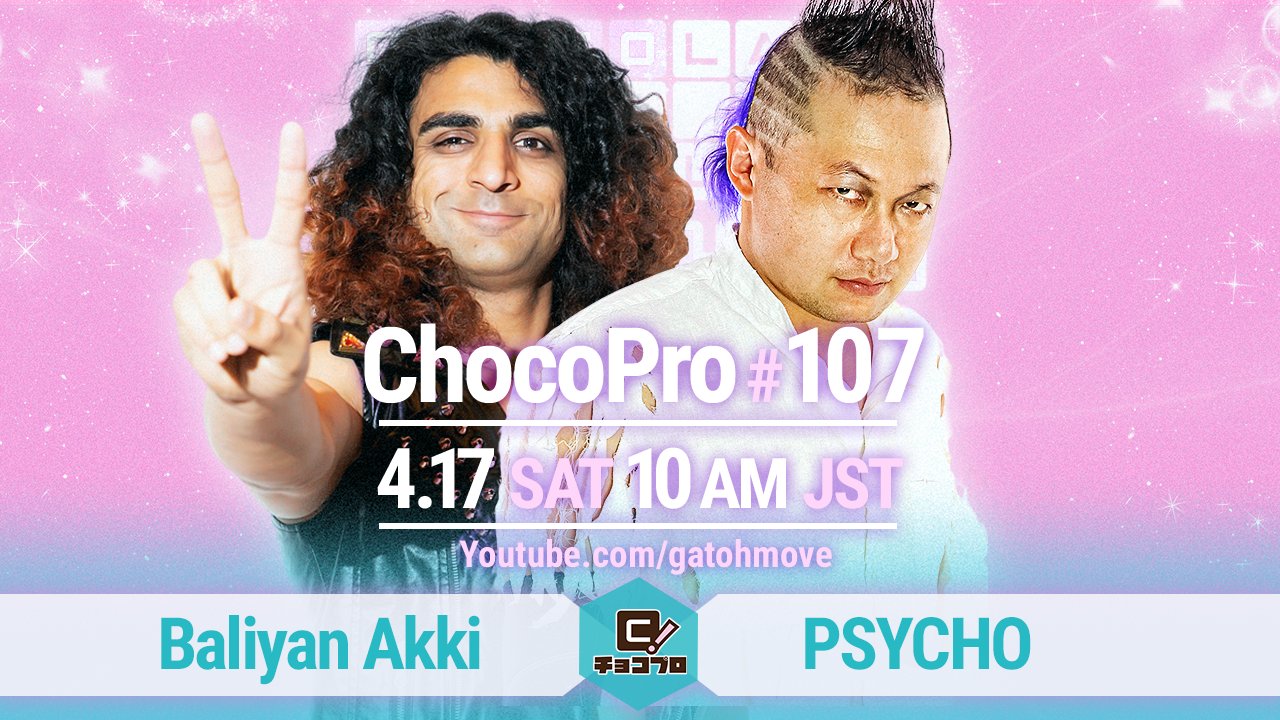 You may have been wondering where the ChocoPro reviews have gone here at Lucha Central ever since ChocoPro #100. I have the answer; a two week vacation. That’s what happens when my birthday and The Collective fall on back to back weekends, and after trying to review CMLL and ChocoPro at the same time before all of that noise I felt it best to focus on one thing. Thus I took a few weeks off from based ChocoPro…but now the break is over! I am back tonight to give you a review of ChocoPro #107, a show with all the ChocoPro goodness you’re heart desires. So what are we waiting for? For the first time in a few weeks, let’s review!

Antonio Honda & Tokiko Kirihara defeated Lulu Pencil & Minoru Fujita (Pencil Army) after Honda pinned Pencil with a Deep Clutch Cradle pin.  If the Grey Sweatpants Battle Royal hadn’t happened just last weekend I would say this was the funniest match of the month. Alas we didn’t get Antonio Honda or Minoru Fujita doing boy band numbers while oiled up and OH MY GRODD WHY DID I JUST PUT THAT IMAGINE IN MY HEAD?!

But yes; this was hysterical. Every single moment of this was basically comedy and considering that’s the strength of Lulu Pencil and Antonio Honda, I’d dare say it worked! There were rubber hammers, Emi Sakura watching the match from the window with the same look Hunter S. Thompson had when he came across himself in that Fear and Loathing in Las Vegas scene, paper fans, a rubber scepter, dance sequences and I believe at one point Antonio Honda tried to sell honey. Or maybe it was syrup? Either way I was dying. If you’re not into this sort of thing then you probably had a bad time. Of course you also probably have no soul either, so maybe you want to get that checked. For everyone else this was wonderful. *** ¾

Chie Koishikawa defeated Waka Tsukiyama after pinning Tsukiyama following a Chop out of the window that would’ve left WALTER doing the Jamie Noble nod of approval. I even yelped out when it happened! This was my first time seeing Waka Tsukiyama, which makes sense considering this was her ChocoPro debut. All I can tell you about her is she’s a two year pro, she seems to have some sort of Satan gimmick and she shares the same name as a Final Fantasy X character. Judging by this one appearance she seems to be more pleasant than that dude. But that’s not surprising; have you seen some of his opinions?! 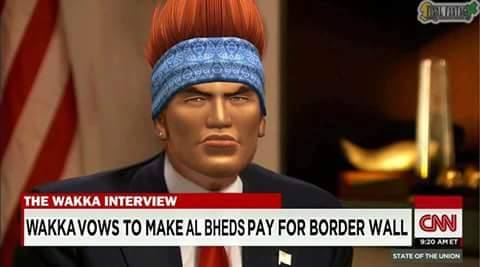 This match was TENSE! It wasn’t always the best wrestled and some of the spots were repetitive, but the tension in some of the sequences really made up for it. Waka seemed all bubbly and stuff at first and then became vicious once the bell rang, employing some nice submission holds in the middle section. And Psycho Chie was appropriately Psycho Chie; bat shit insane and doing stuff like going dead silent and grabbing a scared Waka’s face as she lay against the wall. It was like something out of Twin Peaks: Fire Walk With Me, only if that movie wasn’t, you know, out of its mind and took place in a tiny room in Japan. Anyways, I enjoyed this! Not enough to be a great match (again, it was too repetitive in spots) but I liked the intensity, I liked the chops and I liked the submissions. A borderline match. *** ¾

PSYCHO defeated Baliyan Akki after pinning Akki with a Scissor Style Overdrive after CHANGO sprayed something in Akki’s eyes while the referee (Emi) was distracted. Really, really good finish to a match that just made it over the finish line. I’ve said it before, I’ll say it again but Baliyan Akki is just tremendous. His selling of the arm in this match was impeccable and his athleticism really stood out in this one, helped a lot by PSYCHO being on his level in that department. They went and back and forth, we got some nice hurricanrana’s from PSYCHO (including one out of the window and to the outside), the usual mix of great reversals and the finish was both well done and effective for setting up Best Bros vs. CHANGO and PSYCHO for ChocoPro #108. A great main event, if not a super match like Akki-Fujita. But then again that was Akki-Fujitia; a match like that comes along once maybe two, three years? ****

And with that I am off too…oh man; WHAT A GOOF WHAT A GOOF! I almost forgot the main event. JANKEN TOURNAMENT, GET ON DOWN HERE!

Lulu Pencil defeated Chie Koishikawa with Rock on the first try. I go away for a bit and Psycho Chie is back to losing!

Minoru Fujita defeated Waka Tsukiyama with Paper on the SIXTH TRY! Not since Flames-Canucks, Game 7 of the 1989 Stanley Cup Playoffs has there been such an epic battle. Also, Waka wore a Slytherin t-shirt during this because why not?

Baliyan Akki defeated PSYCHO with Paper on the third try. AKKI HAS HIS REVENGE AND IT WAS SERVED COLD AND WITH PAPER! Too bad he didn’t go full Khan here. 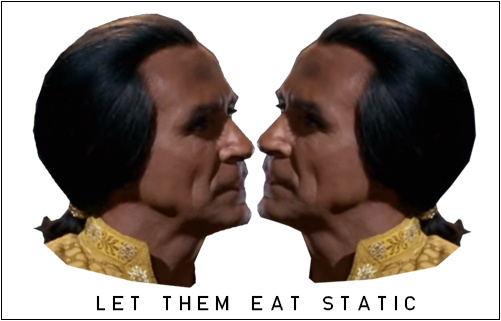 Emi Sakura defeated Baliyan Akki with Rock on the first try. POST MATCH ATTACK! I guess Akki is still upset about that finish.

Emi Sakura defeated Minoru Fujita with Rock on the first try. Emi Sakura is your ChocoPro #107 Janken winner! BASED QUEEN EMI FOR THE WIN! I knew it all along. Actually no I didn’t but if we can pretend that I did that would be sweet. Also, we got Chie vs. Fujita set up after this for ChocoPro #108. I’m crediting Emi’s win for such greatness being made.

And on that note we are out of time. Good to be back on the ChocoPro beat sports fans. I’ll see you tomorrow for #108. TILL THEN!