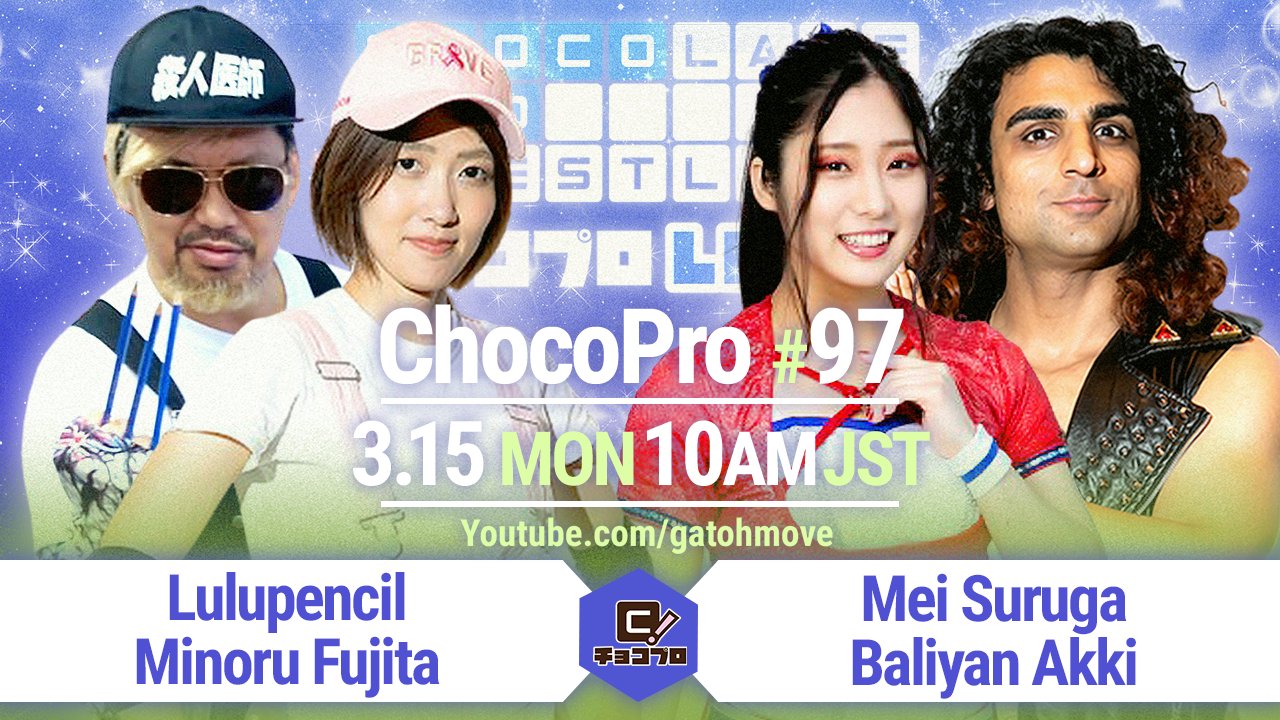 What’s better than two ChocoPro’s during a weekend sports fans? I’ll tell you; THREE ChocoPro shows in a weekend. That GATOH Move gang has outdone themselves on this one. For the third straight night we got a dose of ChocoPro action and for the third straight night it was a hopping good time. In fact I dare say this was my favorite of the three shows, and could’ve even been better if the main event had gone on as planned. As such we got a great opener, a great main event and another helping of JANKEN!!!! What more could you ask for from Based ChocoPro? And with that, let’s review!

Choun Shiryu & Sayuri defeated Chie Koishikawa & Emi Sakura after Choun submitted Koishikawa. STUNNING RESULT! I’d say this was the most shocking thing I’ve seen in the past day but then again I saw reviews saying Zack Snyder’s Justice League was good. You can’t top that shit; that’s the biggest miracle in history that didn’t involve ice. 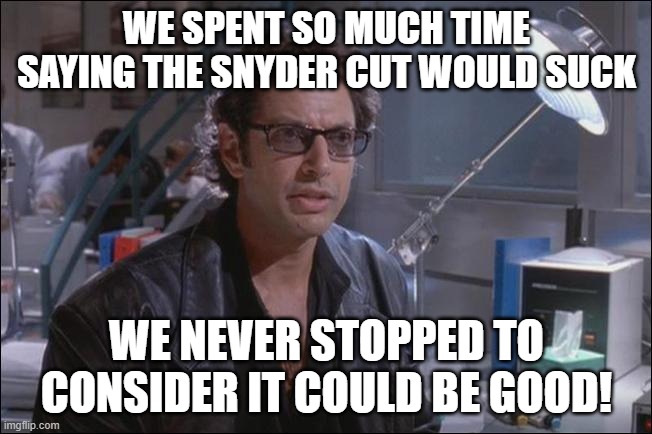 Can’t wait for the scenes tomorrow when more reviews come in revealing the movie sucks, dating this meme!

This was a GREAT opener. Absolutely loved it. The talent level was off the charts between Choun, Sayuri and EMI THE BASED QUEEN and they provided some great technical work throughout (Emi’s facials during some spots where just top notch too). The star though was Psycho Chie! She may not be on the level of the other four in terms of wrestling but she’s more than capable, her charisma is of the charts and MY GOODNESS THAT STRETCH MUFFLER! The only problem with it is it’s not finishing enough people off; I’d have that thing be deadlier than a Mortal Kombat finish. Throw in that she stopped people from doing moves just by screaming (MAGNIFICENT!) and I was just in awe. A deliriously great opener. **** ¼

Baliyan Akki & Mei Suruga (Best Bros) defeated Lulu Pencil & Minoru Fujita (Pencil Army) after Cool Ass Mei submitted Lulu with a One Armed Cattle Mutilation. This was PERSONAL! For some reason Mei hates the Pencil Army; you could tell because instead of her usual demeanor she was like me when I get to the Sunkist aisle and there’s no Sunkist. Lots of aggression from Mei here. It worked because I thought she brought nice intensity to a match that, like the opener, was loads of fun. Mei was great, Lulu Pencil remains a delightful character who does enough to hide her shortcomings and my goodness Baliyan Akki and Minoru Fujita were awesome. They had a sequence during this match that was just splendid; great back and forth, great technique from Fujita, tremendous athleticism from Akki and a striking battle to remember. It really couldn’t have come together better given all the pieces involved. Another great match. **** ¼

Tokiko Kirihari vs. Yuna Mizumori didn’t take place as Kirihari wasn’t there. As best I can tell it appears something occurred with Kirihari that forced her out of action. Hope everything is okay with her. In place of the match they did a quick angle where Mizumori came out, attacked Emi Sakura (who was to ref the upcoming match) and then everyone else there. Why not right? All of this then led into JANKEN!

Chie Koishikawa defeated Emi Sakura with Rock on the third try. There are upsets, there are major upsets and then there was this result. The only thing that would’ve made it better was 2002 Jim Ross screaming “CLIMB THE LADDER CHIE! MAKE YOURSELF FAMOUS!” Would’ve popped huge for that.

Sayuri defeated Baliyan Akki with Rock on the first try.

Choun Shiryu defeated Chie Koishikawa with Rock on the first try. What a turnaround. It looked like Rock was faltering, and then this matchup came along and Rock was like Cameron after Bianca Statford kissed him in the car. AND I’M BACK IN THE GAME! Also; what do we say about Chie getting that Janken Tournament victory?

Sayuri defeated Lulu Pencil with Scissors on the first try. I’m beginning to wonder if Chris Brookes joining Pencil Army was a mistake. It’s been all downhill for them since.

Sayuri defeated Choun Shiryu with Paper on the first try. Sayuri wins the  ChocoPro #96 Janken Tournament. After all that dominance from Rock, we learned once and for all that the Paper is truly mightier than the gravel.

And with that my work is done sports fans. See you tomorrow for the first ever episode of AEW Dark: Elevation. Going to be a fun time I think. TILL THEN!