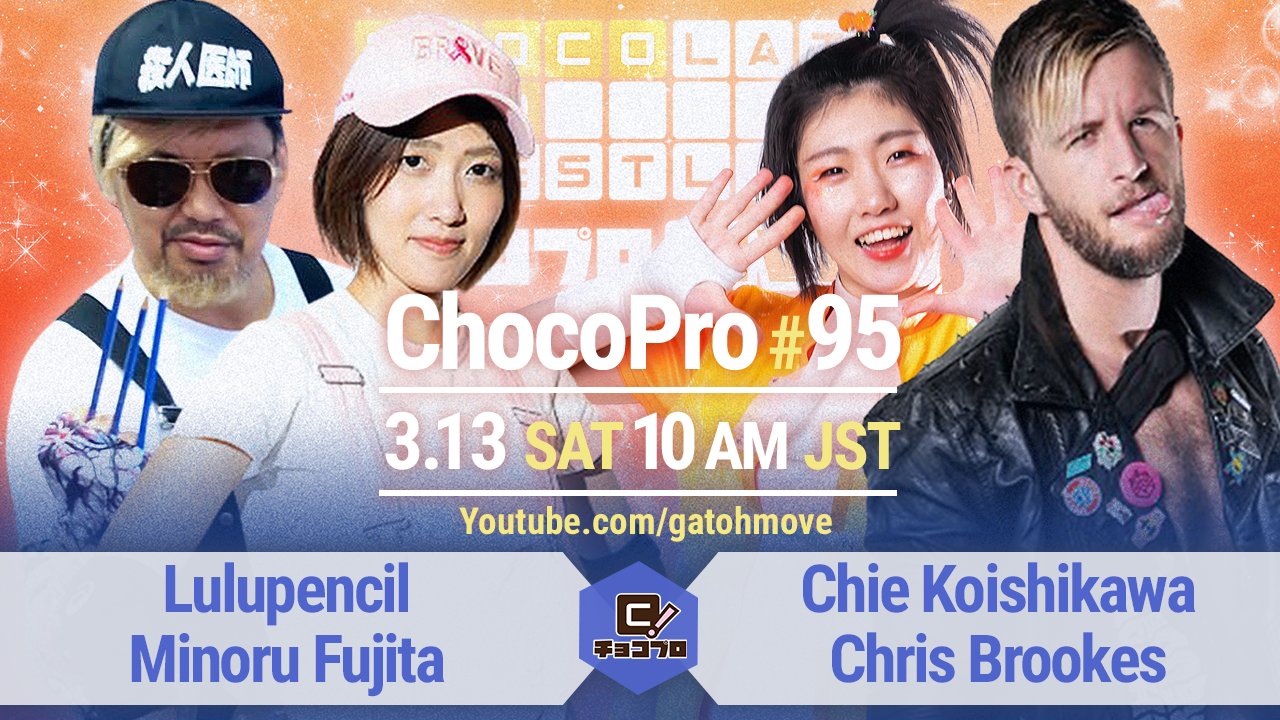 Riddle me this sports fans; what is the only cure for one of the best luchadores in the world not having his release granted by his out of touch boss? The answer; ChocoPro #96. GATOH Move’s signature show and the best thing to happen to wrestling since Dario Cueto made Dorian Roldan sign the contract for Lucha Underground was back tonight. It featured a comedy match, the endless battle between BASED QUEEN EMI and Cool Ass Mei Suruga and a main event featuring a tall ass dude and the great Lulu Pencil. Needless to say it was a great show. Now let’s review it. I’ve got protests in La Sombra’s name to attend.

Antonio Honda defeated Sayuri after pinning Sayuri after sitting down on a rolling crucifix pin attempt. I believe this may have been one of only ten wrestling holds in this match as the rest of it was chops, comedy, dance numbers and at one point a fox sock puppet! That’s right; you are looking at Yezka’s next big rival! We just got to get a ChocoPro clip to Mr. Iguana and it’ll be ready by tomorrow. But yes; this was hysterical . Honda is an absolutely hysterical wrestler and Sayuri was more than a game for his antics. She also does a mean finger gun pose; way better than those Charlie’s Angels girls. Most importantly, there was a sock puppet doing moonsaults. How can I hate a match that had a sock puppet doing moonsaults?! Good comedy match to start the show. *** ½

Baliyan Akki & Mei Suruga (Best Bros) defeated Emi Sakura & Sayaka Obihiro after Akki pinned Obihiro with a Mahistral Cradle. I’m not sure whether this was for the Asia Dream Tag Team Championships or not, but it’s moot because Best Bros were victorious because ALL IS RIGHT WITH THE WORLD! Except for the fact that La Sombra can’t get his release from the tyrannical butt munch known as Vince McMahon. DAMN YOU VINCE! 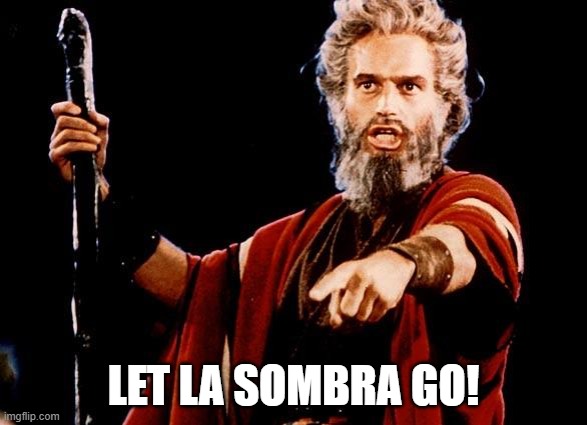 This match was great. I know; stunning development for a match involving Baliyan Akki, Cool Ass Mei and EMI THE BASED QUEEN! Don’t you love it when great matches are the norm? They basically paired Mei with Emi and Akki with Obihiro and let those pairs just go. It worked. Emi and Mei were even better than usual; they had their routine stuff but I loved some of the curveballs they through, like Emi trying Mei’s Cattle Mutilation but being unable to do it, and Mei attempting her Sunset Flip pin but being stopped by Emi collapsing from the pain. Great understanding of the little things there. Meanwhile Akki and Obihiro provided their own technical expertise, with Akki throwing in his trademark flair. What’s not to like about this one? Well other than the news of Sombra’s release being denied. Take that away and this ruled. ****

Chie Koishikawa & Chris Brookes defeated Lulu Pencil & Minoru Fujita (Pencil Army) after Brookes submitted Pencil with a hold whose name I do not know but would love to see again. It was the GNARLIEST of pretzels I tell you. Brookes was bending Pencil more than WWE fans bent their minds trying to defend WWE’s misuse of La Sombra. Will I let this Sombra thing go you may be asking? Well I’ll answer your question with another question; is anything better than ChocoPro? No. And now here’s an Emi gif.

Halfway through this match I thought it was entertaining but would top out at “good.” Then it kept going and wound up being borderline great! The sheer force of charisma and personality is a powerful thing. Well that and Chris Brookes. He is one tall man who happens to be both really entertaining and a really, really awesome pro wrestler. He had some really nice battles with Fujita here, played off the madness of Chie and Pencil very well and then had an honest to Grodd great closing stretch with Pencil at the end of the match. It’s not to take anything away from Lulu; this was easily the best I’ve ever seen her. She’s not the most experienced worker though and that’s where you could see Brooke’s talent in how he was able to get the most out of her for that really good finishing run. Fujita meanwhile was delightfully gonzo and I’ve still yet to see anyone do a Stretch Muffler better than Psycho Chie! She’s the best. They’re all the best. That’s why ChocoPro is the best! So yeah; I wouldn’t say this was a great match but it was borderline and a highly entertaining close to the matches. *** ¾

And now, in the words of Jake Taylor in Major League, I guess there’s only one thing left to do. What is that? MEGA JANKEN TOURNAMENT!

Chris Brookes defeated Lulu Pencil with Scissors on the first try. This ruled because Brookes’ victory prompted Baliyan Akki to scream “THERE IS NO GOD!” I have that same reaction every time someone scores on me in FIFA 16, which I still play because I’m a noob.

Sayaka Obihiro defeated Mei Suruga with Rock on the first try. We now go live to my reaction to Cool Ass Mei losing.

Rin Rin defeated Chris Brookes with Paper on the first try. You cannot stop Rin Rin, YOU CAN ONLY HOPE TO CONTAIN HER!

Antonio Honda defeated Rin Rin with Scissors on the first try. Evidently you can, in fact, stop Rin Rin. This result generated more heat than when Taker’s streak ended.

After the dance we get a few announcements, though none bigger than CHRIS BROOKES JOINING THE PENCIL ARMY! You have to feel for MJF here; reveals his new stable just a few days ago on Dynamite and in walks Chris Brookes to steal the spotlight and make Pencil Army THE stable in wrestling. Can’t wait for Team MJF vs. Pencil Army, Exploding Blood and Guts Match at AEW Double or Nothing 2022. Hopefully all the bombs go off this time.

And with that I’m off to play some Super Smash Brothers, original edition. Cause I’m cool like that. I’ll see you for the next ChocoPro sports fans. Till then, don’t forget to tip your waitress, always have an escape plan, accept Emi Sakura as your savior and, of course, damn the man and free La Sombra!