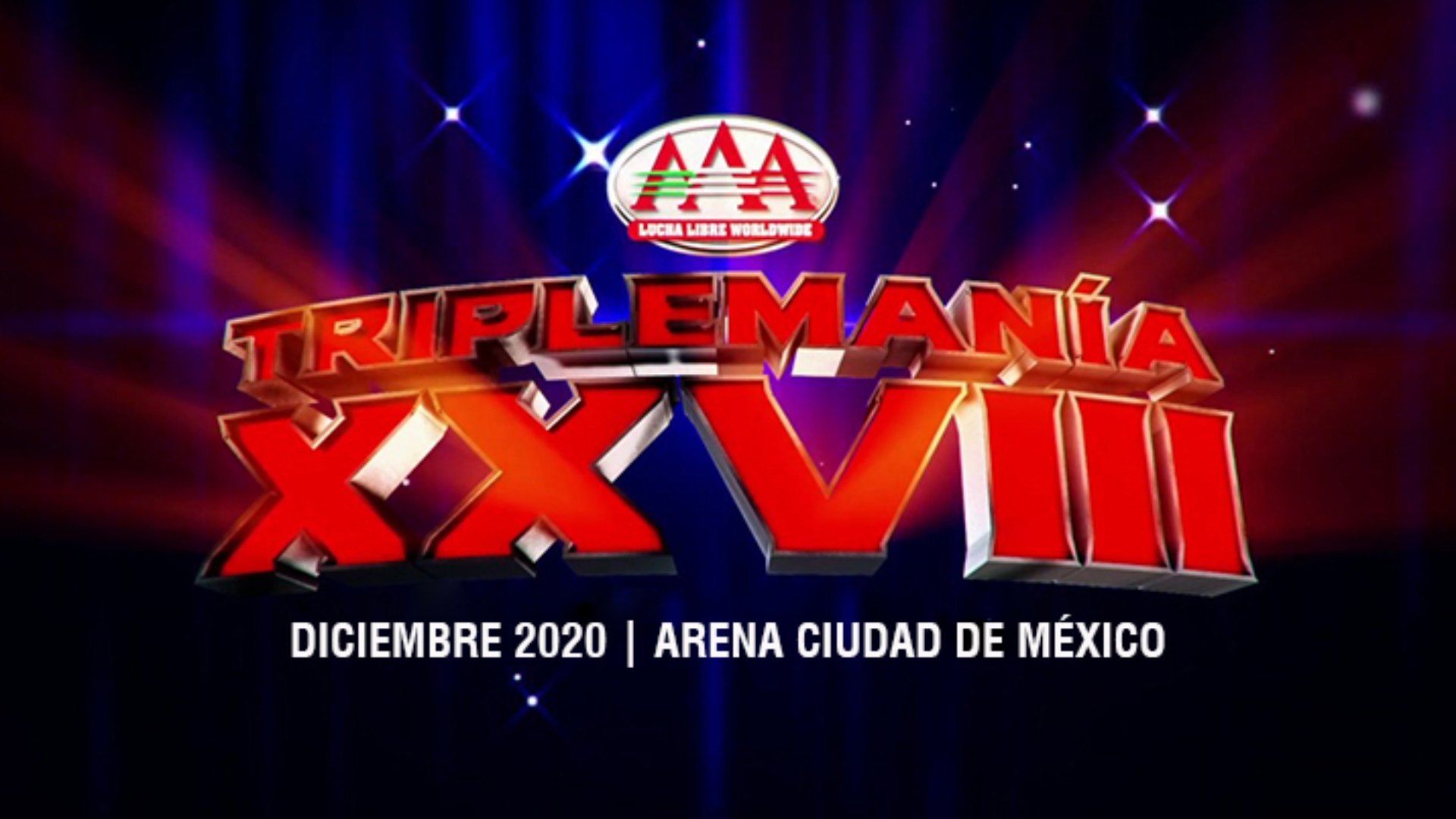 Well it’s been a day in Triplemania news. We began the day thinking what we thought at the end of last week, after sources told Lucha Central that Triplemania XXVIII would indeed happen this year, in a closed door capacity, on December 26th. By the late afternoon it appeared our sources were incorrect, after Space, the Turner TV network in Mexico that broadcasts AEW and their partner, All Elite Wrestling, released a Triplemania poster claiming the date of the show was December 12th. And as of this writing all of that has changed again. Not long after the post on Twitter, Space deleted the post claiming Triplemania would take place on December 12th. Soon after Lucha Central finally spoke with someone with AAA over the phone, who claimed that there was no set date for Triplemania. It’s all so confusing, and will be until this Monday, when AAA will finally hold a press conference at 11 a.m. CST (12 p.m. Eastern) and, presumably, announces the date.

This will, hopefully, end the speculation of whether AAA would be able to fit Triplemania XXVIII in to the pandemic riddled year of 2020, as well as whether they’d be willing (or able) to run a Triplemania without fans. The promotion had been hopeful to run the show with fans in Arena Ciudad de Mexico in December, but as Mexico City continues to be in the orange of Mexico’s color code, with a serious threat of rising to red status as contagions continue to increase, a no fans Triplemania appears to be the most logical path regardless of whether the show is on the 12th or the 26th (we can safely eliminate the 5th, which is less than a week away, or the 19th, the same day as a major Canelo Alvarez fight).

As of now, Lucha Central has not received any denial (nor ever has) on our reporting that Taya vs. Lady Shani for the AAA Reina de Reinas Championship, making it the fourth match on the show as of now. The three announces matches include All Elite Wrestling’s Kenny Omega defending the AAA Mega Championship against Laredo Kid in a match originally booked for Rey de Reyes this past March; the match will possibly see Omega walk in as AEW World Champion as well, as he’s scheduled to face Jon Moxley for the title on AEW Dynamite December 2nd, Chessman will (hopefully) end his feud with Pagano in a hair vs. hair match that is sure to be absolutely and the beginning of the AAA/Marvel partnership  as Aracno (Spider-Man) and Leyenda Americana (Captain America) will take on Terror Purpura (Thanos) and Venenoide (Venom); the luchadores behind the characters have yet to be revealed, though it’s expected most will be made up of foreign talent (it had been reported Kylie Rae was to be one of the characters before she retired from wrestling last month). It’s expected the press conference will provide us with the rest of the matches on the show.

Lucha Central will provide full coverage of the press conference Monday and will keep you updated on further developments regarding this story.

Note: The story was initially talked about on episode 28 of Lucha Central’s Spanish podcast. Discussion of Triplemania starts at the 27 minute mark.