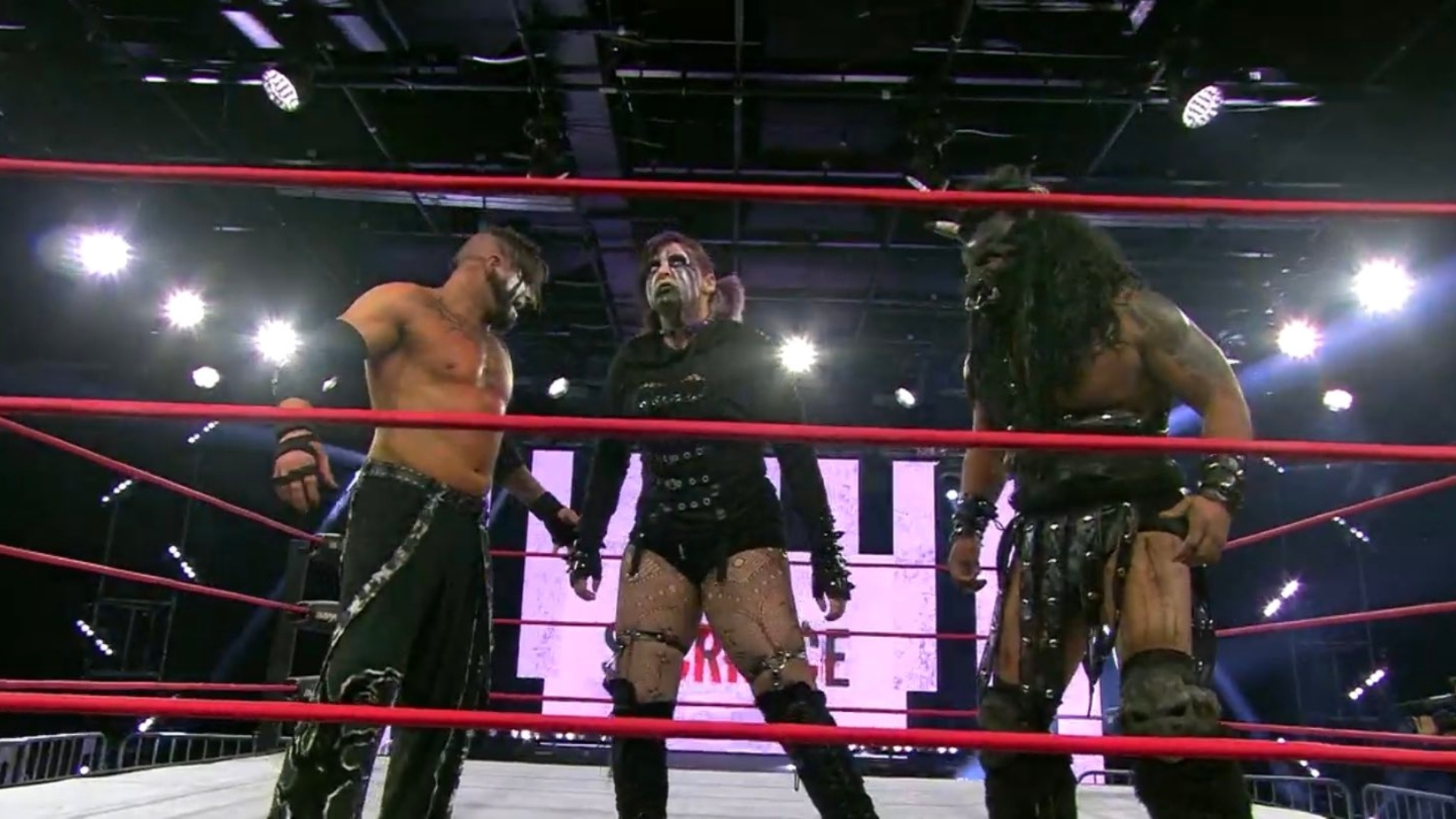 Reno Scum controlled almost the match, but after several twists and turns, Rosemary threw the Green Mist at Luster and allowed a joint attack from Decay before the Black Taurus’ Taurus Bomb over Luster to win the match.