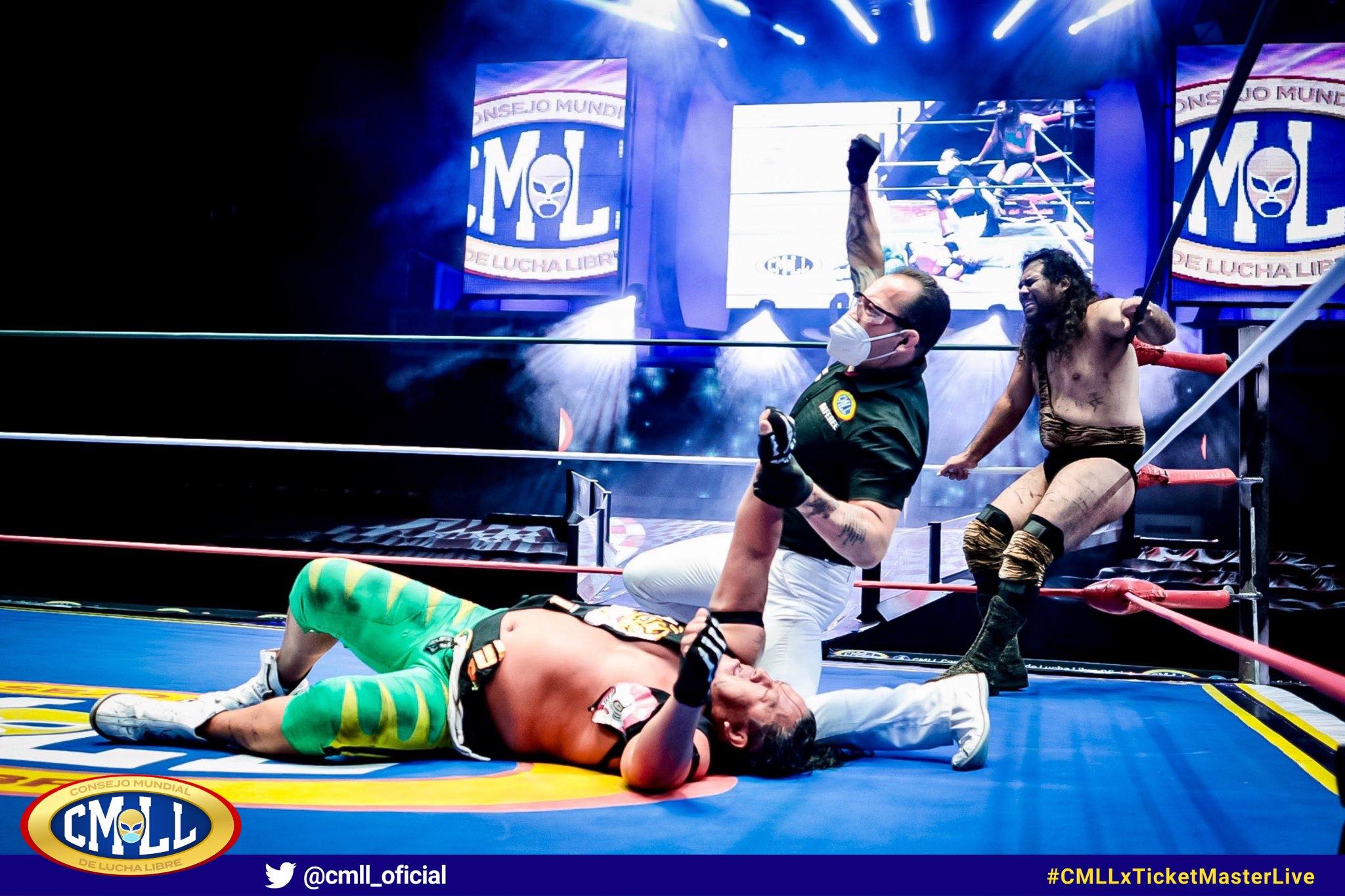 We’re back; back in the CMLL groove! Yes sports fans; the serious and the unstable (or as I like to call them, the seriously unstable) returned tonight with their first live Friday show since March. And boy oh boy was it a whole lot of the same minus the crowd. Honestly I think where you fall on this show will come down to one simple factor; whether or not you paid to watch it or found other means of watching it. If it was the latter, this show was acceptable. If it was the former, not so much. For me, I found the matches to generally be incomplete (with the third fall largely featuring the best stuff), the booking being putrid after the first two matches and the women’s division proving once again why someone, anyone, needs to be in charge besides whoever is in charge of the division now. Don’t worry; we’ll get to that shortly. For now let’s just pop up the Moses pic and get started; I’ve got Final Fantasy to play and prep for previewing a LUDARK match to get to.

You got to love lucha libre; it’s the only place where you can start a show, know there’s going to be issues with the stream and then boom; problems with the stream! It’s as predictable as Vince McMahon making at least one dumb decision a week. Because of this I missed a good chunk of this match refreshing my computer; what I saw was thankfully better than I expected. I fully credit the great El Coyote for this. Diamond looked a little more active than usual but even months later he still strikes me as the same old Príncipe Diamante, which is to say he’s as exciting as a 3-3 football game. Then again we already knew going in Coyote would have to carry things, and aside from his unnecessary Canadian Destroyer he was more than adequate at making this a more entertaining than usual opener. Good work from him. I wish he had a better opponent, but Coyote alone was enough to, gasp, make this the most memorable CMLL opener of the year. I know; steep bar to clear there!

For two falls this was a match that I would call…fine? I mean there was some decent work, most of it was smooth but I’ve seen more excitement watching Hayden Christensen performances. Fortunately in CMLL there are three falls and the third fall here was TUBULAR. In particular, Vulcan from Flash Gordon would’ve been pleased.

So yes; there was a dive train in this third fall and it ruled. Guerrero Maya Jr. had a great surprise tope, Espíritu Negro had a solid of his own and then Audaz and Rey Cometa played a game of “top this son!” with a cool tornillo moonsault (Audaz) and the return of the Brillo Cometa (Cometa). I was cheering like the Canucks had just won Game 7. The rest of the fall was strong too, with a great starting sequence between all four, some nice near falls and CMLL then making sure to put Cometa and Negro strong with some great double teams to finish off Maya and Audaz. I did think Negro looked a little lost at times there but he was overall fine, Cometa was brilliant as always and while Maya and Audaz (especially) can do more, they were meant to be supporting players here and they did a great job of making Negro and Cometa look good. And really that was the whole point of this given Cometa and Negro are likely going to the Aniversario. The match being good helped, but CMLL getting fully behind Cometa and Negro and giving them a convincing win was what needed to happen. To my shock (this is CMLL after all!) that’s exactly what happened. Props to them and props to all involved for this good match.

There’s a phrase I had in mind for this match. What was it again? Oh yeah; a miserable piece of self indulgent tripe. Boy did this suck on every single level sports fans. For one the match blew chunks. There’s no other way to put it. Marcela didn’t appear to mentally show up till the third fall and even then it was only sparingly, Dalys seemed to take five steps back since I last saw her and Reyna Isis is, well, Reyna Isis; she tries, she’s better than she was in 2015 and I’m still pretty sure she’s topped out at mediocre. Only Princesa Sugehit seemed to give a damn here and even then she’s only going to give you so much. And if that wasn’t bad enough, the match was geared with only one goal in mind; put Dalys over at all cost. The problem is that doesn’t work when Dalys has gone over more than Hulk Hogan and Steve Austin combined, all while being more of a chore to watch than Johnny Depp after 2004. Quite frankly I would’ve rather re-enacted the scene from Casino Royale where Daniel Craig gets nailed in the balls multiple times than watched this again. The wrestling sucked, the booking sucked; everything sucked. A depressing experience, signaling once again there truly is no light at the end of the tunnel right now for the CMLL luchadoras.

Here was me when I saw Sansón was replacing Último Guerrero.

And now here’s me after this match.

Honestly it made no difference sports fans. What made a difference was the booking. For the first two falls it sucked, with CMLL inexplicably making Bandido, a world class luchador, look like the equal of Flyer, a dude who on some days gets nervous tying his shoes. Incredibly strange stuff, which also contributed to the match being very so-so. Then we got to the third fall and things changed for the better. Bandido was absolutely tremendous, Flyer reminded us of a time when it looked like he could have breakout potential and Volador…well he kind of just played the hits but he was solid. And all three rudos were great, with Sansón finally acting like a top star, Gran Guerrero doing Gran Guerrero things and Euforia being the absolute god of lucha libre that he is. I HAVE MISSED THAT MAN! He was a basing machine throughout this (along with his always great double teams with Guerrero) and his stuff with Bandido makes it all the more a shame that, much like a Speed Racer sequel, we’ll never see a singles match between these two. Naturally this match all ended with an unmasking DQ (albeit a clever one; Volador took Guerrero’s mask off with a headscissors) so perhaps we’ll get a (hopefully) better version of this match next week. This week however it was a match that was lacking in the first two falls, then turned it up in the third to make this a solid match.

This was, without a doubt, the best thing on the show…and it was ruined by the finish because CMLL just can’t help themselves to save their own skin. I’m pretty sure if CMLL was given the choice between clean finishes and making millions or doing dumb DQ’s and going out of business, AAA would be buying Arena Mexico by the end of the week because the booking committee is truly an insult to the word stupid. 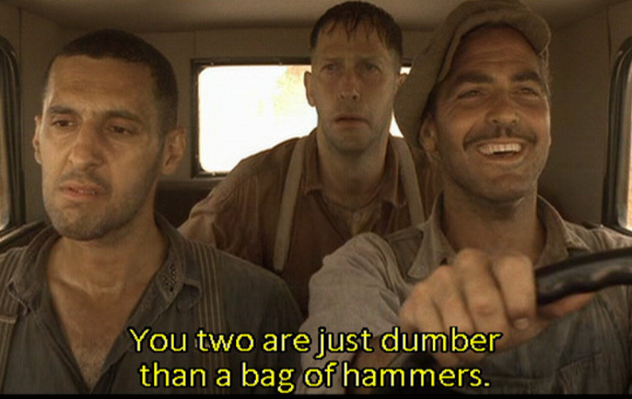 So yeah; the finish, a second straight match to end with a foul, sucked. Everything else was good and some of this was great, particularly the selling of Cavernario’s leg. It was so convincing that I’m leaving a little wiggle room for the possibility that he’s actually hurt; I’m sold on it being a work though because Felino was working the leg over several times. Regardless this was a herculean performance by Cav; if he was selling then it was as convincing as any sell job I’ve ever witnessed and played perfectly into the match (he was even selling the leg while doing the worm!) and if it was real, then he worked his ass off to overcome it and still present a compelling match. And Felino did indeed step up big, showing some great fire and some even better powerbombs. With a clean finish this would’ve been a memorable match. I truly believe that. Instead…we got a low blow. I guess CMLL is thinking they need to keep this heated for whenever fans come back, but I just thought it was quite lame. But that’s life in Arena Mexico. They take two steps forward, four steps back and you’re left like Jake Gittes being pulled away from the wreckage.

And on that note, I’M OUT! See you tomorrow for the IWRG sports fans. Till then… 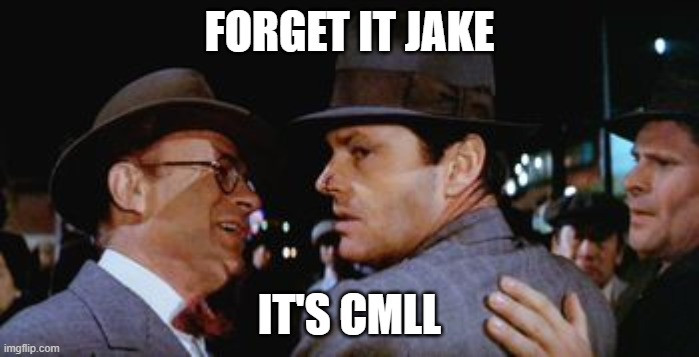