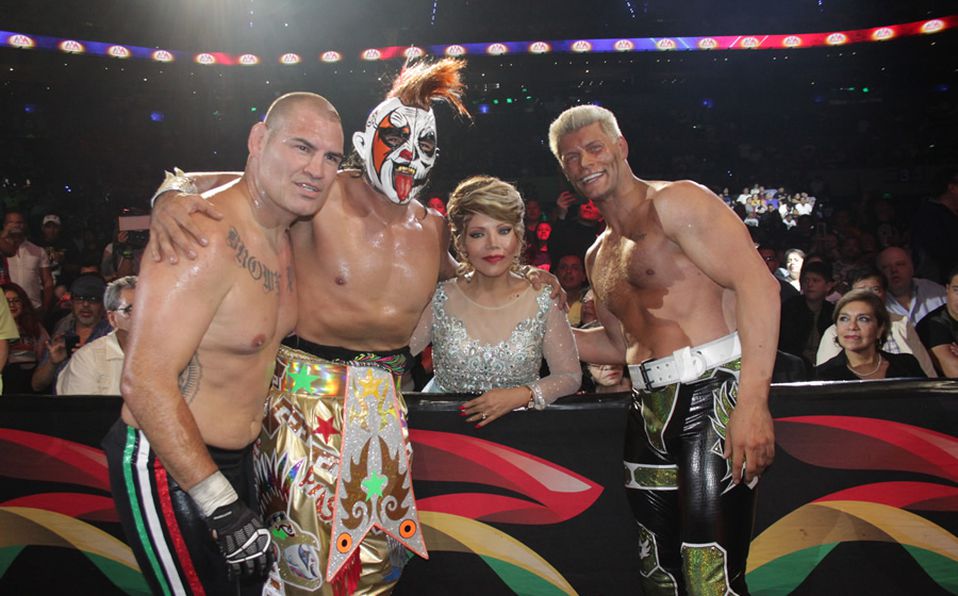 It appears former Lucha Libre AAA and UFC star Cain Velasquez‘ tenure with World Wrestling Entertainment has come to an end only six months after it began. According to Dave Meltzer of the Wrestling Observer Newsletter, Velasquez has become the latest talent from WWE to be released (or furloughed) during the COVID-19 pandemic. WWE has not confirmed the news at this time and there is no word on when exactly Velasquez was given his release.

After a highly successful thirteen year career in UFC, which included two reigns as UFC World Heavyweight Champion, the 37 year old Velasquez decided to pursue pro wrestling after working out at the WWE Performance Center in the Summer of 2018. It was assumed by several that Velasquez would sign with WWE, but instead he would agree to a three match deal with Lucha Libre AAA in March of 2019. Trained by former Lucha Underground star and Southern California wrestling legend Vinnie Massaro, Velasquez‘ would work two matches for Lucha Libre AAA, first at Triplemania XXVII and again at Lucha Libre AAA‘s Invading NY show at the Hulu Theater in Madison Square Garden. His performances were highly acclaimed and brought attention from both Lucha Libre AAA‘s partner AEW and WWE, with WWE ultimately signing Velasquez to a huge multi-year deal. Velasquez would make his debut for WWE on their premiere episode of Smackdown on Fox to confront Brock Lesnar, leading to a feud that culminated in a widely panned match at WWE‘s Crown Jewel event in Saudi Arabia. Velasquez hadn’t been seen on WWE TV since and was reportedly healing from injuries and training, though he did make an appearance at a WWE Live Event in Mexico. A rumored Royal Rumble appearance did not come to pass and no other return date was ever discussed.

While it’s not confirmed at this time, it’s expected that both Lucha Libre AAA and AEW will have at least passing interest in Velasquez once the pandemic lifts. Lucha Central will have more information on this story should it come out.