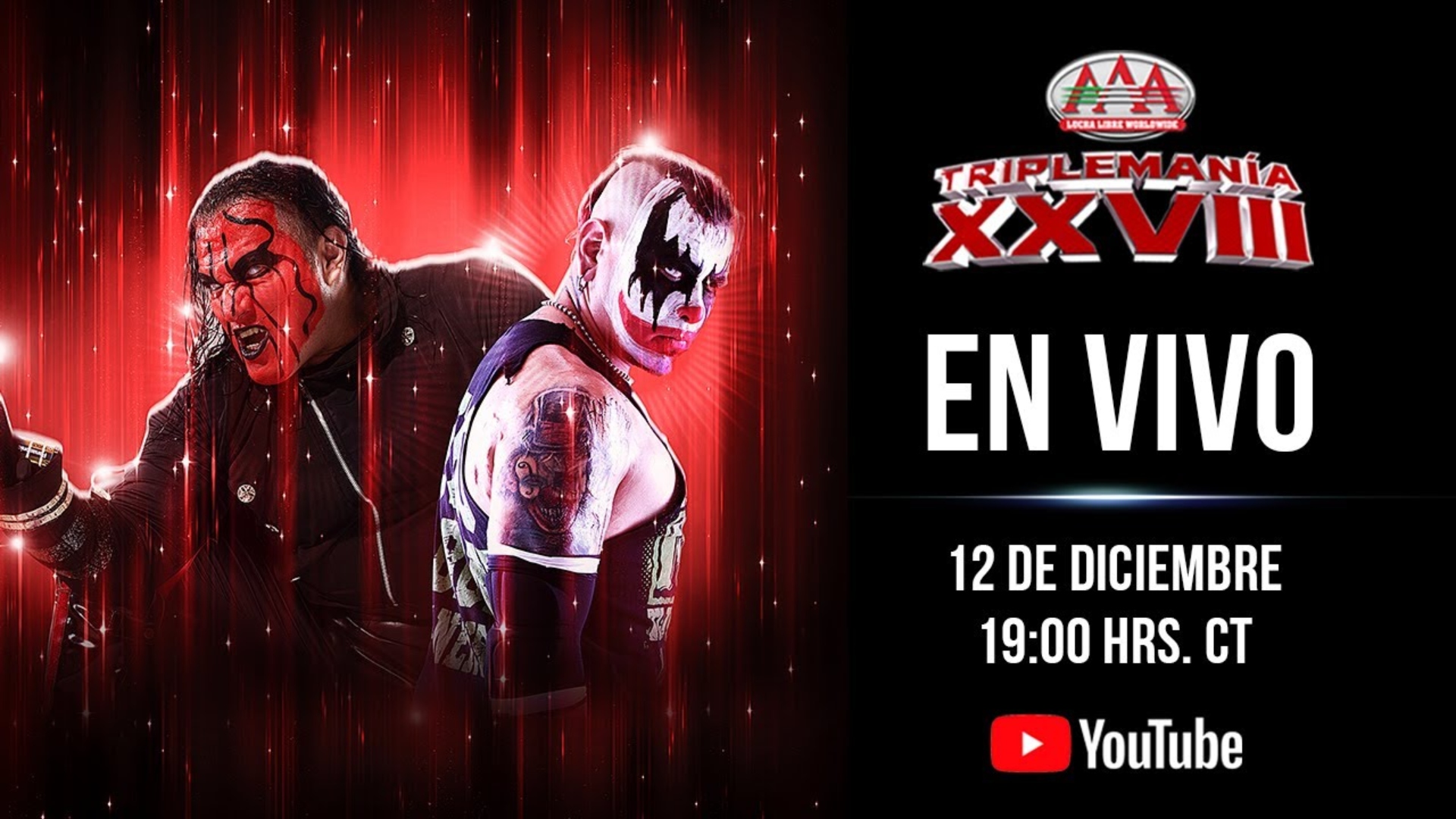 Updated story: The removal of Lucha Libre AAA Worldwide from social media appears to be continuing. Eight hours ago a Reddit user made note that AAA’s Facebook Page had now also disappeared. Lucha Central has confirmed that is in fact the case; while the link to AAA’s Facebook remains it will merely take you to a page that suggests the link is broken or the page has been removed. On Twitter one person noted that the page is still available if you have a Mexican VPN; this would suggest the page is still up in Mexico and down everywhere else in the world.

This comes on the heels of just two days ago when AAA’s YouTube page was terminated and a little more than a week after AAA received a lawsuit from Lucha Libre Factory Made Ventures, essentially AAA’s USA branch and the one time production company of Lucha Underground. As of now the YouTube page remains down, despite some thought that the channel going down was initially a glitch; both stories, and the revelation that AAA’s Facebook remains up in Mexico but down elsewhere, lend credence to the idea that the LLFMV lawsuit is behind this. There is no word yet on the Space TV or Pluto TV deals AAA has.

This is a developing story and Lucha Central will continue to provide updates as they come.

Original story: One week after AAA was sued by Lucha Libre Factory Made Ventures (LLFMV), Lucha Underground’s production company and essentially AAA USA, another odd development has occurred. 45 minutes ago a thread on Reddit claimed that AAA’s YouTube page, one of the places where Triplemania XXVIII aired this past Saturday, had disappeared. Lucha Central has looked into it and can confirm that the YouTube page is no longer available on YouTube. A screenshot provided to Lucha Central by TKD 117 (which can be seen below) indicates that the YouTube page has been terminated.

While no official reason has been provided as of now, the timing coming one week after the revelation of the lawsuit leads one to think this YouTube termination is related. In last week’s lawsuit LLFMV claimed that AAA’s deals with YouTube, Twitch (which has since ended), Facebook Watch (AAA’s Facebook page is still up as of this writing), Space TV and Pluto TV were a violation of an agreement between AAA and LLFMV, which prohibited AAA from making any international deals without LLFMV’s involvement. Triplemania XXVIII aired on YouTube, Facebook Watch and Space TV live this past Saturday with no issues; on Monday however Triplemania XXVIII was surprisingly removed from YouTube with no reason given. With the YouTube channel now gone days later, speculation will point towards the lawsuit, or other powerplays by LLFMV, as behind the removal.

Lucha Central is reaching out to AAA for a response. This is a developing story and Lucha Central will provide updates when available.

Update: A Twitter user has noted that a popular Spanish speaking YouTube channel was removed from YouTube yesterday, only to reappear today, and they wouldn’t be shocked if the same happened for AAA’s YouTube tomorrow.