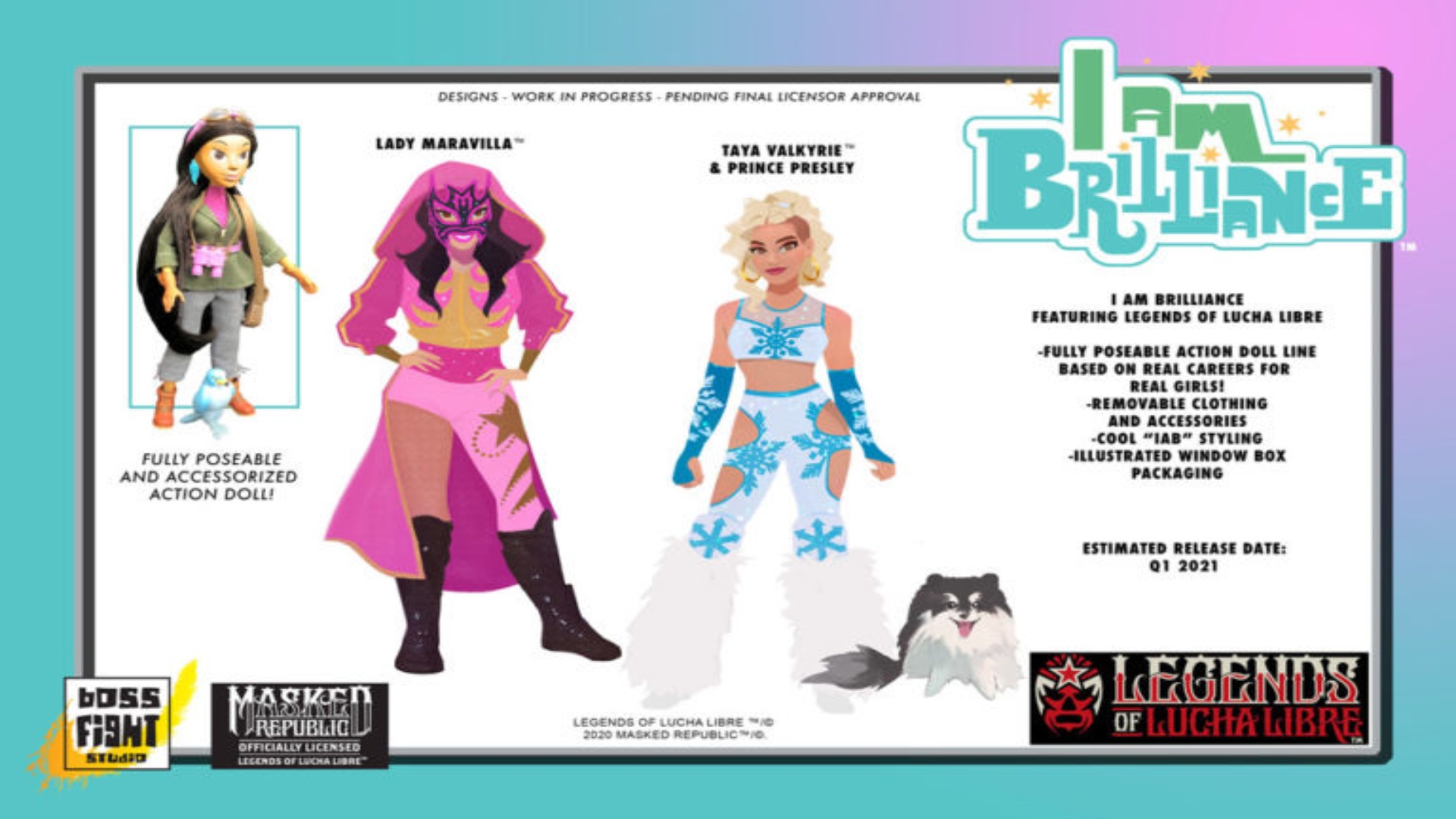 Legends of Lucha Libre stars Taya & Lady Maravilla will be part of the I Am Brilliance line(PHOTO: Boss Fight Studio)
Masked Republic

In an interview with The Pop Insider, Catrina Cerise-Araña, partner and art director at Boss Fight Studio, commented that having her daughter, she also noticed that in discussions of careers they often talk about the supporting or assistant roles. She wanted to help them realize that they have broader options and can aim to be leaders if they want.

Catrina wanted to create this around STEM careers that you might not even think of, to broaden minds and expand possibilities. Each action doll comes with accessories appropriate to their career, as well as an animal sidekick.

Last year, Boss Fight also announced their license with Masked Republic‘s Legends of Lucha Libre. Catrina told Pop Insider, “While the Legends of Lucha Libre stars Penta Zero M & Rey Fenix Premium Collector Figures Wave 1 are already breaking pre-order sales records, we’re also bringing a pair of female Fighters to the I Am Brilliance line! Taya Valkyrie and Lady Maravilla are inspiring, and while not traditionally in STEM, Boss Fight Studios felt alternative careers were worth exploring with inspiring female role models.” They are working with the luchadoras on concepts now and will soon have release dates for the I Am Brilliance crossover wave.