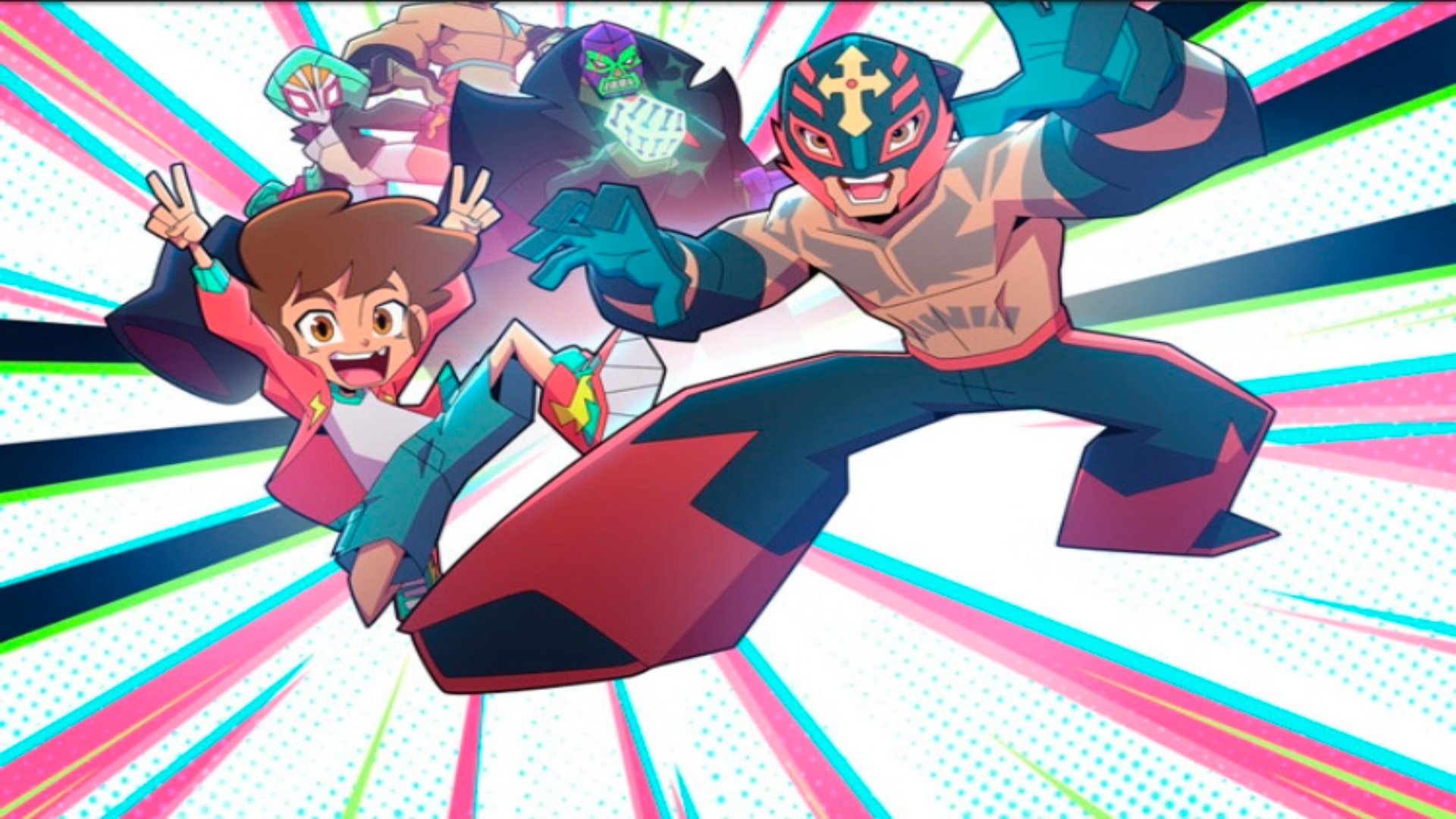 Rey Mysterio is amongst the most famous wrestlers in the world and an icon of Mexican culture, with an impressive career and fans all over the planet. After conquering audiences and building a legacy in wrestling, he will now conquer the world of animation alongside Cartoon Network Latin America with the premiere of Rey Mysterio Vs. The Darkness. The new action and comedy show produced by the Mexican studio ¡Viva Calavera! and developed with Rey Mysterio, will have 10 episodes and premieresin Latin America in 2022.

Rey Mysterio Vs. The Darkness tells the story of Oscar, a wrestling fan, who will team up with his idol, Rey Mysterio, to face supernatural beings and fight the forces of evil, wrestling villains and characters from Mexican traditions and the world of fantasy. Behind these extraordinary opponents is Uroboros,an evil wrestler who uses dark forces that he doesn’t fully understand. Rey Mysterio and Oscar must work together and do their best to defend the city and themselves from his evil plans.

“We are very excited to share this incredible production made in Mexico. We are confident that Cartoon Network and Rey Mysterio fans will enjoy the surprises we have in storefor themand the show will meet their expectations”, said Jaime Jiménez Rión, Vice President of Content and Original Production, WarnerMedia Kids & Family Latin America.

“To have an action-comedy series on Cartoon Network is a dream come true. It’s great how it puts Mexico and lucha libre at the center, and the fact that it stars Rey Mysterio, whom we have admired since we were kids, is out of this world. We believe that fans will love this new series, which is the result of the work and passion of so many people”, added the Hermanos Calavera, founders of the studio ¡Viva Calavera!

Rey Mysterio Vs. The Darkness has a unique visual style that blends Mexican graphic components with a wrestling aesthetic, anime and American cartoons. The action takes place in a world that includes elements of Mexico in an exciting and vibrant city, that will connect with audiences from around the world. With impressive action scenes and endearing characters, the series includes real fighting movements with fantastic elements that will amaze fans of animation and wrestling.

This is a story of big dreams, of action in and outside the ringand unforgettable characters, in a show with Mexican flavor and all the fun and style of Cartoon Network Latin America. Booyaka! 2022 will bring masks, supernatural beings, and spectacular fights with Rey Mysterio Vs. The Darkness. Don’t miss out on the big surprise today, December 9 at 7 pm CST/5:00 p.m. PST on youtube.com/cartoonla