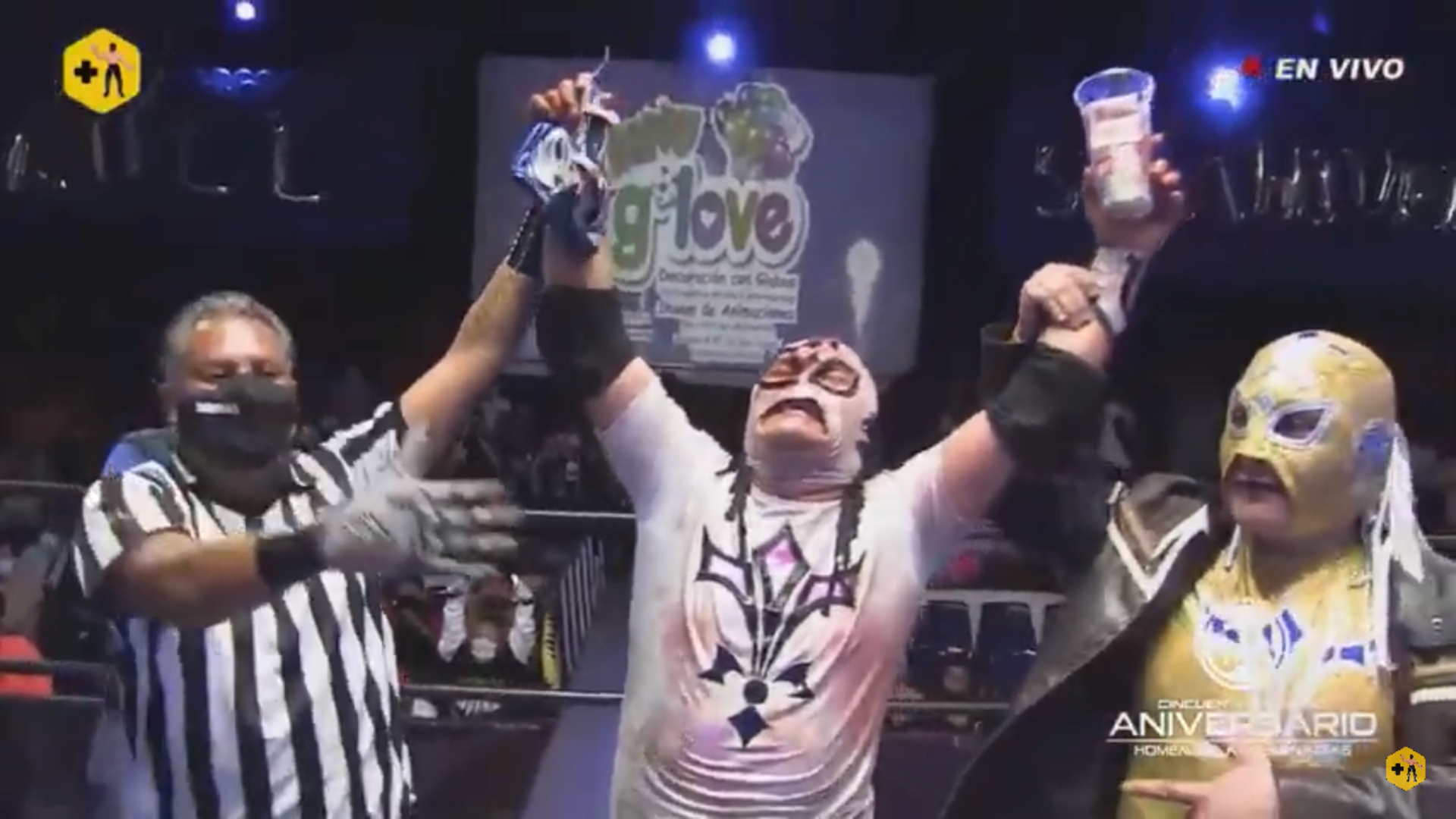 AULL held the Arena Lopez Mateos 54th Anniversary Show at the Arena Lopez Mateos in Tlalnepantla, Estado de Mexico, in which Main Event, Mr. Potro won the Chucho el Roto‘s mask in a Mask Vs. Mask Match. After several interference, Mr. Potro obtained a controversial victory by applying a Powerbomb on Chucho el Roto, but at the time of the count he was touching the rope with his boot but the referee did not notice this and gave the pinfall valid. Chucho el Roto said his name was Jonathan Romero Martinez with 40 years old, 22 of them as a professional luchador.

Blue Demon Jr. won the AULL La Copa Universo after beating DMT Azul by disqualification. La Joya de la Lucha Libre caused his disqualification after delivering a low blow to Blue Demon Jr., an act that was noticed by referee Ponpin Jr. This match was scheduled to be a Triple Threat Match, but at the last minute DMT Azul joined the match.