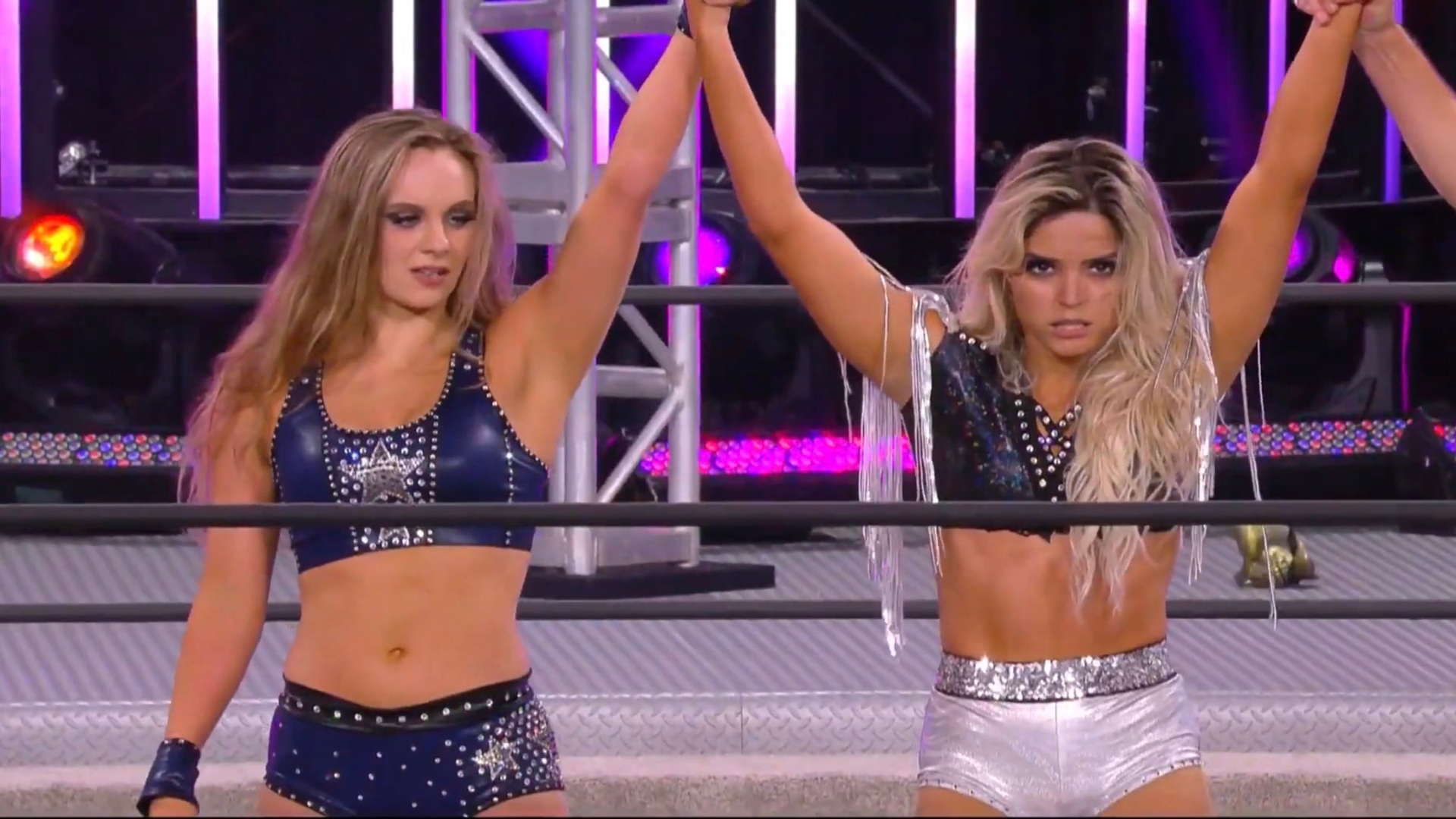 All Elite Wrestling kicked off the AEW Women’s Tag Team Cup Tournament: The Deadly Draw at the Daily’s Place in Jacksonville, Florida, in which quarterfinal matches Tay Conti & Anna Jay and The Nightmare Sisters advanced to the next round by winning their respective matches. Eddie Guerrero’s daughter, Shaul Guerrero, was the ring announcer.

Tay Conti & Anna Jay defeated Nyla Rose & Ariane Andrew (Cameron at WWE). At the end of the match, Ariane Andrew was attacked by Nyla Rose after the defeat, while Tay Conti had a succesfull debut on AEW.

Next week, the winners of the Night 1 will meet their rivals for the semifinal round of the tournament.