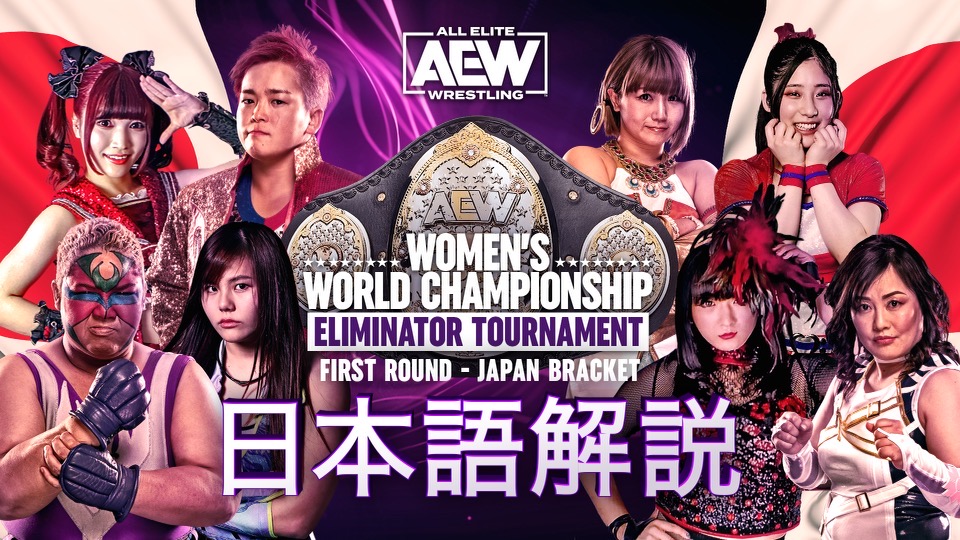 Tonight was an exciting night for yours truly sports fans. AEW kicked off the Japanese side of the bracket for their brand spanking new Women’s Eliminator tournament, a tournament that has really excited me because a) I love tournaments, b) I love women’s wrestling and c) I love it when those two things are mixed together. I especially love it when it includes wrestlers from ChocoPro, the best wrestling show to ever take place in a makeshift living room that ends in a rocks, paper, scissors tournament. As such I spent all day bored out of my mind waiting for this show, hoping I didn’t set my expectations too high. Spoiler; I did not! This show ruled; in fact it ruled so much that I’d argue it was the finest hour of AEW’s women’s division that didn’t involve Riho, Nyla Rose and me screaming my lungs out at the Capital Arena in Washington D.C. All four matches were good, one match was great, Excalibur’s solo commentary was Jean Sebastian-Giguerre in the 2002 Stanley Cup playoffs levels of quality and I’m pretty sure at least four of these women walked out of tonight, if not winners, looking like stars. It was a great night for me, a great night for AEW, a great night for fans of women’s wrestling; just great all around. Now let’s review it! 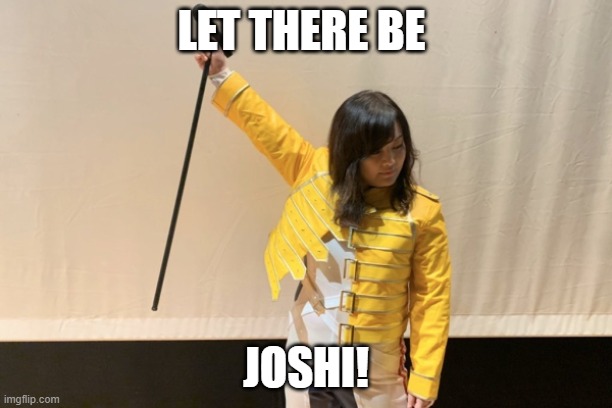 Yuka Sakazaki defeated Mei Suruga after pinning Suruga with a Springboard 450 Splash. On the one hand, this was GREAT! On the other hand, DAMMIT MEI LOST! As a ChocoPro fan I was pulling for Mei here and instead she was out of there like Sammy Guevara at an Impact taping. Result aside though this was the perfect way to start the tournament. Tremendous pace, great submissions and counters from Mei and a surprisingly awesome heel performance from Sakazaki, who I wasn’t sure could actually play the part. She took to it naturally though, bullying Mei around and I believe even sneering at one point. YUKA SAKAZAKI SNEERING! I’ve seen everything. Throw in a lot more time than I was expecting them to get and this was a superb opener with an awesome finish. *** ¾

Emi Sakura defeated VENY after pinning VENY with a Tiger Bomb. Ladies and gentlemen I have been to the Great Wall of China, I have seen the pyramids of Egypt; I’ve even witnessed a grown man satisfy a camel (just kidding. Or am I?). This was something else though. Take it away reaction gifs so my job can be easier!

WHAT A MATCH! The opener was awesome and this was somehow even better. I’d make a “the world isn’t ready for VENY” joke (cause you know, their actual name is ASUKA and that’s WWE’s Asuka catchphrase. You get it?!) but I’m above that sort of thing, so we’ll just talk about how much they rule. And they do rule. VENY did all sorts of things, like several moonsaults, a Standing Shooting Star Press and even a LOW MEIN PAIN (shout out to AR Fox). And it wasn’t just that they did the moves; it’s that they did them flawlessly. There aren’t many workers as smooth as VENY these days and this match should serve as their coming out party for AEW fans. Sakura was just as brilliant, hitting some dives of her own (albeit on a smaller scale) and providing some exceptional power moves. It’s easy to forget but Sakura is one of the best EVER, had some great performances in AEW before the pandemic (remember the Riho match?) and she reminded everyone here tonight. Between her technical skill and VENY’s ultra athleticism this was the perfect match up. Absolutely tremendous stuff; this will be hard to beat in the tournament. **** ½

Ryo Mizunami defeated Maki Itoh after submitting Itoh with a Head and Triangle Choke. I did not expect this result. Maki Itoh came into this with the most buzz out of everyone and seemed poised to go on a bit of a run. Instead it ended with her submitting to Mizunami. Good thing Emi Sakura busted my bracket in the previous match! This was the weakest match on the show but that’s to be expected; did you see the first two matches?! This one played more to Itoh’s style, which featured a little comedy, a great entrance where she sang (her whole gimmick is mocking Japanese idol culture) and then some solid wrestling as the match went along. It was by no means bad and overall pretty good, but it was nowhere near what Sakazaki, Mei, Sakura and VENY provided earlier. Mizunami, the criminally underrated star who appeared at the first Double or Nothing, was mightily impressive and I was happy to see her win, mostly because this was only scratching the surface of what she can do (and there are some potential bangers waiting for her). I think some may be disappointed given the hype coming into this for Itoh and the quality of the first two bouts, but overall this was a lot of fun. *** ¼

Aja Kong defeated Rin Kadokura after pinning Kadokura with one of those old school no look Elbow Drops off the top rope. I’ve seen horror movies that aren’t as terrifying as that move. I honestly thought AEW was nuts closing this show with this match but this wound up over delivering. That’s what I get for doubting Aja Kong. The woman is 50, not nearly as mobile as she once was and is still capable of going out there and having matches most people only dream of. The lesson as always.

Alas we know Aja Kong is great. It’s Aja Kong! The bigger deal here was that Rin Kadokura, the woman people knew the least coming into this, had one hell of a performance. AEW wisely designed this as Buffy vs. Glory (that’s right; I’m not letting Joss Whedon’s shittiness rob me of my Buffy references), with Kong as the unstoppable force and Rin as the underdog x 2 and it worked, especially once Rin got on offense in the second half of the match. It wasn’t even just the moves she did; it’s the moves she survived, as Kong hit her with everything in the back half, only for Rin to keep coming back until the elbow put her away. That was some great booking and crossed with Rin’s effort, selling and offense it should serve as another breakout performance. That’s a third breakout performance on just this show! As I said, I had my doubts about this headlining over Sakura-VENY coming in but this proved to be a worthy closer and a borderline great match. *** ¾ 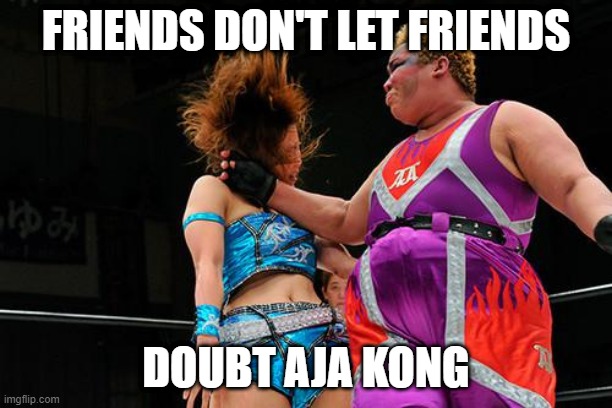 There you have it sports fans! I’ll see you tomorrow for the Dark review and I will be back next week for more of this tournament as well. TILL THEN! 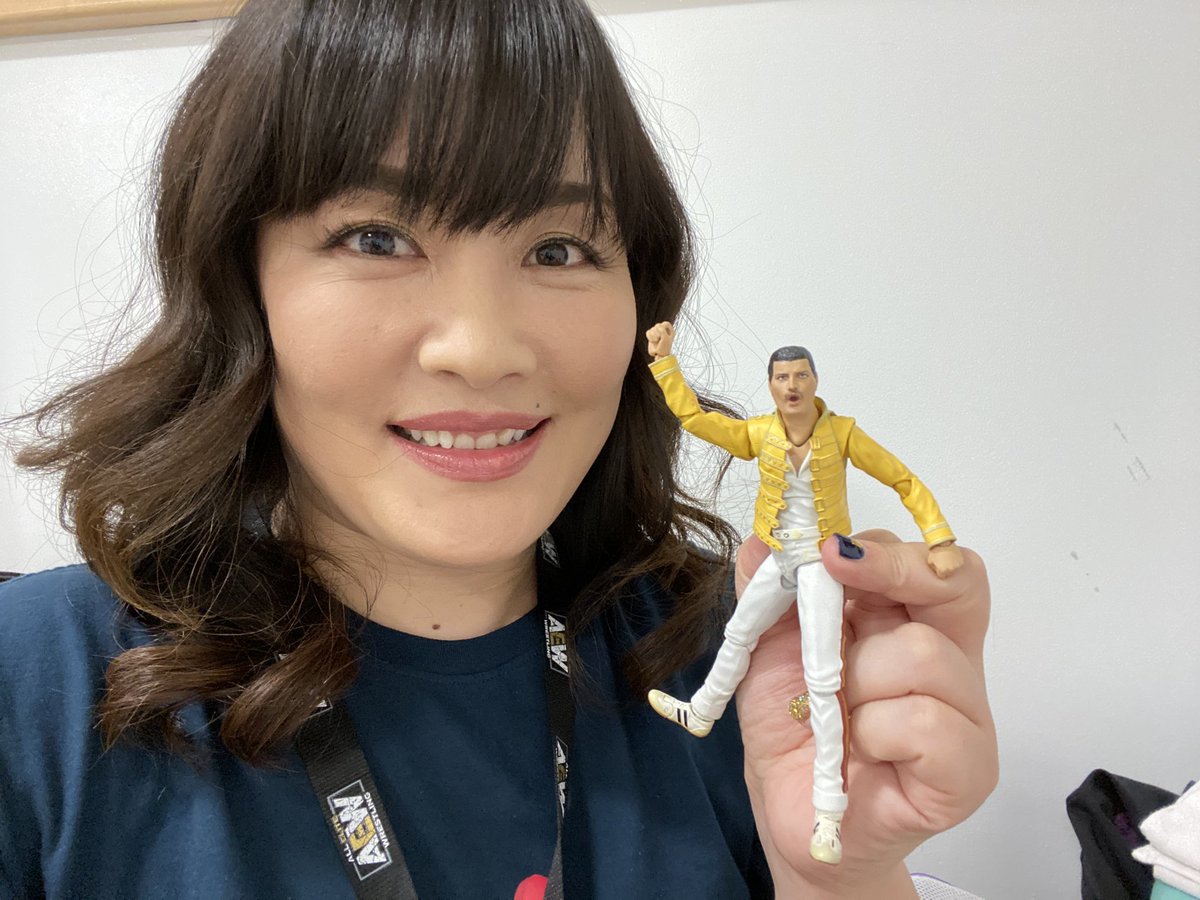