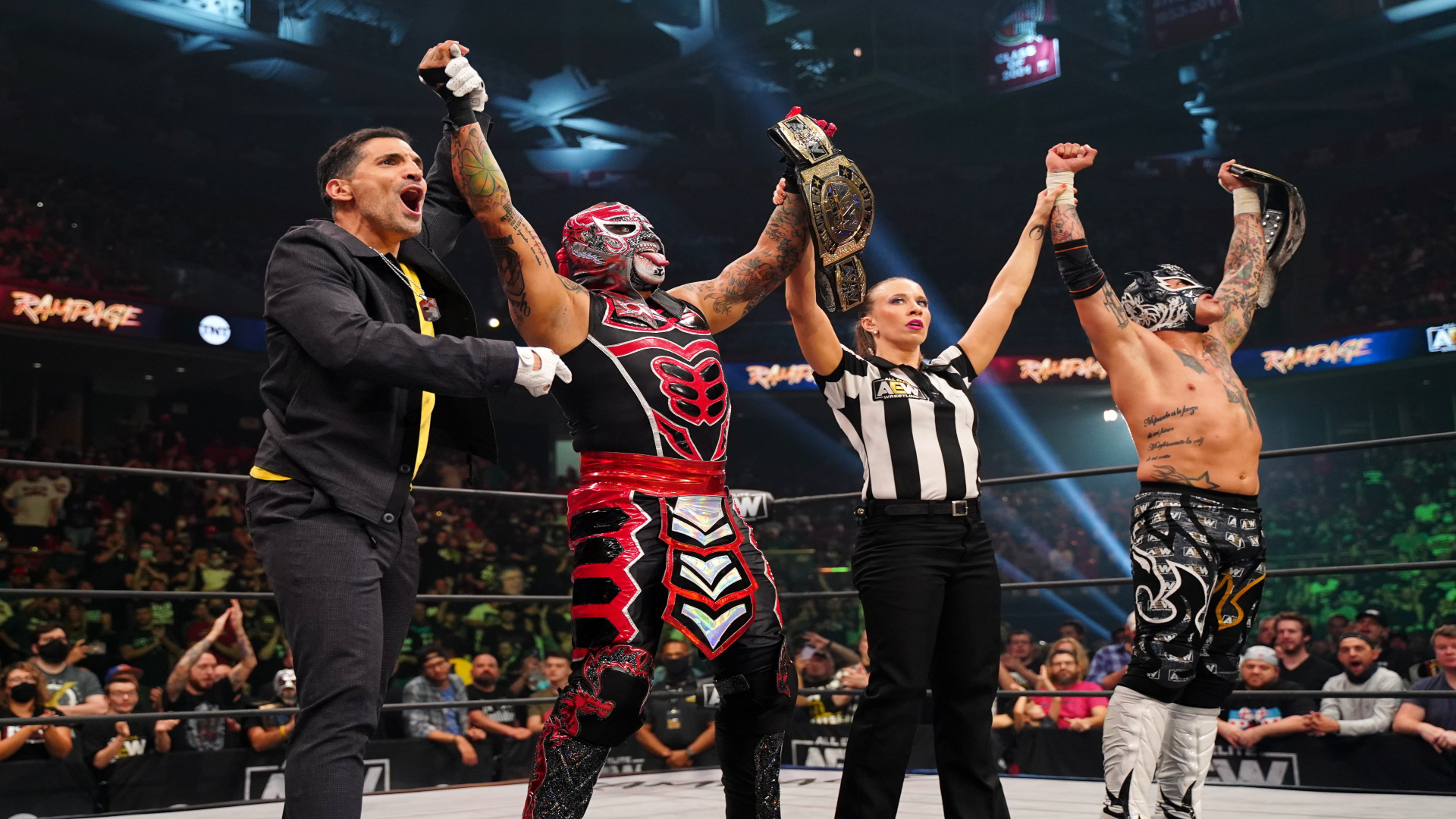 All Elite Wrestling held the episode 9 of AEW Rampage at the Blue Cross Arena in Rochester, New York, in whose show the Legends of Lucha Libre superstars Penta Zero M & Rey Fenix retained the AEW World Tag Team Championship after beating Anthony Bowens & Max Caster by pinfall with a assisted piledriver in a Title Match.

On Saturday, October 16, AEW Dynamite will have a special episode in which the Lucha Brothers will defend the Lucha Libre AAA World Tag Team Championship against a masked team that is friends with Andrade El Idolo.

In the Main Event, Ricky Starks defeated Brian Cage by pinfall with a Roshambo in a Philadelphia Street Fight for the FTW Championship.

In the women’s division, Jade Cargill defeated Skye Blue by pinfall with a Jaded in a Single Match. At the end of the match, Jade Cargill continued attacking Skye Blue, for which Thunder Rosa had to come to the rescue.

In the opening match, CM Punk defeated Daniel Garcia by submission with an Anaconda Vice in a Single Match.