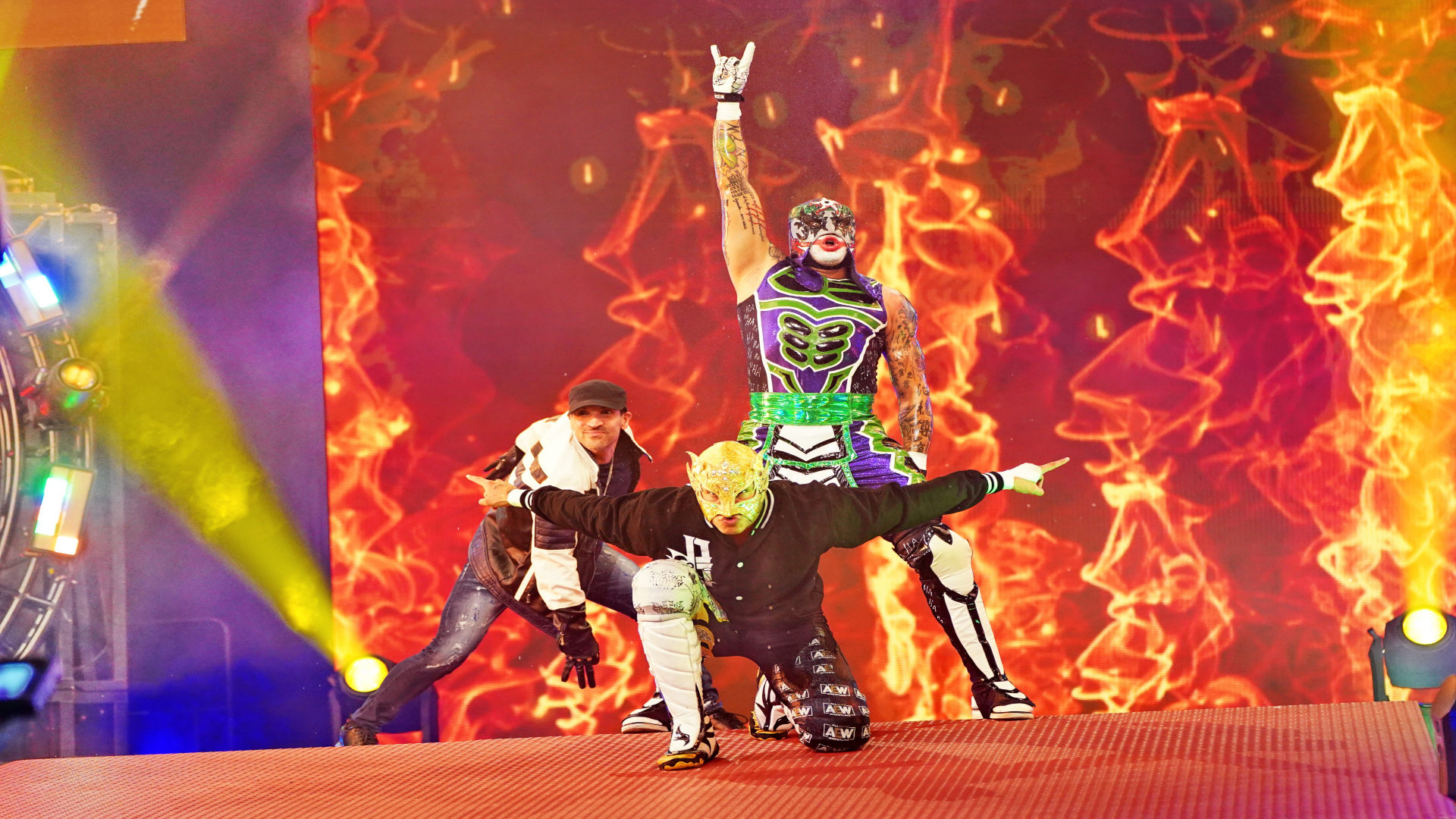 Legends of Lucha Libre's Lucha Brothers will face The Young Bucks for the AEW World Tag Team Championship at All Out. (PHOTO: AEW)
All Elite Wrestling Event Review

All Elite Wrestling held the episode 3 of AEW Rampage at the UW-Milwaukee Panther Arena in Milwaukee, Wisconsin, in whose Main Event, the IMPACT Wrestling World Champion Christian Cage & Frankie Kazarian defeated Kenny Omega & Brandon Cutler by pinfall with a Killswitch from Captain Charisma on Cutler in a Tag Team Match.

The Bunny defeated Tay Conti with a brass knuckle punch in a Single Match.

In the first match of the evening, the Legends of Lucha Libre superstar Lucha Brothers advanced to the final phase of the Eliminator Tournament for the AEW World Tag Team Championship after beating Jurassic Express by pinfall with the assisted Fear Factor on Luchasaurus.