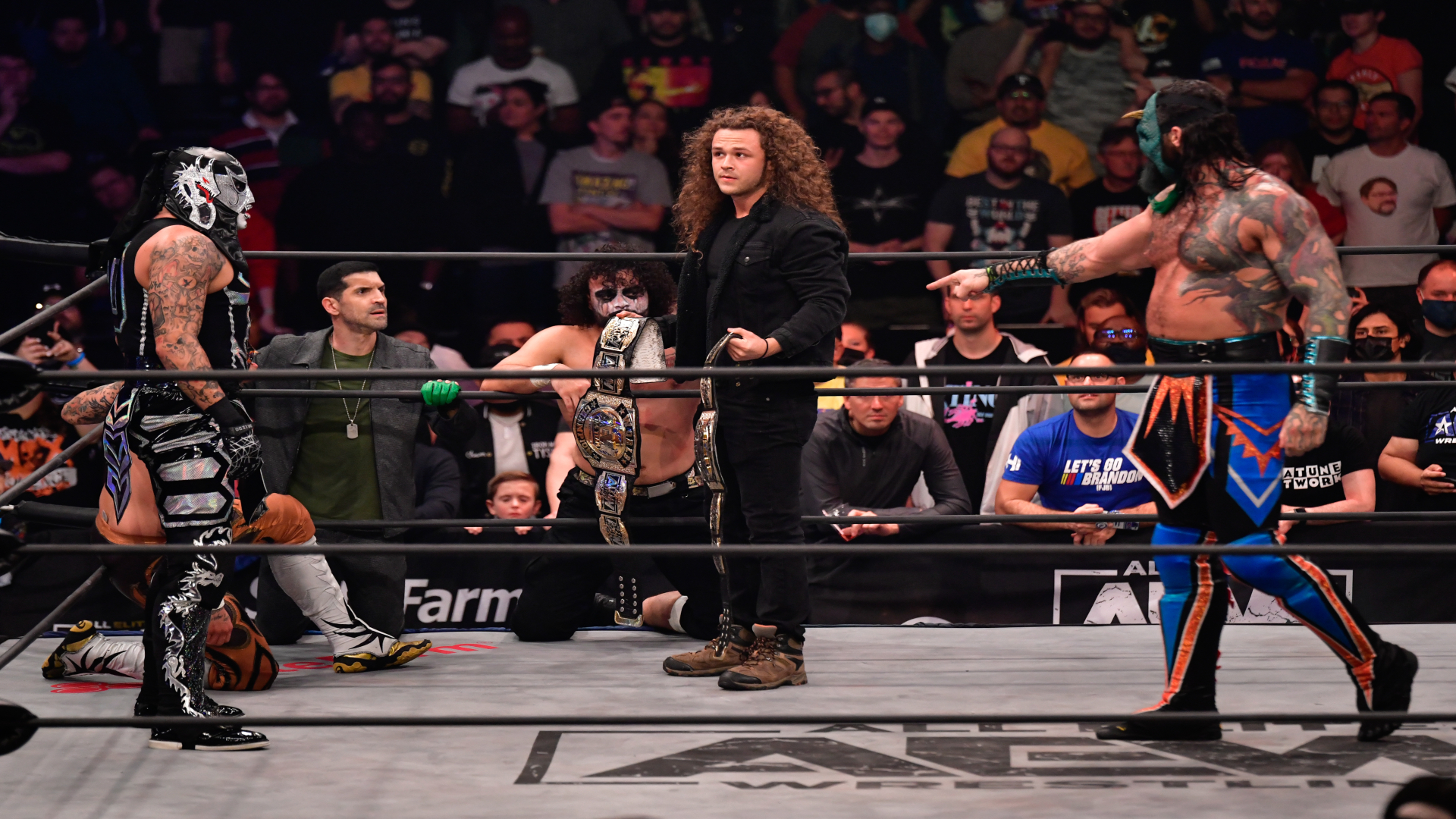 All Elite Wrestling held the episode 20 of AEW Rampage at the Curtis Culwell Center in Garland, Texas, in whose Main Event, 2point0, Daniel Garcia & The Acclaimed defeated Eddie Kingston, Lucha Brothers & Proud ‘N’ Powerful by pinfall with a Roll-up from Garcia on Kingston in a 10-Man Tag Team Match. At the end of the match, both teams continued to fight the villains having superiority. Jungle Boy and Luchasaurus came to the rescue to match forces and hand over the AEW World Tag Team Championship to the Lucha Brothers, hinting at their intentions to go after the title.

In the opening contest, CHAOS defeated The SuperKliq & Bobby Fish by pinfall with a Strong Zero from Trent on Fish in a 8-Man Tag Team Match.