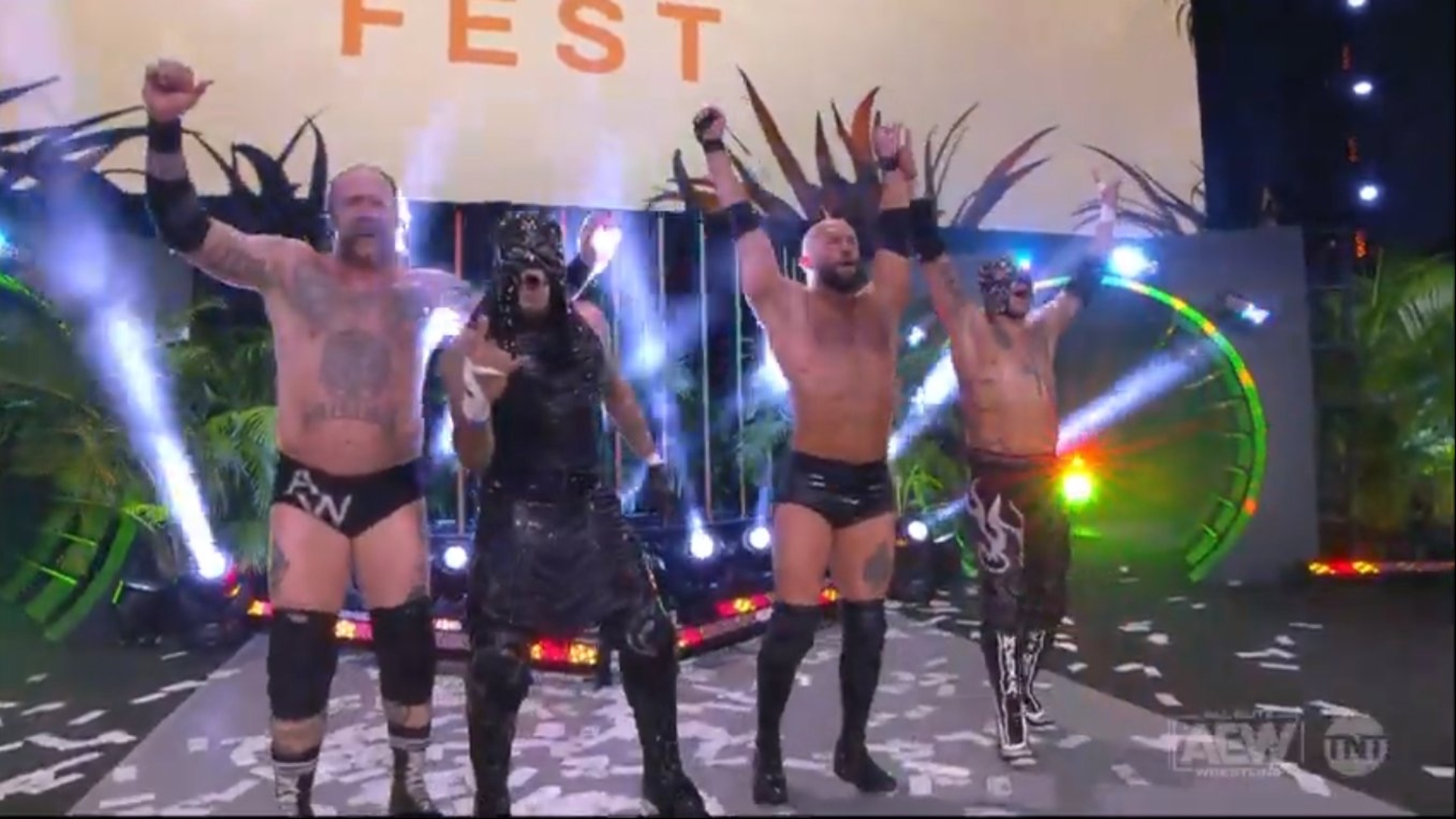 All Elite Wrestling held the second night of the 2nd edition of the Fyter Fest show at the Daily’s Place in Jacksonville, Florida, in whose the Legends of Lucha Libre stars Pentagon Jr. & Rey Fenix and The Butcher & The Blade defeated The Young Bucks & FTR in a six-man tag team match. AEW announced that Los Lucha Brothers will face FTR in a tag team match at the Fight Fallen show next week.

In the first match of the evening, Kenny Omega & Adam Page retained the AEW World Tag Team Championship after beating Private Party. In this way, The Elite got its seventh successful title defense.