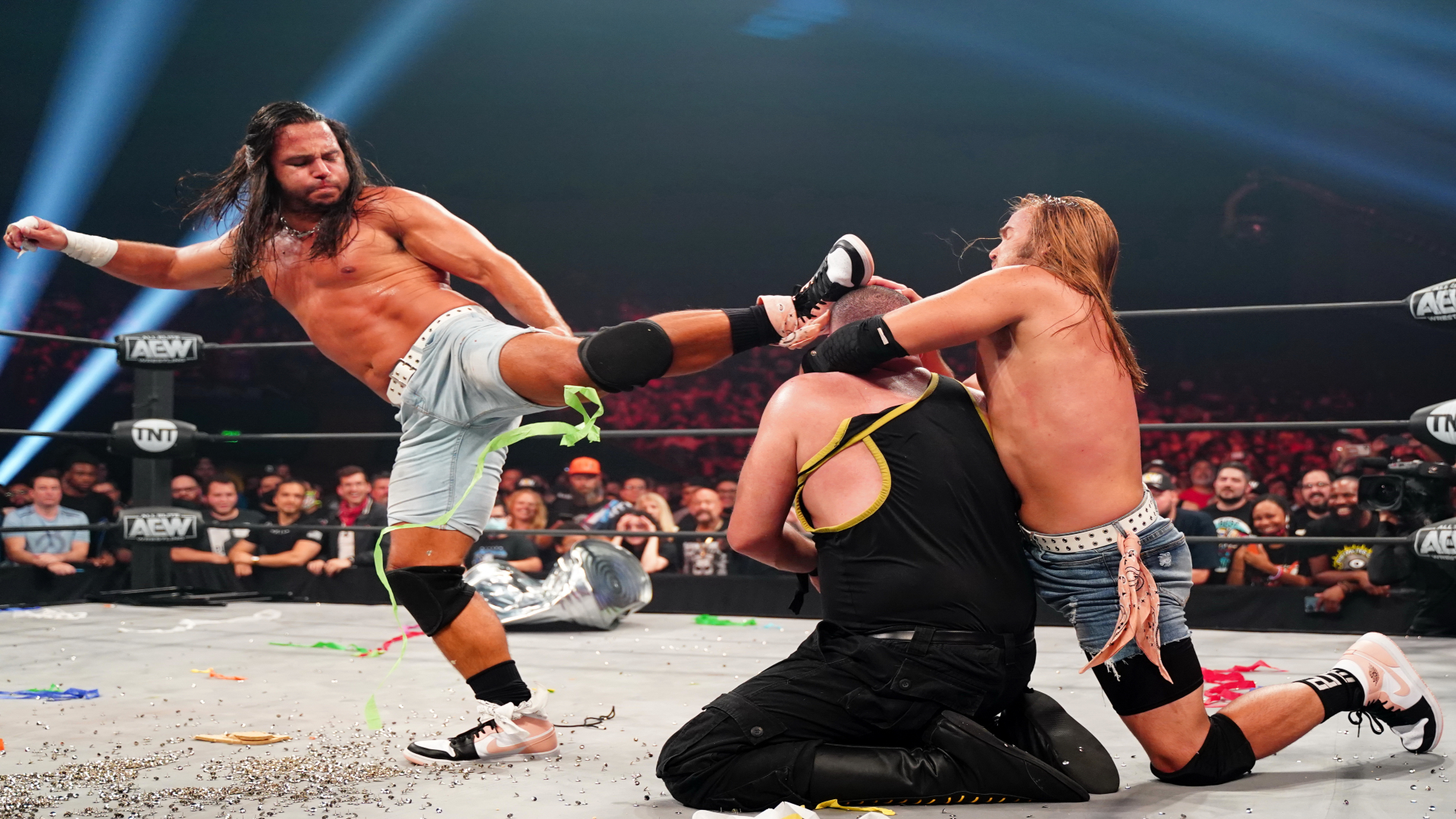 In his AEW ring debut, Andrade defeated Matt Sydal in a Single Match. El Idolo got his first AEW win by pinfall with Hammerlock DDT, better known in wrestling as La Sombra.
The Pinnacle defeated The Inner Circle by pinfall with a lateral press from Wardlow on Jake Hager in a 6-Man Tag Team Match. At the end of match, the Legends of Lucha Libre superstar Konnan attacked Wardlow, but with the madball, Tully Blanchard chop blocks him, Pinnacle retired in victory while Santana and Ortiz check on their mentor.
Next week, Jon Moxley will defend the IWGP United States Heavyweight Championship against Karl Anderson in a Title Match on the first night of Fyter Fest.
Also, Brian Cage will defend the Ricky Starks for the FTW Championship in a Title Match.