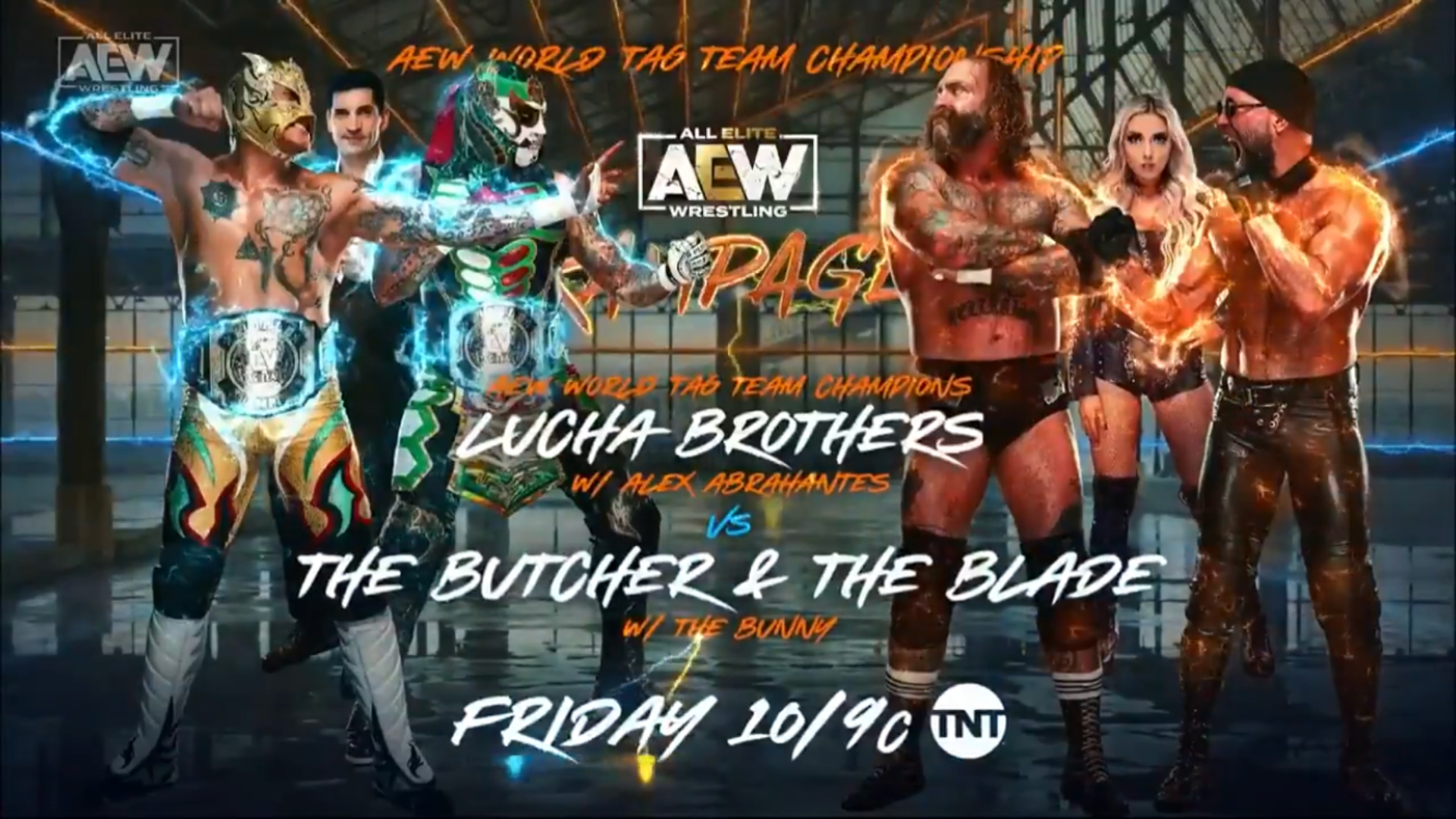 All Elite Wrestling held the episode 102 of AEW Dynamite at the Prudential Center in Newark, New Jersey, in whose Main Event, Jon Moxley & Eddie Kingston defeated 2.0 by pinfall with a Half Nelson Suplex / Lariat combination on Jeff Parker in a Tag Team Match. After the match, Minoru Suzuki and Lance Archer attacked Jon Moxley and Eddie Kingston, causing a wild brawl ringside and the stands.

In a backstage promo, Andrade El Idolo said that he never gave Chavo Guerrero Jr. permission to interfere in their match on AEW Rampage. Since he can beat PAC or whoever he wants whenever he wants.

.@AndradeElIdolo is always one step ahead and he’s ALWAYS the boss.

Tune in NOW to watch #AEWDynamite LIVE on @tntdrama pic.twitter.com/17K4aI0LOs

This Friday on AEW Rampage, Fuego del Sol will face Miro for the AEW TNT Championship in a Title Match.

.@FuegoDelSol wants another shot at TNT Champion @ToBeMiro this Friday on #AEWRampage, and he’s putting his new car on the line – Tune in NOW to watch #AEWDynamite LIVE on @tntdrama pic.twitter.com/2OVx1kMNui

The Legends of Lucha Libre superstar Penta Zero M and Rey Fenix will defend the AEW World Tag Team Championship against The Butcher and The Blade on AEW Rampage.

The #LuchaBros and #TheButcher & #TheBlade used to stand side by side, but now they are on a collision course for the #AEW World Tag Team Titles THIS FRIDAY on #AEWRampage! Tune in NOW to watch #AEWDynamite LIVE on @tntdrama pic.twitter.com/Coy3CjZfzX

In his AEW ring debut, Adam Cole defeated Frankie Kazarian by pinfall with Last Shot in a Single Match.