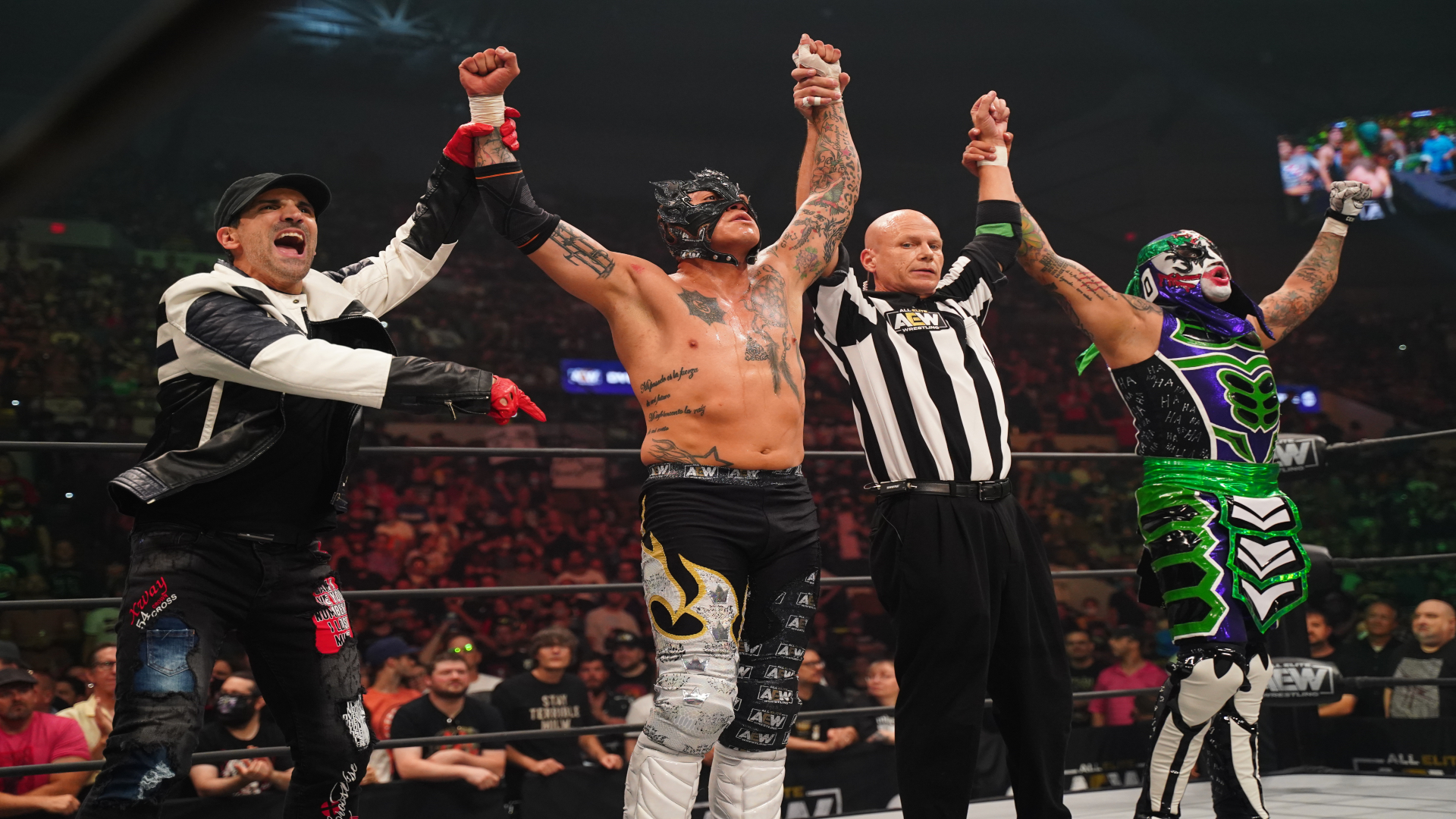 Legends of Libre's Lucha Brothers will face Jurassic Express to determine the Young Bucks' # 1 contenders at AEW All Out. (PHOTO: AEW)
All Elite Wrestling Event Review

All Elite Wrestling held the episode 99 of AEW Dynamite at the UW-Milwaukee Panther Arena in Milwaukee, Wisconsin, in whose show the Legends of Lucha Libre superstars Penta Zero M and Rey Fenix advanced to the final round of the Eliminator Tournament for the AEW World Tag Team Championship after beating Varsity Blonds by pinfall with an assisted Fear Factor on Brian Pillman, Jr. This Friday on AEW Rampage, The Lucha Brothers will face Jurassic Express to determine the # 1 contenders for the title.

In the Main Event, Malakai Black defeated Brock Anderson with Arn Anderson by pinfall with Black Mass in a Single Match.

CM Punk made his debut on AEW Dynamite, in which segment with Tony Schiavone The Best in the World unveiled his reasons for returning to professional wrestling.

Jamie Hayter defeated Red Velvet by pinfall with a Lariat in a Single Match. Britt Baker will defend the AEW Women’s World Championship against Kris Statlander at AEW All Out.

It’s official, Andrade El Idolo will face PAC in a Single Match at AEW All Out.

After tonight’s #AEWDynamite, some major additions to #AEWAllOut LIVE on Pay Per View next Sunday, September 5 from the @NOW_Arena in Chicago.
Available on all major providers, @BleacherReport, and @FiteTV (Internationally) pic.twitter.com/I4KURwdRvc