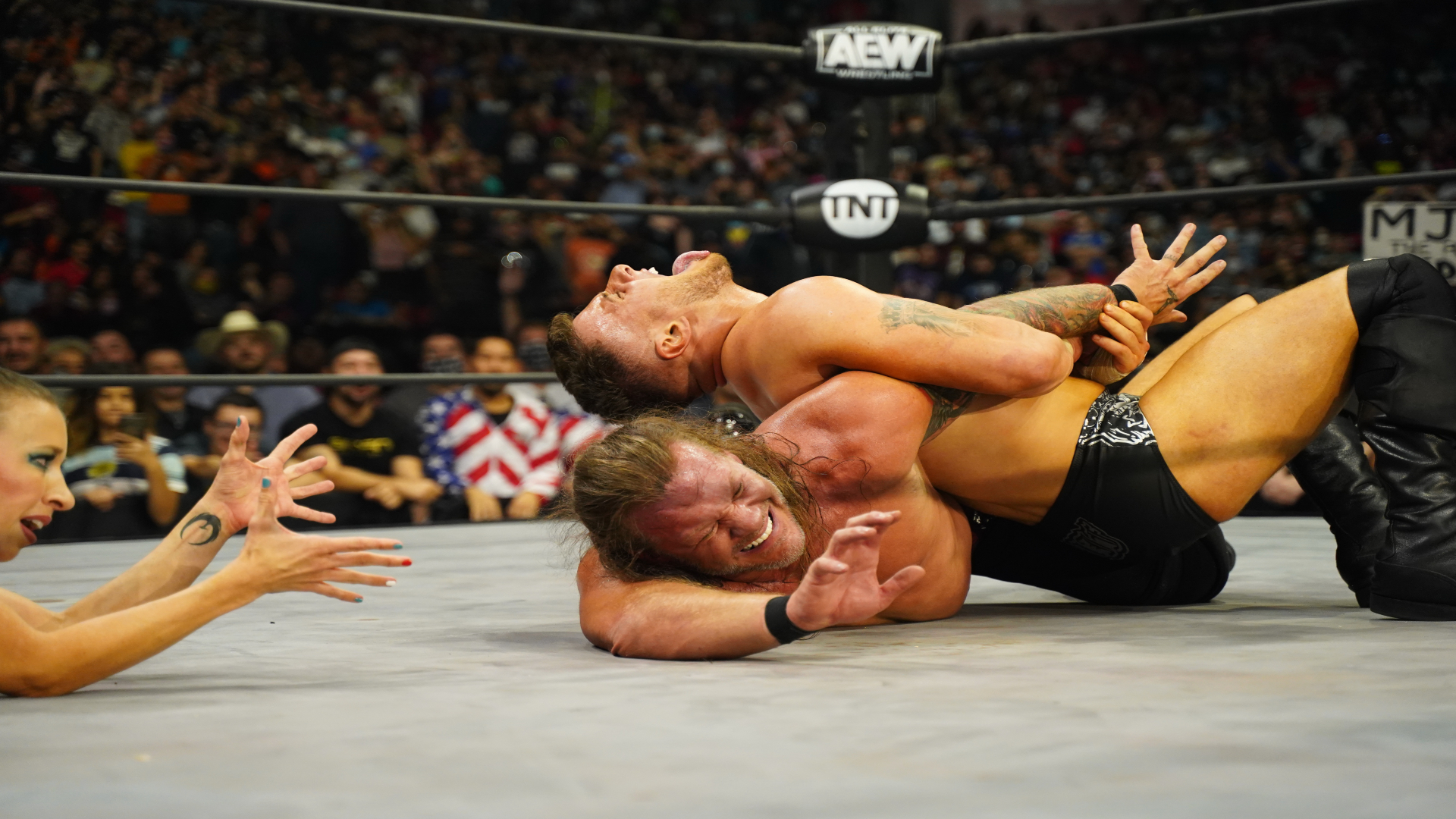 All Elite Wrestling held the episode 99 of AEW Dynamite at the Fertitta Center in Houston, Texas, in whose Main Event, MJF defeated Chris Jericho by submission with Salt of the Earth in a Single Match.

PAC wants to face Andrade in a Single Match at All Out, but El Idolo say that The Bastard has to accept their conditions for the match to take place.

The Young Bucks retained the AEW World Tag Team Championship after beating The Jurassic Express by pinfall with the BTE Trigger on Jungle Boy in a Title Match.

The Young Bucks will defend the AEW World Tag Team Championship in a Steel Cage Match at All Out. Varsity Blonder, Legends of Lucha Libre‘s Lucha Brothers, Private Party and Jurassic Express will face off in a qualifying tournament to define the #1 contenders.

Paul Wight will face QT Marshall in a Single Match at All Out.