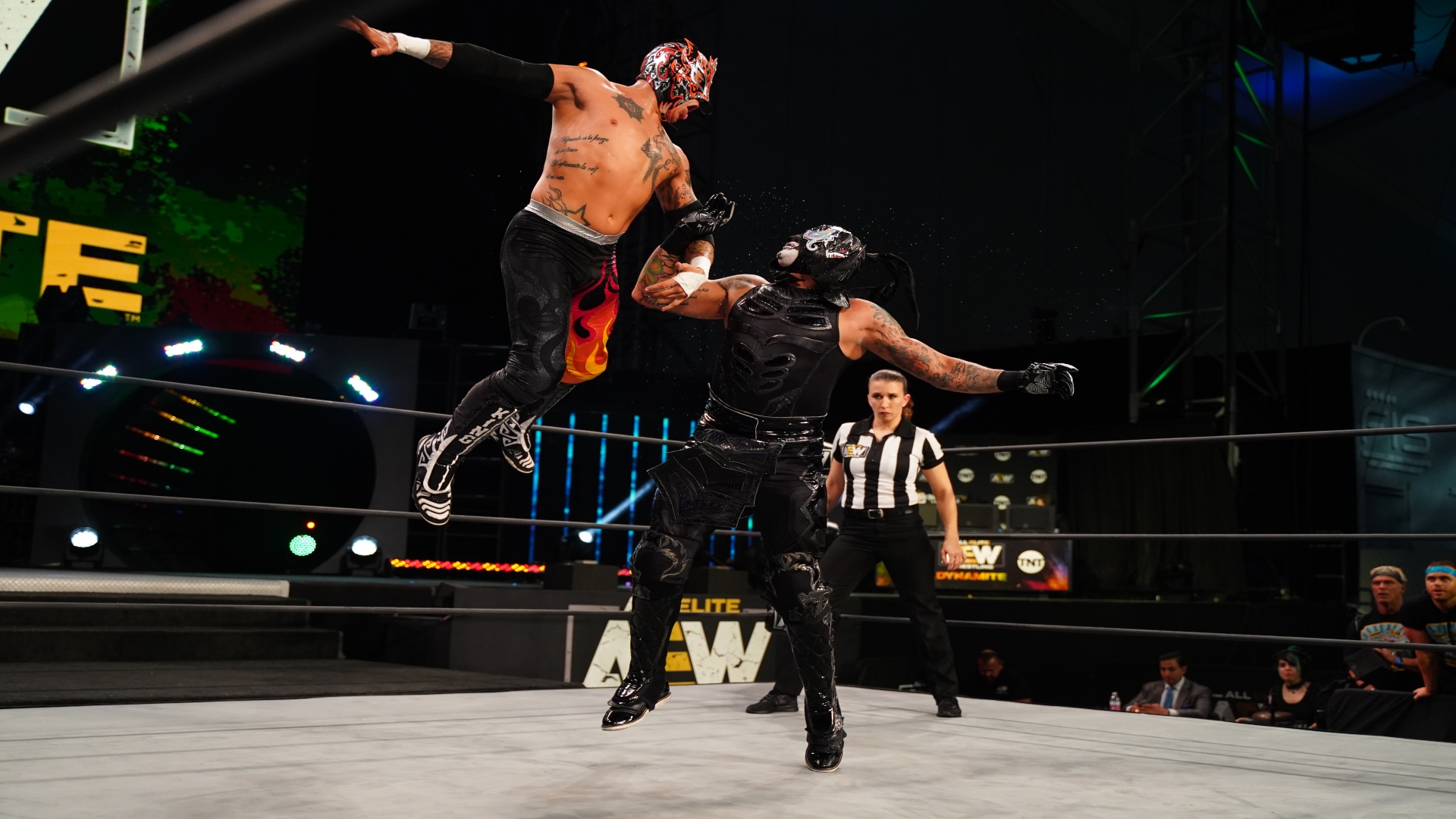 All Elite Wrestling held the episode 56 of AEW Dynamite at the Daily’s Place in Jacksonville, Florida, in whose the Legends of Lucha Libre star Rey Fenix advance to the next round of the AEW World Championship #1 Contender Eliminator Tournament after beating Penta Zero M in a spectacular Single Match. Next week, Rey Fenix ​​will face the Lucha Libre AAA Megachampion Kenny Omega in the semifinal round.

In the Main Event, The Young Bucks won a title shot for the AEW World Tag Team Championship after beating The Dark Order, Private Party and The Butcher & The Blade in a Fatal 4-Way Match. FTR will defend the title against Matt Jackson & Nick Jackson at AEW Full Gear PPV.