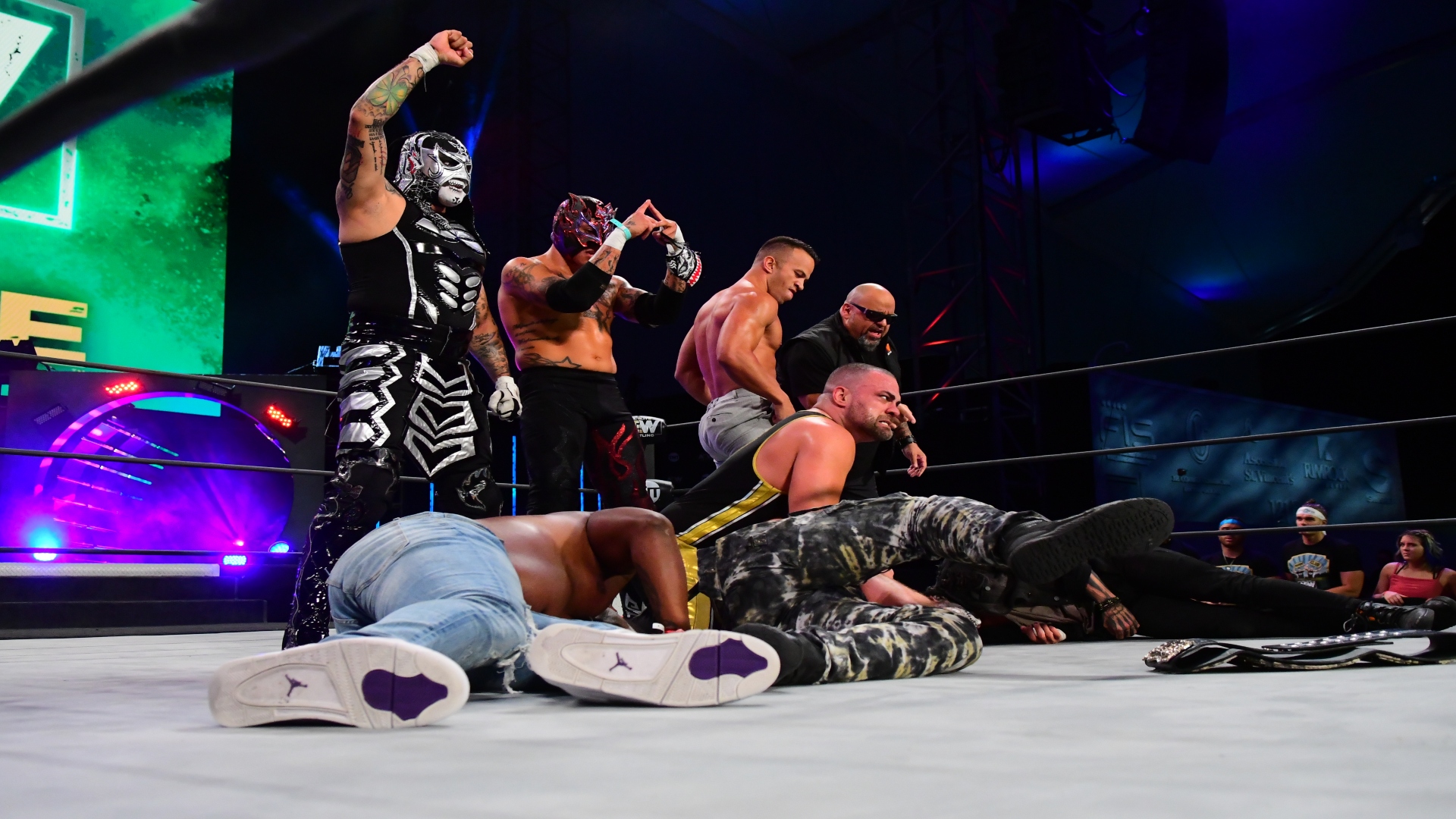 All Elite Wrestling held the episode 51 of AEW Dynamite at the Daily’s Place in Jacksonville, Florida, in whose Main Event Jon Moxley retained the AEW World Championship after beating Eddie Kingston in a Title Match.At the end of the match, the Legends of Lucha Libre stars Penta Zero M and Rey Fenix ​​intervened to attack Jon Moxley, Darby Allin and Will Hobbs tried to tie him but it was useless.

Mr. Brodie Lee retained the AEW TNT Championship against Orange Cassidy. In this way, The Exalted One got his second title defense.

At the end of the match, Cody suddenly appeared to attack Dark Order, while Mr. Brodie Lee with Anna Jay escaped.