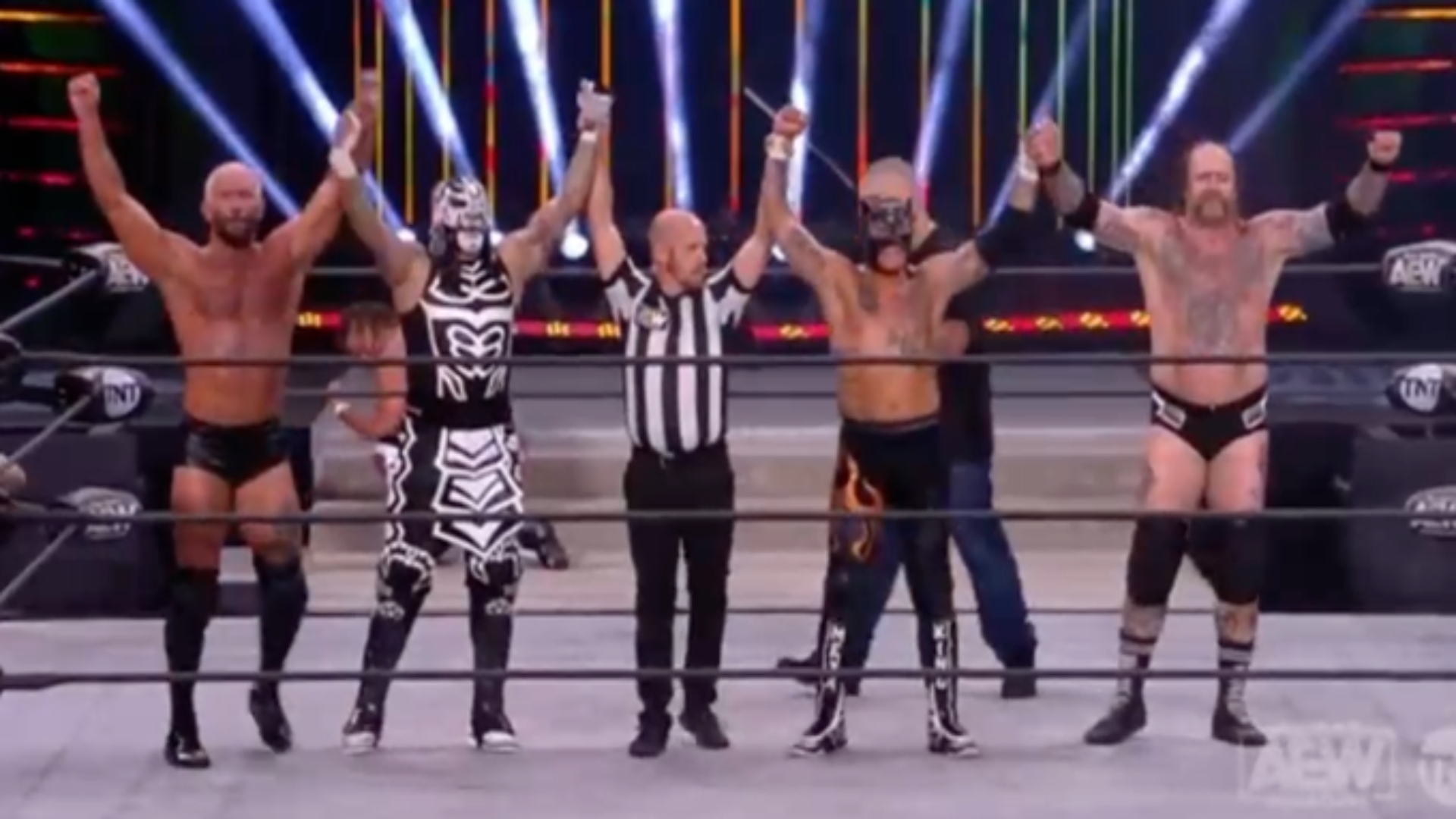 Eddie Kingston got the union between the Lucha Brother and The Butcher & The Blade. (PHOTO: AEW)
All Elite Wrestling Event Review

Los Lucha Brother and The Butcher & The Blade rise with victory

All Elite Wrestling held the episode 47 of AEW Dynamite at the Daily’s Place in Jacksonville, Florida, in whose the Legends of Lucha Libre stars Pentagon Jr. & Rey Fenix and The Butcher & The Blade with Eddie Kingston defeated Joey Janela, Sonny Kiss, Brian Pillman Jr. & Griff Garrison in a 8-Man Tag Team Match.

In the first match of the evening, FTR won a title shot for the AEW World Tag Team Championship after beating Best Friend in a Gauntlet Match. At All Out, The Elite will defend the title against Dax Harwood & Cash Wheeler.