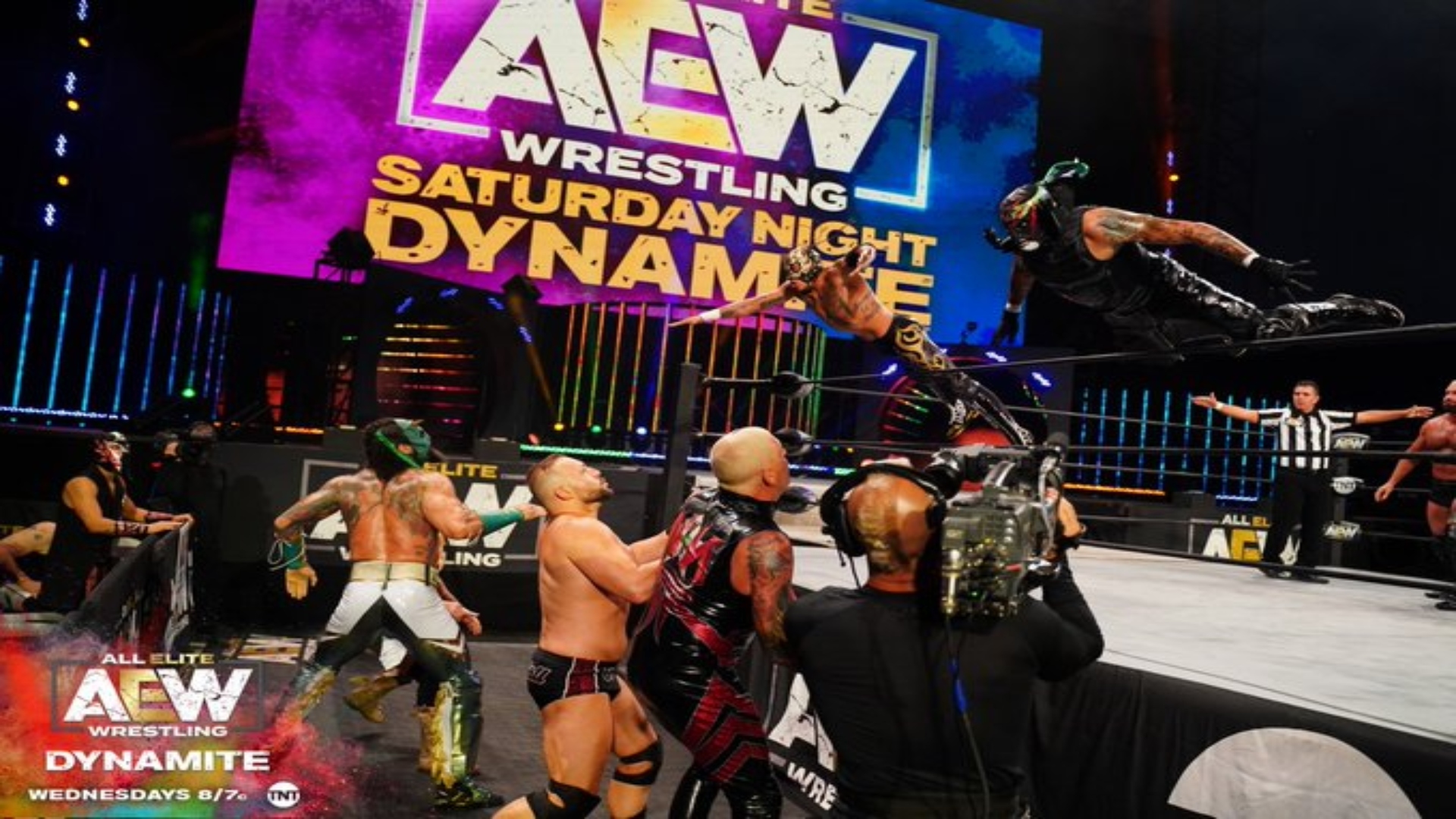 All Elite Wrestling held the episode 46 of AEW Dynamite at the Daily’s Place in Jacksonville, Florida, in whose Jurassic Express & The Natural Nightmares defeated the Legends of Lucha Libre stars Pentagon Jr. & Rey Fenix and The Butcher & The Blade in a 8-Man Tag Team Match. At the end of the match, Los Lucha Brothers and Butcher & The Blade faced each other after defeat, but Eddie Kingston intervened and asked for a union between them, if their goal is to win.

In the Main Event, Mr. Brodie Lee ended Cody‘s reign as AEW TNT Champion by defeating him in a Title Match. At the end of the match, The Exalted One with Dark Order attacked Cody, Arn Anderson, Dustin Rhodes, QT Marshall & Brandi Rhodes, declaring that they would wreak havoc on AEW.