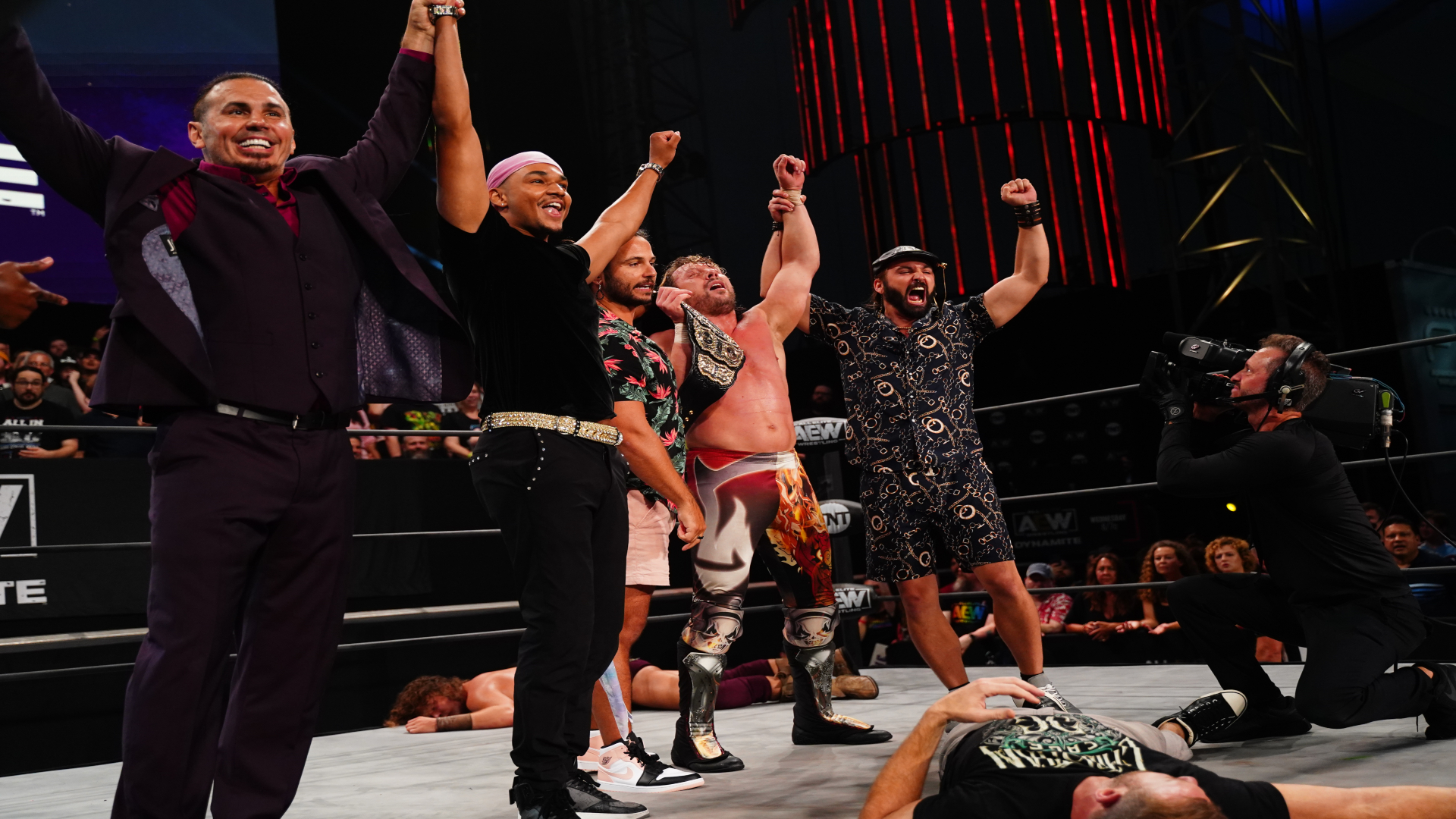 All Elite Wrestling held the episode 91 of AEW Dynamite: Saturday Night Dynamite at the Daily’s Place in Jacksonville, Florida, in whose Main Event, Kenny Omega retained the AEW World Championship after beating Jungle Boy in a Title Match. Kenny Omega got his fifth successful title defense after applying a effective One-Winged Angel. After the match, Kenny Omega tried to attack Jungle Boy with the title belt, but Christian Cage came to the rescue. However, he was neutralized by Matt Hardy, Private Party and The Young Bucks.

Vickie Guerrero and Andrae El Idolo tried to steal the spotlight before the match between Matt Sydal and Dante Martin.

The Legends of Lucha Libre superstar Konnan and Tully Blanchard staged a face to face confrontation in the middle of the ring, ending this with Dax Harwood and Cash Wheeler‘s brutal attack on Konnan.

Next week, the Legends of Lucha Libre superstar Penta Zero M and Eddie Kingston will face The Young Bucks in a Tag Team Match.