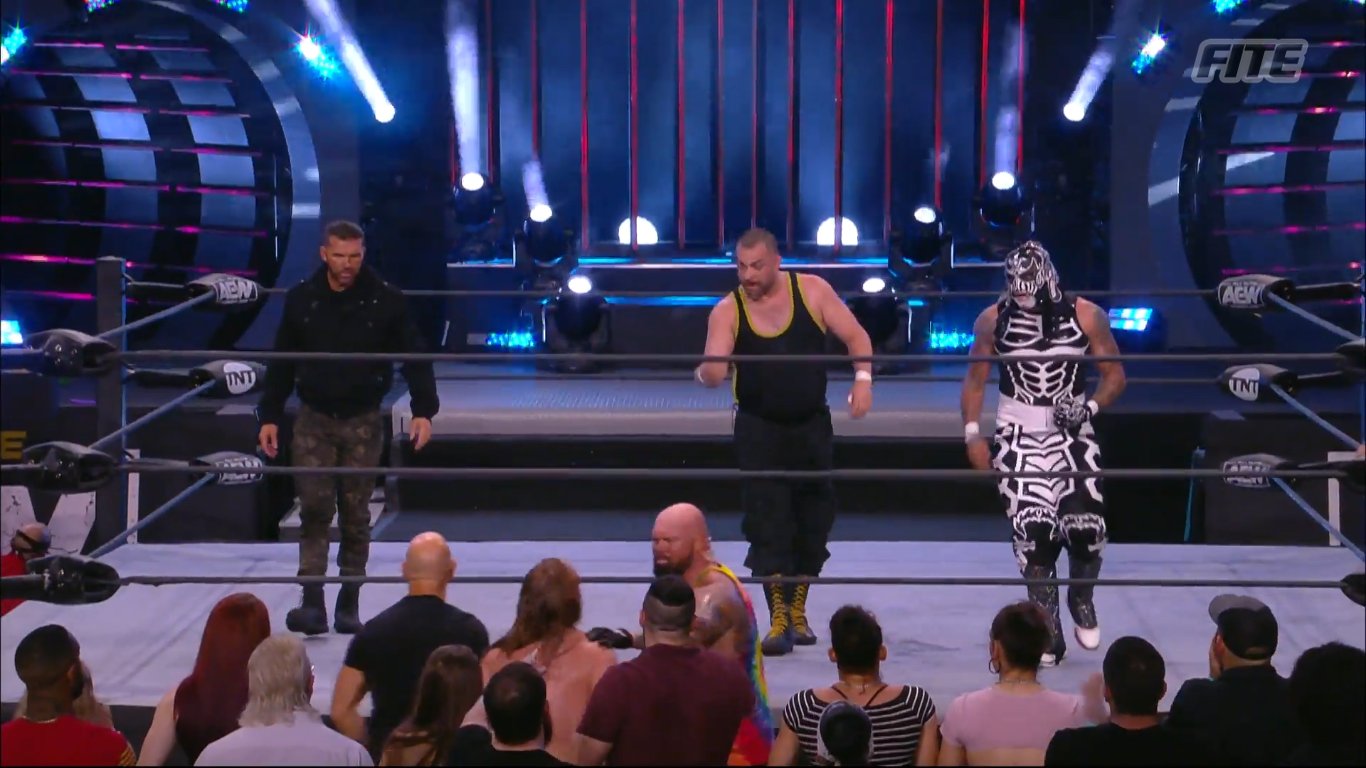 All Elite Wrestling held the episode 89 of AEW Dynamite at the Daily’s Place in Jacksonville, Florida, in whose show the Legends of Lucha Libre superstar Penta Zero M, PAC & Eddie Kingston defeated The Elite in a 6-Man Tag Team Match. Death Triangle and The King of Diamonds won by pinfall with a Lateral Press from PAC on Brandon Cutler. At the end of the match, The Elite and The Good Brothers attacked the winners, being rescued by Frankie Kazarian.

In the main Event, Adam Page & Preston “10” Vance defeated Team Taz in a Tag Team Match by pinfall with a lateral press from 10 on Powerhouse Hobbs.

In the first match of the evening, Christian Cage defeated Angelico in a Single Match by pinfall with the Killswitch.