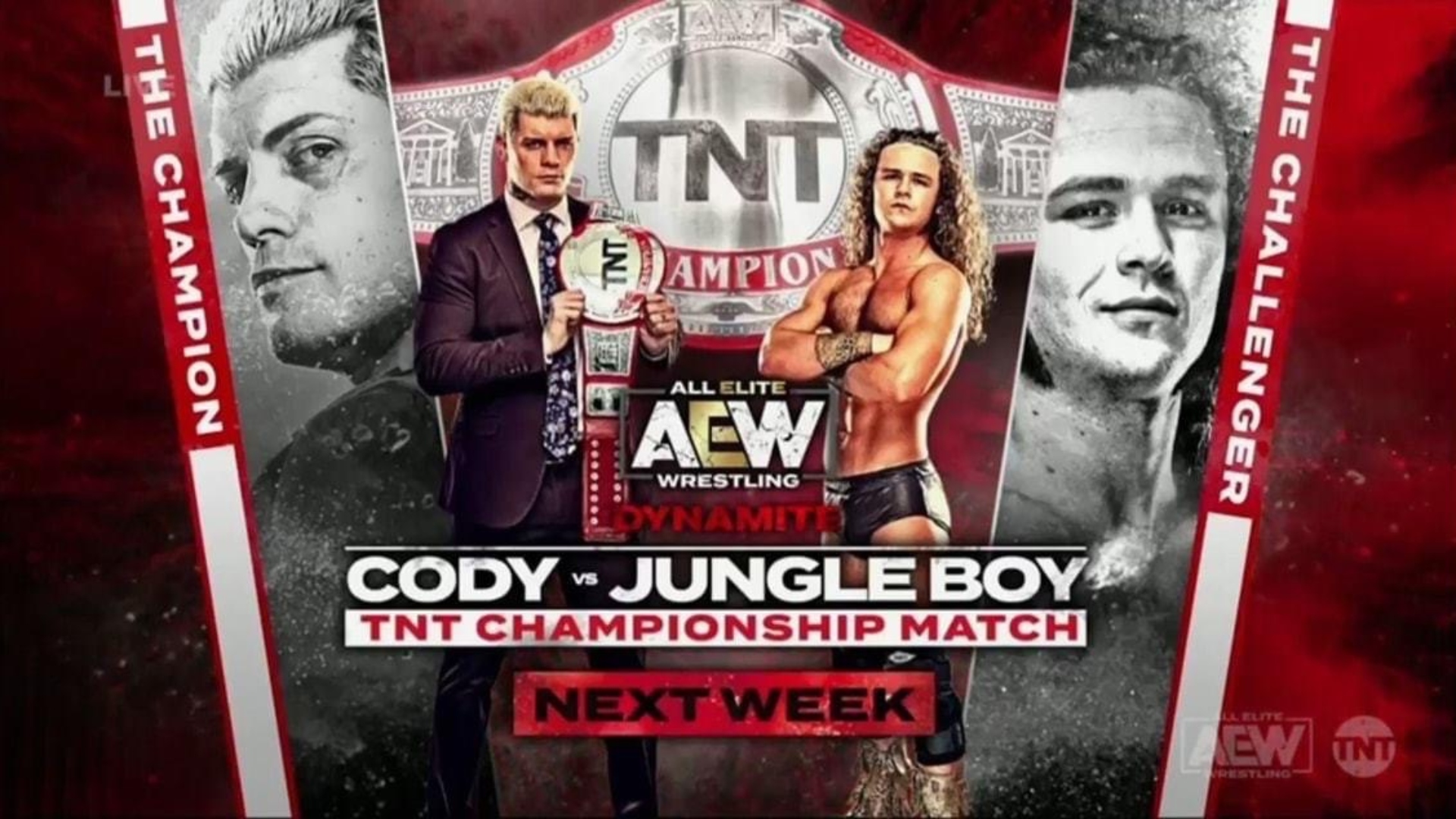 Cody will face Jungle Boy for the AEW TNT Championship

All Elite Wrestling held the episode 34 of AEW Dynamite at the Daily’s Place in Jacksonville, Florida, in whose show Jungle Boy won a title shot for the AEW TNT Championship after eliminating Orange Cassidy in a battle royal match. Next week, Cody will face Jungle Boy in a title match.

In the last segment of the show, Chris Jericho and Mike Tyson made words until they ended up going to the blows.