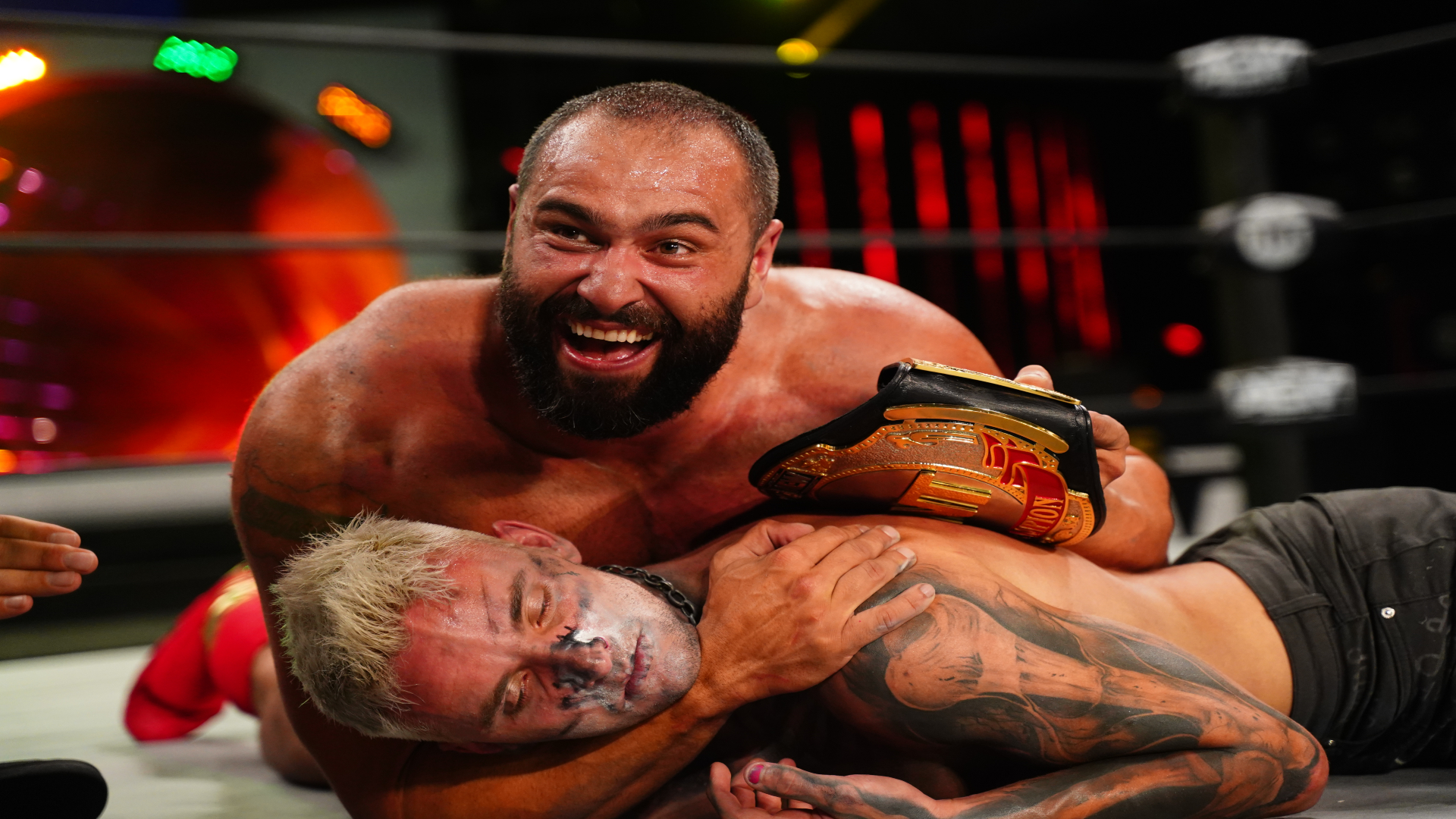 All Elite Wrestling held the episode 85 of AEW Dynamite at the Daily’s Place in Jacksonville, Florida, in which Main Event, Miro won the AEW TNT Championship after beating Darby Allin by submission in a Title Match.

The Eliminator Match between Orange Cassidy and Death Triangle‘s PAC ended in a no contest after the intervention of the AEW World Champion Kenny Omega. Because of this, Tony Schiavone announced that Kenny Omega will defend the title against Orange Cassidy and PAC in a triple threat match at Double or Nothing.

The Young Bucks defeated SCU by pinfall with the BTE Trigger on Frankie Kazarian to retain the AEW World Tag Team Championship. After the result of this match, Christopher Daniels, Frankie Kazarian and Scorpio Sky will not be able to team up again.

In the first match of the evening, Jon Moxley got his fourth successful title defense as IWGP United States Heavyweight Champion against Yuji Nagata. Jon Moxley wins by pinfall with Paradigm Shift.