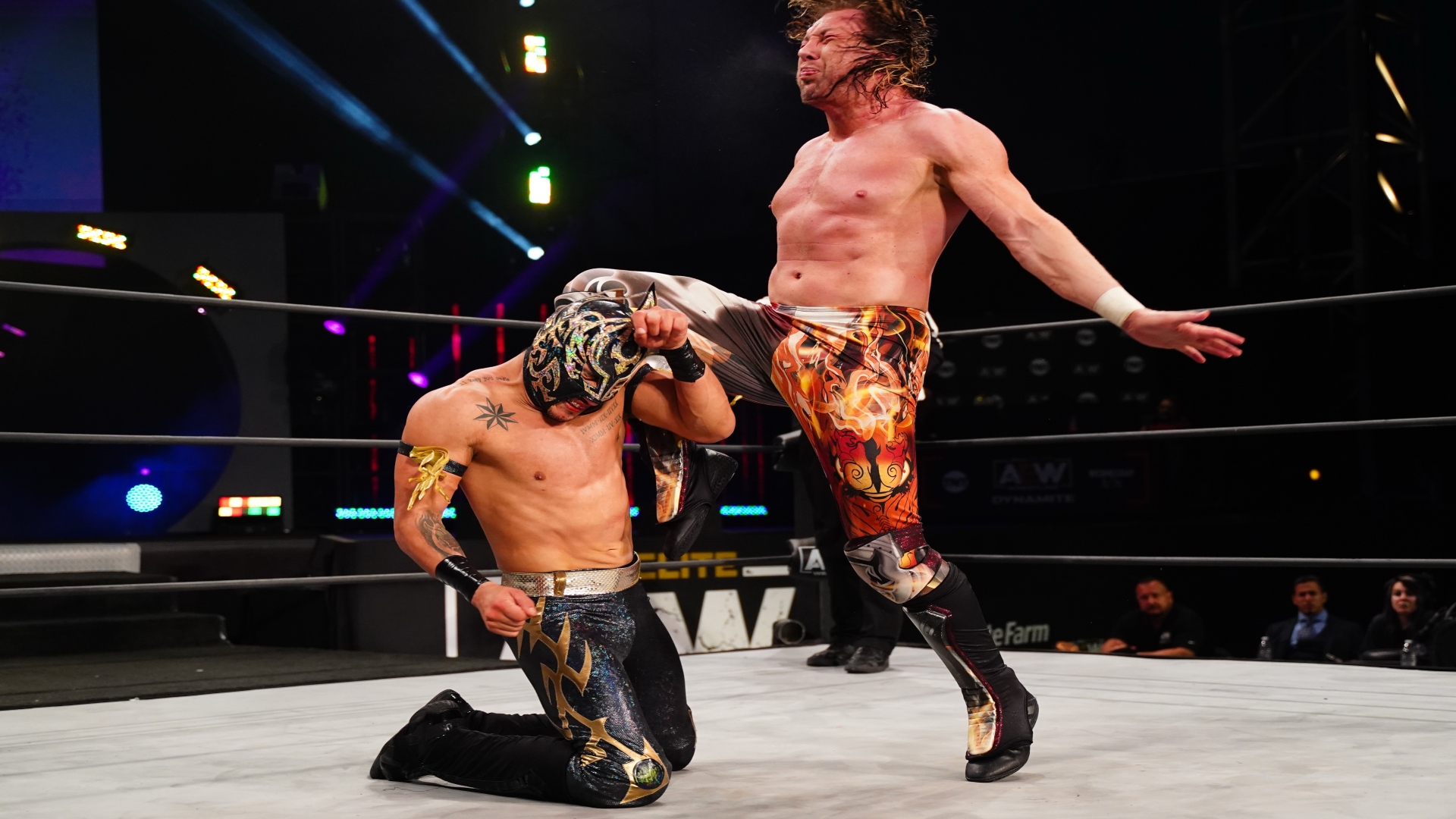 All Elite Wrestling held the episode 79 of AEW Dynamite at the Daily’s Place in Jacksonville, Florida, in whose show, the AEW World Champion and Lucha Libre AAA Megachampion Kenny Omega & The Good Brothers defeated the Legends of Lucha Libre superstar Penta Zero M, Rey Fenix & Laredo Kid in a 6-Man Tag Team Match. Laredo Kid was close to winning the match, but a One Winged Angel by Kenny Omega did not allow it.

In the first match of the evening, Christian Cage made his AEW rind debut defeated Frankie Kazarian in a Single Match after applying an effective Killswitch.

– Second Match: Cody Rhodes Vs. QT Marshall ended in a no contest (Exhibition Match with Arn Anderson as Special Referee)