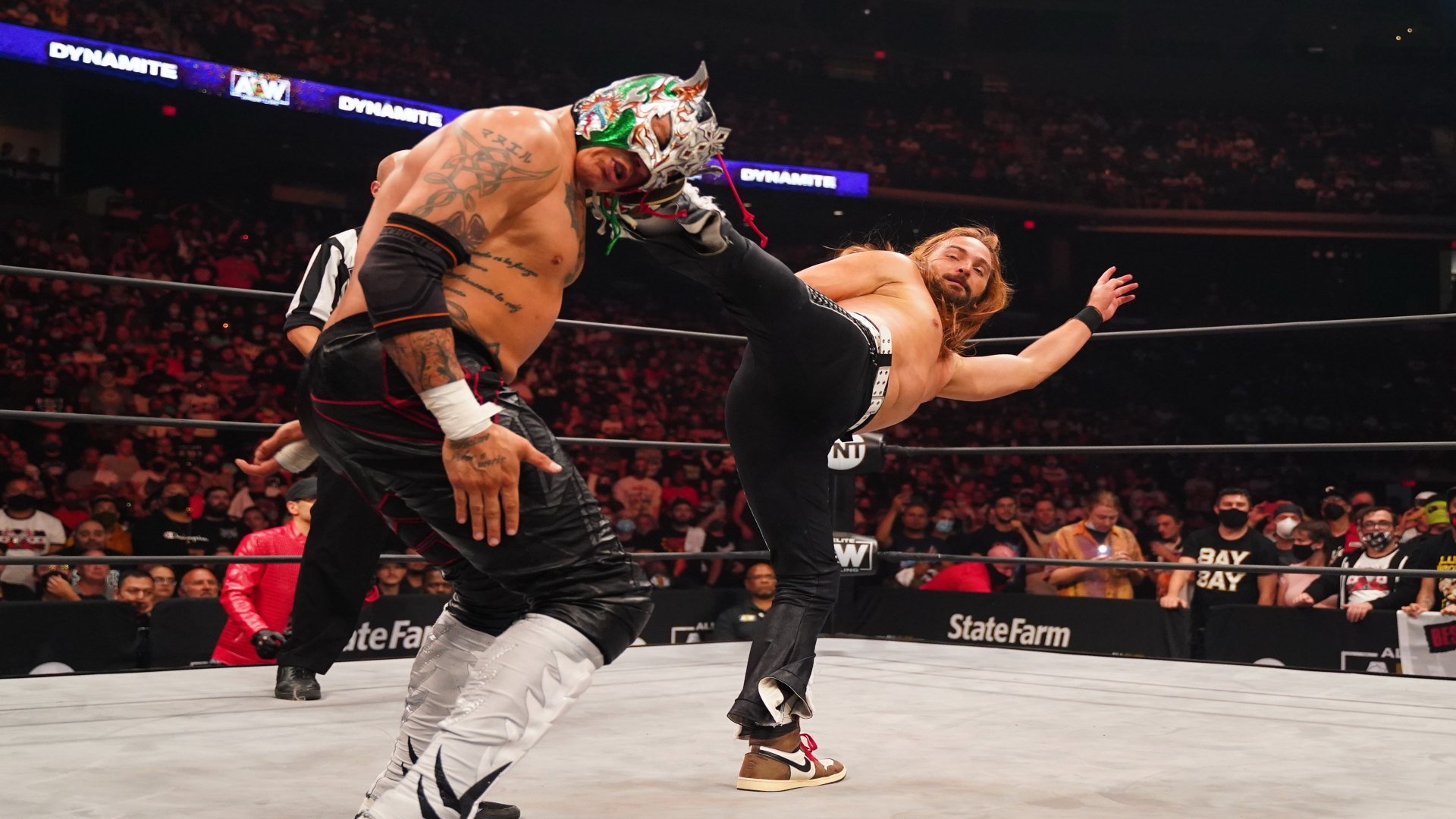 Brutal beating of The Elite against Lucha Brothers and Jurassic Express road to All Out. (PHOTO: AEW)
All Elite Wrestling Event Review

All Elite Wrestling held the episode 100 of AEW Dynamite at the NOW Arena in Hoffman Estates, Illinois, in whose Main Event, The Elite defeated the Legends of Lucha Libre superstars Lucha Brothers and Jurassic Express by pinfall with a Meltzer Driver from The Young Bucks on Rey Fenix in a 8-Man Tag Team Match. The show ended with a wild brawl featuring the AEW World Champion Kenny Omega and Christian Cage.

In a backstage segment, La Mera Mera Thunder Rosa was attacked while being interviewed by Nyla Rose and Jade Cargill.

.@thunderrosa22 is cornered by @Jade_Cargill and @NylaRoseBeast. A little preview of the Casino Battle Royale this Sunday at #AEWAllout LIVE on PPV!

Tune in to @tntdrama NOW to watch #AEWDynamite! pic.twitter.com/7Ij1FyuLOZ

In the women’s division, Tay Conti defeated Penelope Ford by pinfall with a bridging folding press in a Single Match.

Will Hobbs defeated Brian Cage by pinfall with an Emerald Flowsion in a Single Match.

Orange Cassidy defeated Jack Evans by pinfall with a small package in a Single Match.

CM Punk had his first physical confrontation within the AEW ring against Danny Garcia and 2point0.

In the first match of the evening, Proud ‘N’ Powerful defeated FTR by pinfall with a double-team tilt-a-whirl slam on Cash Wheeler in a Tag Team Match.