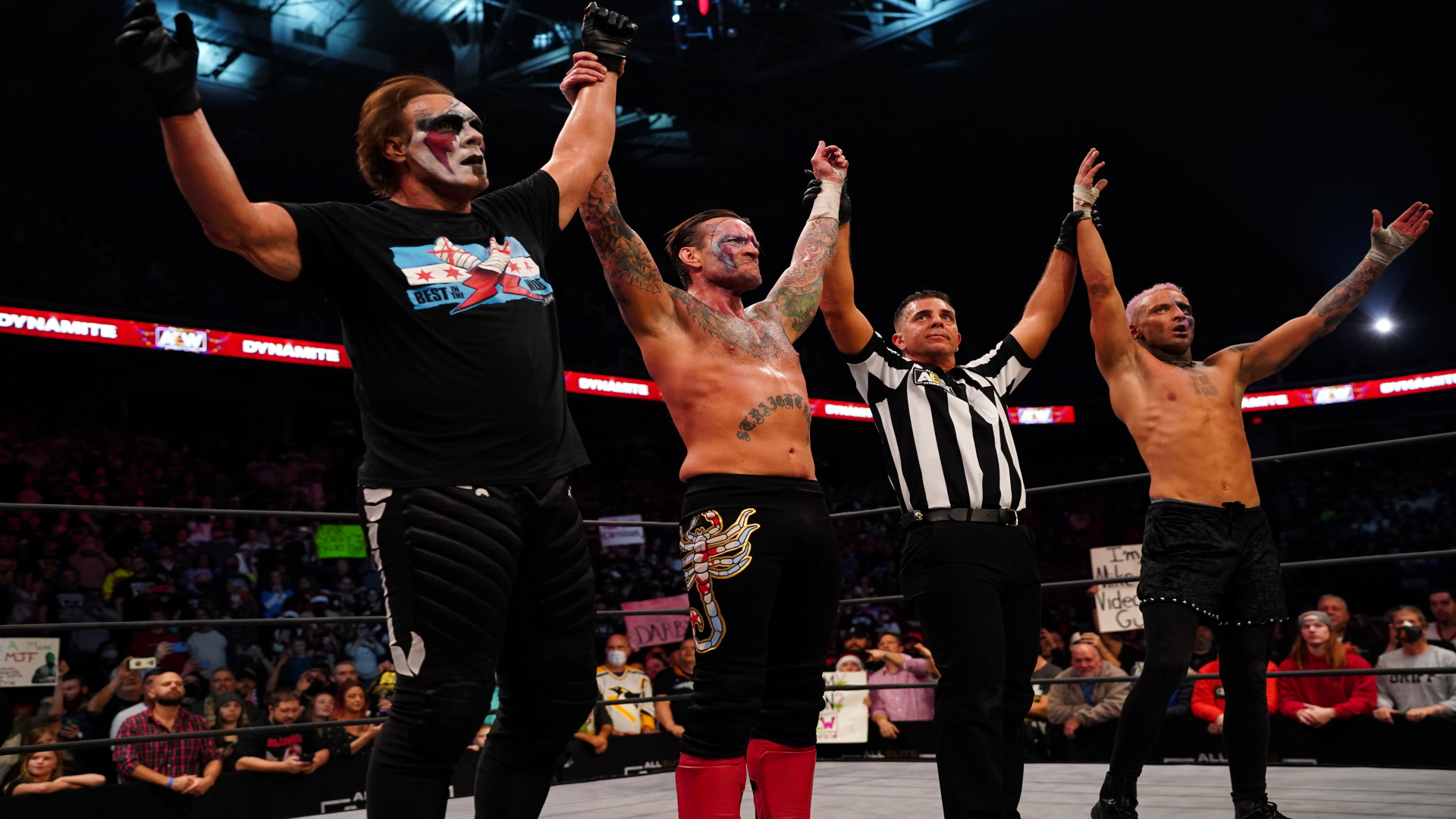 All Elite Wrestling held the episode 116 of AEW Dynamite: Holiday Bash at the Greensboro Coliseum in Greensboro, North Carolina, in whose Main Event, CM Punk, Darby Allin & Sting defeated MJF, Cash Wheeler & Dax Harwood by pinfall with a Lateral Press from Punk on Harwood. in a 6-Man Tag Team Match. Cole had a controversial victory thanks to the help of Kyle O’Reilly and Bobby Fish. Fish distracted the referee and O’Reilly took advantage of it to attack Cassidy. Kyle O’Reilly is All Elite.

Ruby Soho advanced to the final round of the AEW TBS Women’s Championship Tournament after beating Nyla Rose by pinfall with No Future. Soho will face the winner of the match between La Mera Mera Thunder Rosa and Jade Cargill, the title match will take place on January 5, 2022.

In the opening contest, Adam Cole defeated Orange Cassidy by pinfall with The Boom in a Single Match.