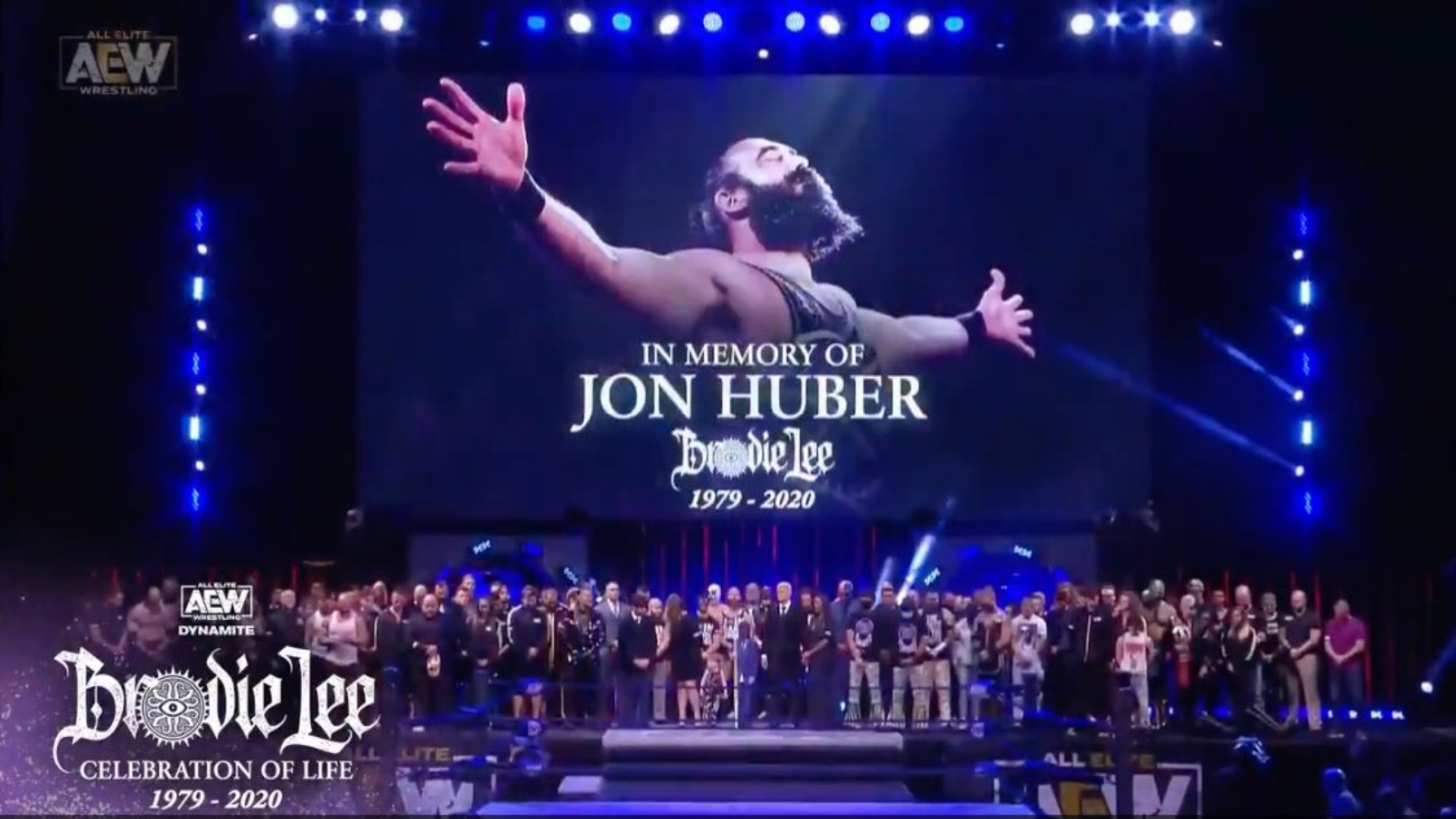 All Elite Wrestling held the episode 66 of AEW Dynamite at the Daily’s Place in Jacksonville, Florida, in whose show was a tribute to the life and career of Mr. Brodie Lee.

In the Main Event, Cody Rhodes, Orange Cassidy & Preston “10” Vance defeated Team Taz in a 6-Man Tag Team Match. After the match, Team Taz attacked Cody and company until the lights went out and Darby Allin appeared accompanied by Sting, this caused Team Taz to flee.

The show ended with an emotional message from Cody Rhodes to Brodie Lee Jr., to whom Tony Khan gave for life the design of the AEW TNT Championship title belt that his father had won.