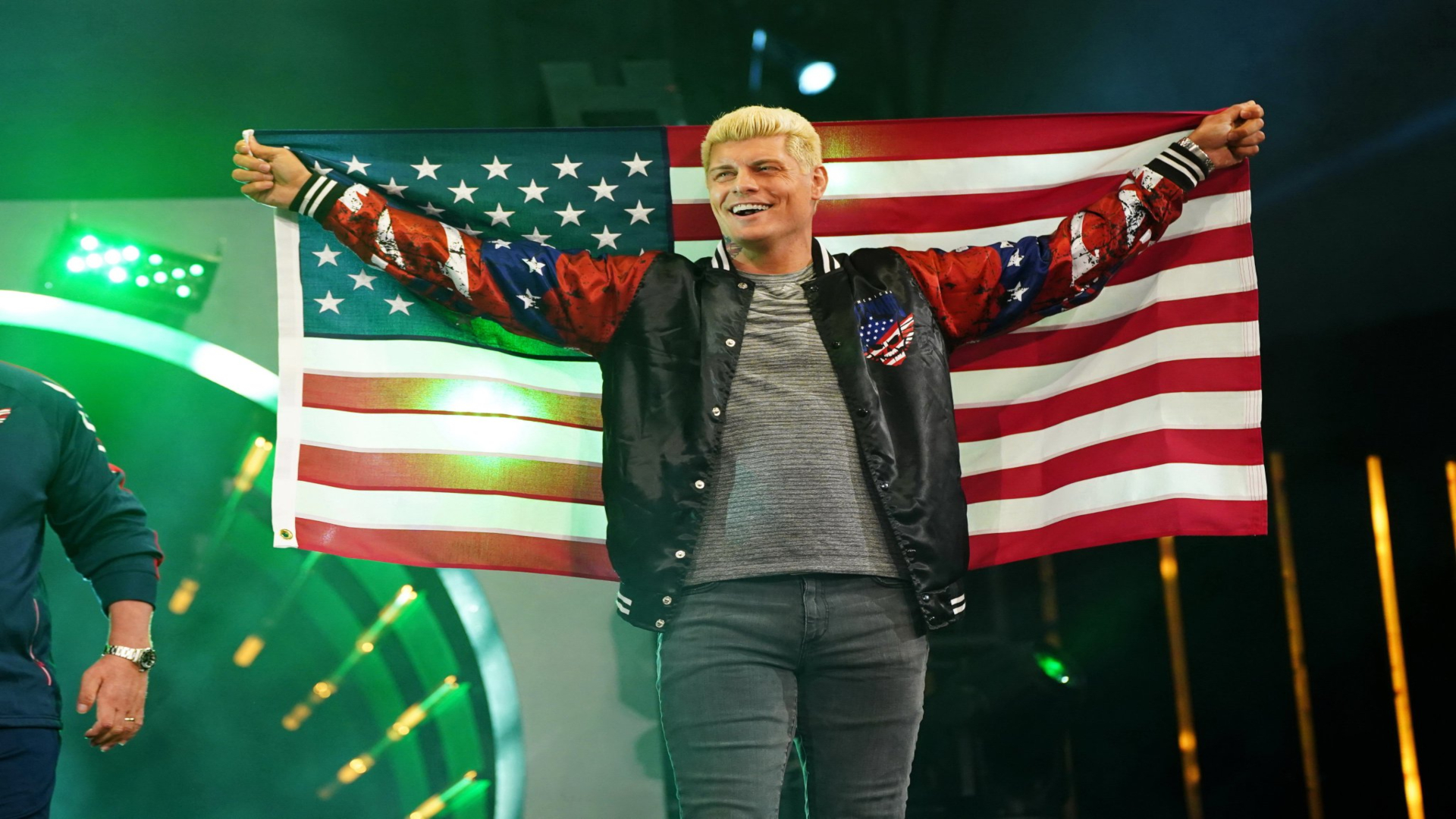 Cody Rhodes denied any in-fighting rumors among himself, the Young Bucks and Kenny Omega, saying he communicates with them every day. (PHOTO: AEW)
All Elite Wrestling News

AEW Double or Nothing Media Briefing with Cody Rhodes

AEW held a media briefing with the AEW‘s co-Executive Vice President Cody road to the Double or Nothing PPV. Lucha Central was among the press invited to this media briefing.

Cody Rhodes began by saying that Rampage will complement Dynamite. They are going to reestablish TBS as the undisputed destination of wrestling. “Tony is not lying to you when he said that Rampage will be treated with the same care that that Dynamite is, I know comparable in the business. But it is amazing how quickly we’ve expanded, especially now expanding into the TBS territory”, Rhodes said.

The American Dream silenced rumors about their alleged problems behind the scenes with The Young Bucks and the AEW World Champion Kenny Omega in the management of the company and blamed the creation of these stories on the “anger” of a sector of fans for the “success” of their project.

“With NXT losing the Wednesday Night Wars, that created a lot of anger. I understand. There’s a lot of hardcore NXT and WWE fans out there. And that’s why those stories, stories like that, don’t surprise me. I think people need to cling to something. As sexy as that story is, I talked to Matt and Nick every day. I talk to Kenny very often. I support their projects fully. They’ve been supportive of all my projects”.

This Sunday AEW presents its second PPV) of the year, Double or Nothing, which in turn will be the first full-capacity event in 15 months. The AEW‘s co-Executive Vice President stated that this is the “perfect time” to make the move and that he would not be surprised to see “some tears” between wrestlers on the day of the show.

“I think what you’ll see with the show on Sunday is a lot of perhaps plans or strategies on how people were going to perform and compete altered by the fact that crowds are back. And I wouldn’t be surprised to see some tears because, gosh”, Rhodes said.