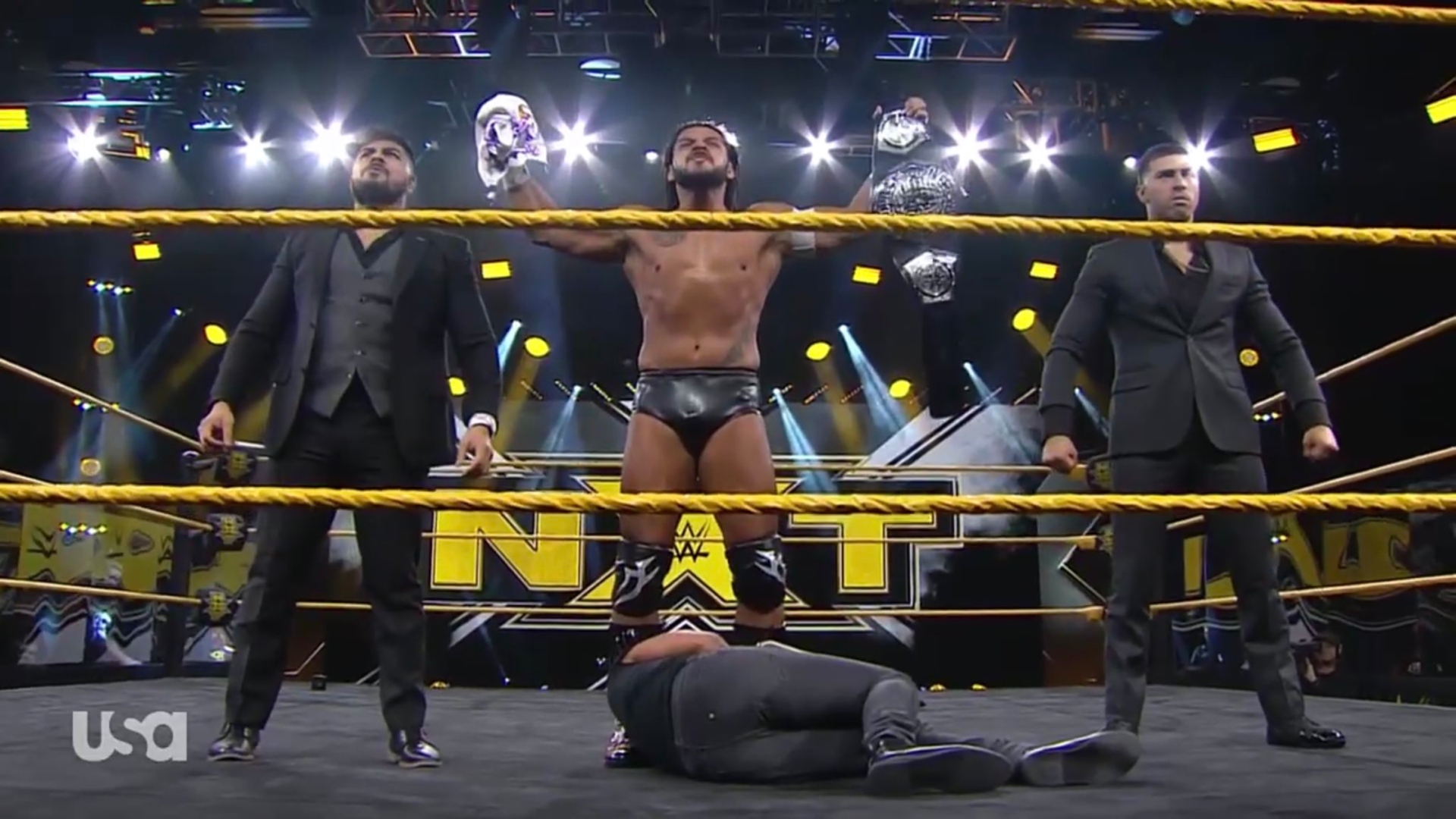 Hijo del Fantasma strips his mask, Santos Escobar will be his new gimmick

WWE held the episode 408 of NXT Live at Full Sail University in Winter Park, Florida, in whose show Hijo del Fantasma attacked Drake Maverick along with Raul Mendoza and Joaquin Wilde, to later remove his mask to indicate that from now on he will be known as Santos Escorbar.

In the main event, Adam Cole defeated Dexter Lumis in a single match. At the end of the match, Karrion Kross sent a message to Adam Cole through Scarlett who placed an hourglass and the Kross logo on the screen.