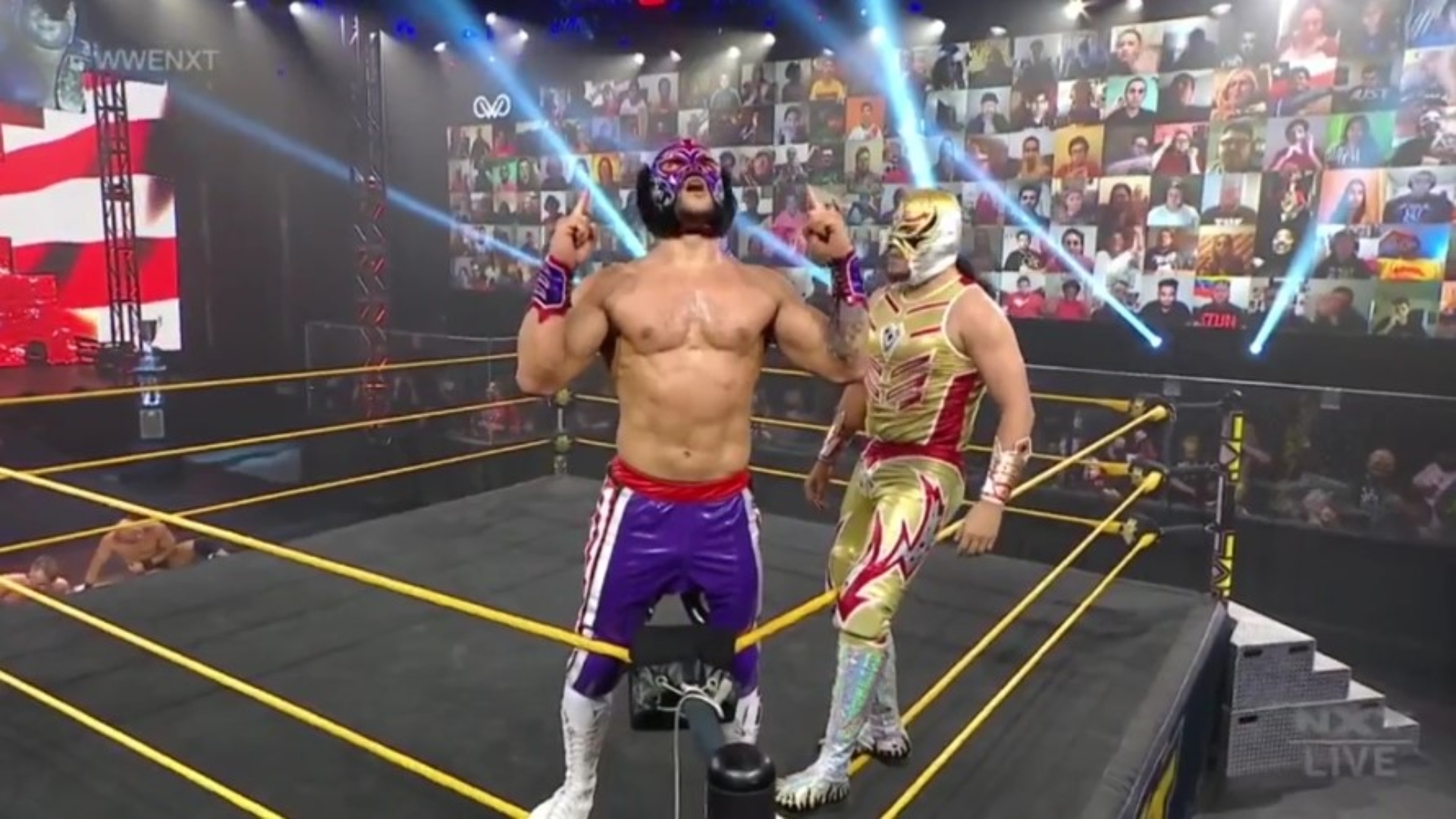 Lucha House Party advances to the next round of the Dusty Rhodes Tag Team Classic. (PHOTO: WWE)
WWE Event Review

WWE held the episode 439 of NXT Live at Capitol Wrestling Center in Orlando, Florida, in whose show Gran Metalik & Lince Dorado defeated Fabian Aichner & Marcel Barthel in the First Round Match of the Dusty Rhodes Tag Team Classic. Lucha House Party will face the Legado del Fantasma in the next round of the tournament.

The NXT Cruiserweight Champion Santos Escobar declared that he is a true champion who will do what he wants when he wants. He clarified being the champion of champions, and compares himself to someone superior to others like Finn Bálor, Johnny Gargano or Karrion Kross. He praised Legado del Fantasma for their victory on WWE 205 Live, and clarifies that Lucha House Party will not be able to with them in the Dusty Rhodes Tag Team Classic. This caused an attack by Gran Metalik and Lince Dorado who were supported by Curt Stallion.