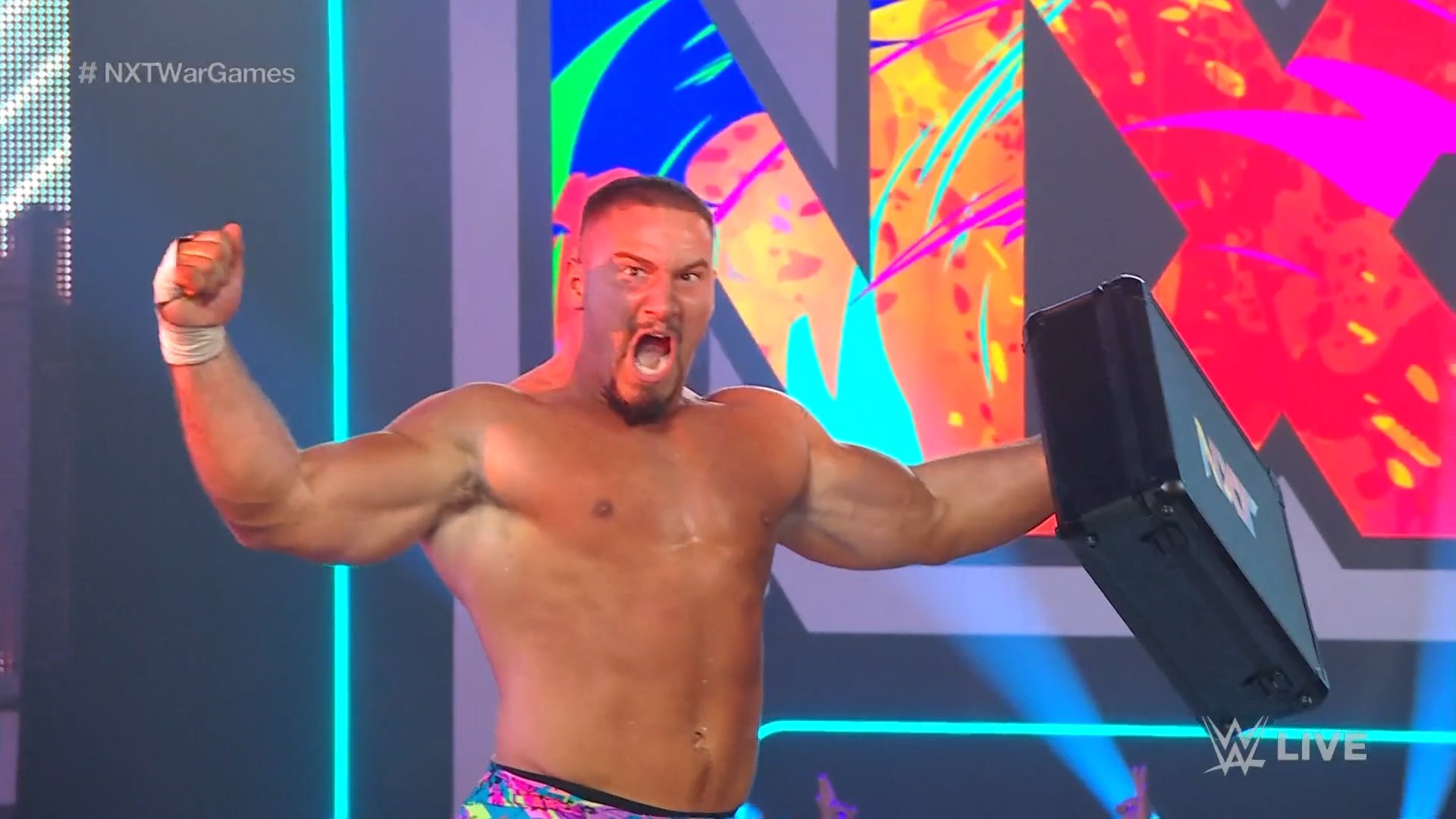 WWE held the episode 482 of NXT 2.0 at Capitol Wrestling Center in Orlando, Florida, in whose Main Event, Bron Breakker defeated Johnny Gargano in a Ladder Match, Breakker climbing the ladder to retrieve the briefcase and get his team the advantage in WarGames.

In the first match of the evening, Kay Lee Ray defeated Dakota Kai in a Ladder Match by retrieving the briefcase to get her team the advantage in WarGames.

This was the last episode of NXT 2.0 before WarGames.