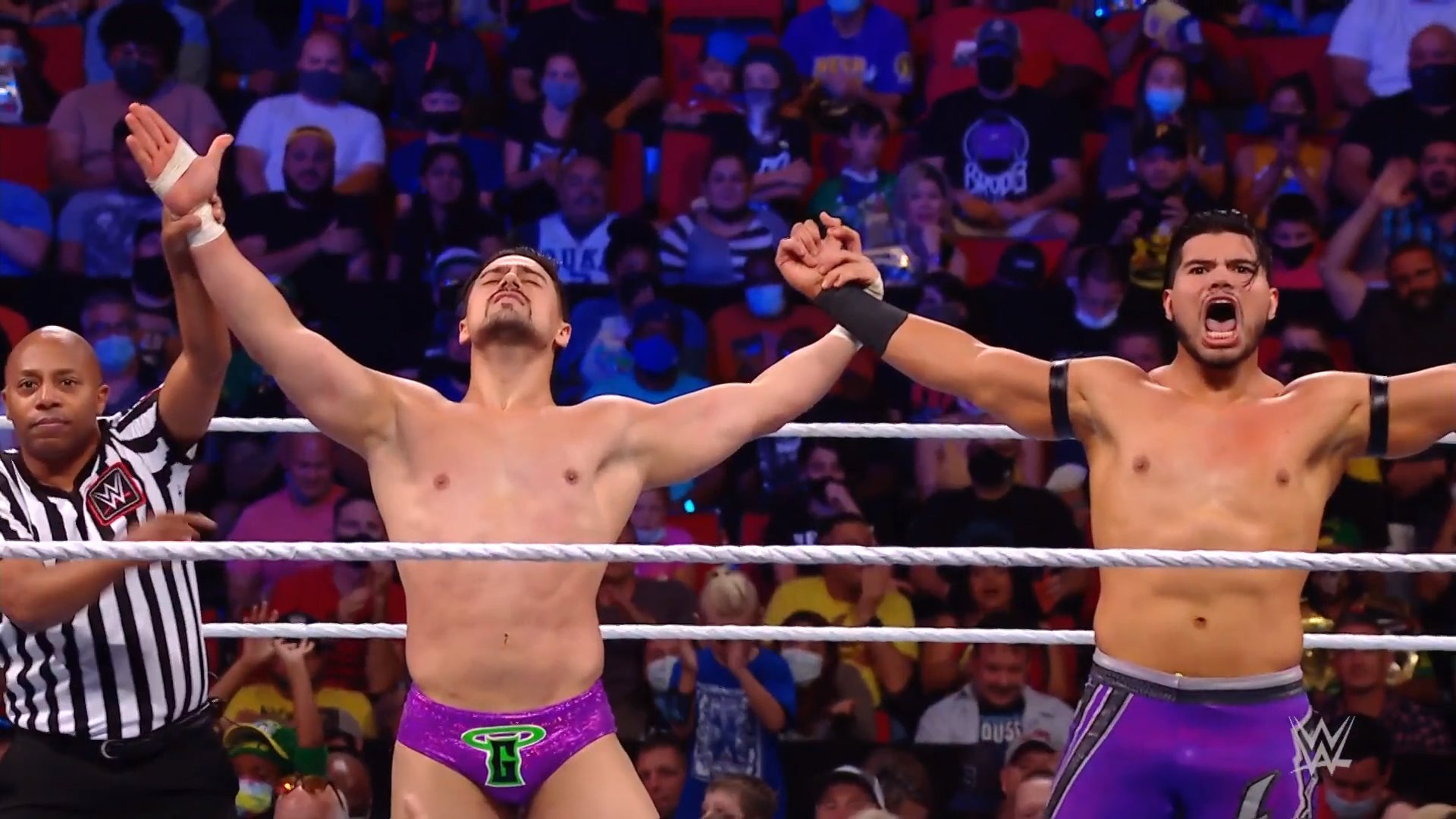 WWE held the episode 1478 of Monday Night RAW at the PNC Arena in Raleigh, North Carolina, in whose Main Event, the WWE Universal Champion Roman Reigns defeated Bobby Lashley and the WWE Champion Big E by pinfall with a Spear on Lashley.

Jeff Hardy was added to the title match for the WWE Championship between Damian Priest and Sheamus at Extreme Rules, making it a Triple Threat Match.

Nikki ASH & Rhea Ripley won the WWE Women’s Tag Team Championship after beating Natalya & Tamina by pinfall with a small package from Nikki on Natalya in a Title Match.

In the first match of the evening, The Bloodline defeated The New Day by pinfall with a spear from Roman Reigns on Xavier Woods in a 6-Man Tag Team Match.

This was the last Monday Night RAW before Extreme Rules.