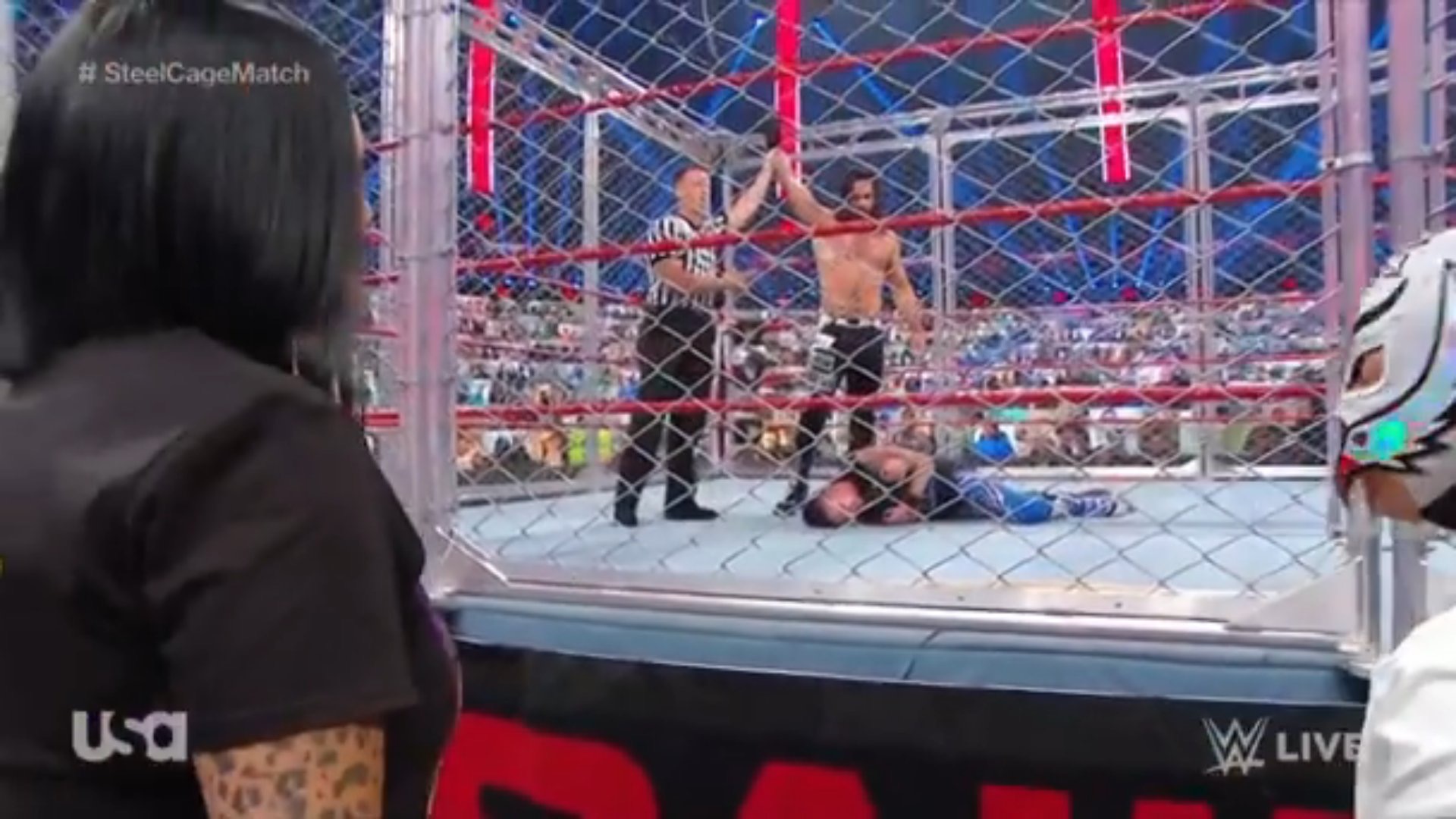 WWE held the episode 1423 of Monday Night RAW at the Amway Center in Orlando, Florida, in whose show Seth Rollins defeated Dominik Mysterio in a Steel Cage Match. During the match, Murphy accidentally hit Seth Rollins with the door, an act that could cost him the victory. At the end of the match, the Monday Night Messiah attacked his disciple for such an offense.

In the Main Event, the Single Match between the WWE Champion Drew McIntyre and Keith Lee ended in No Contest after the intervention of RETRIBUTION, who attacked both.

At the end of the match, Zelina Vega appeared and took the microphone to challenge The Empress of Tomorrow  for the title.

In backstage, Zelina Vega got fed up with the attitudes of Andrade and Angel Garza and left them so they could beat themselves up.