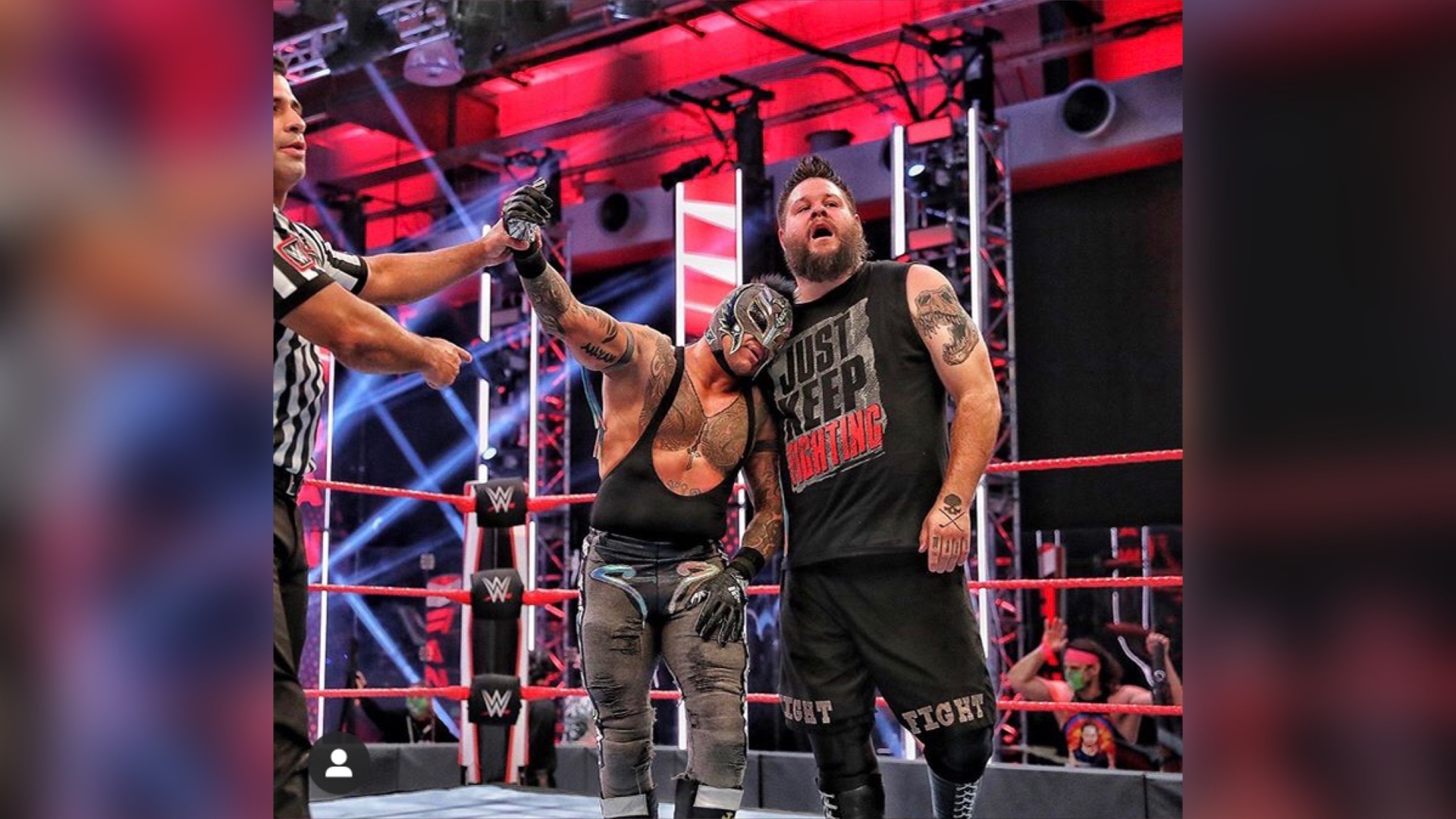 WWE held the episode 1415 of Monday Night RAW at the WWE Performance Center in Orlando, Florida, in whose show it was announced that Rey Mysterio will face Seth Rollins in an eye for an eye match at WWE The Horror Show at Extreme Rules PPV. The stipulation for this match was decided by Rey Mysterio after defeating Seth Rollins & Murphy in a tag team match. The Master of the 619 teamed up with Kevin Owens with Dominik.