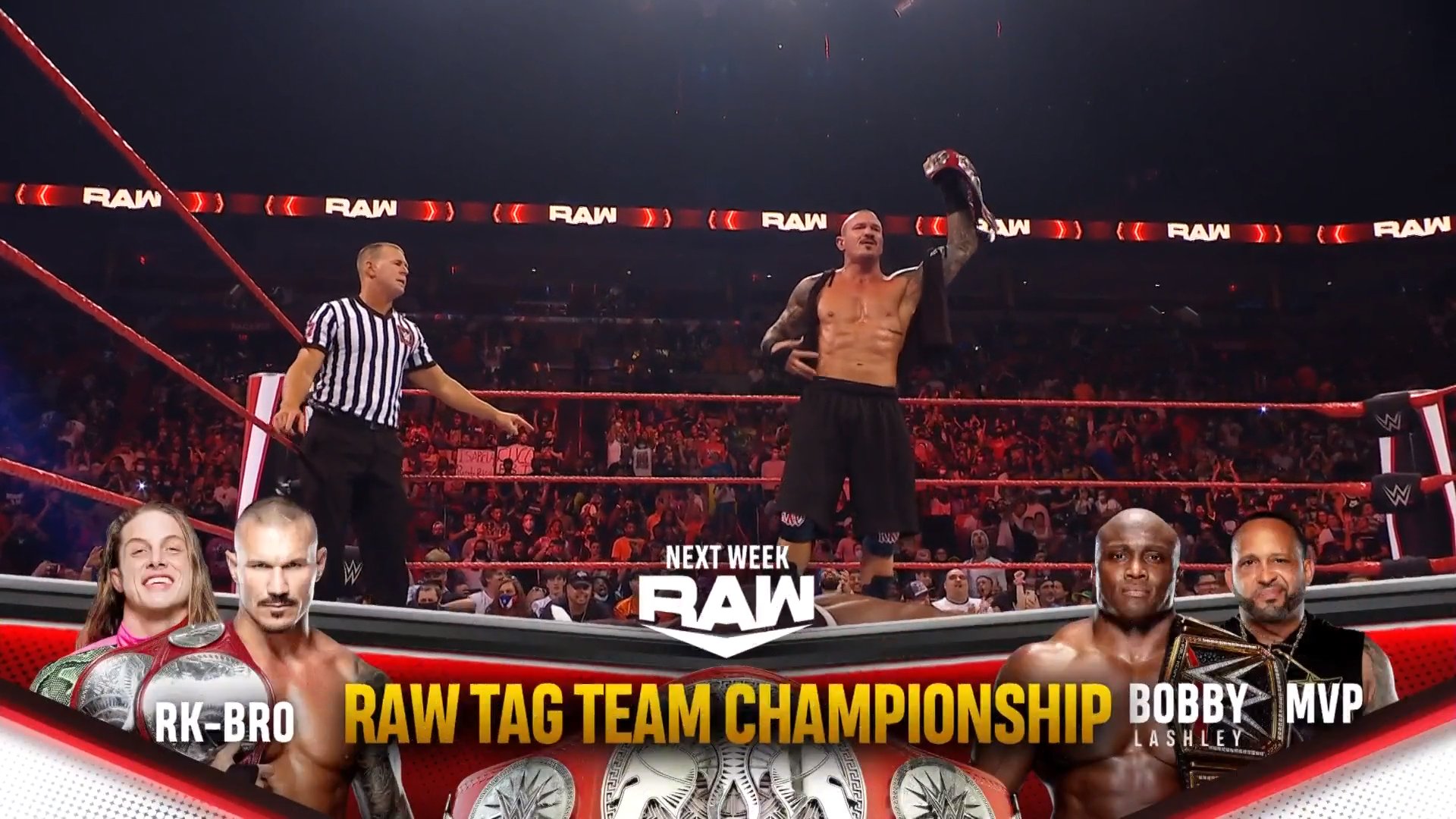 WWE held the episode 1476 of Monday Night RAW at the American Airlines Arena in Miami, Florida, in whose Main Event, Hurt Business defeated AJ Styles & Omos by pinfall with a Spear from Bobby Lashley on The Phenomenal to become #1 contenders to the WWE RAW Tag Team Championship. Next week, Bobby Lashley and MVP will face RKBro in a Title Match.

Karrion Kross defeated John Morrison by submission with the Krossjacket in a Single Match.

Sheamus won a title shot for the WWE United States Championship after beating Drew McIntyre by pinfall with a schoolboy pin in a  #1 Contender’s Match.

In the first match of the evening, The New Day won a title shot for the WWE RAW Tag Team Championship after beating Extinction by pinfall with a folding press from Xavier Woods on T-BAR.

Lucha House Party were part of the match, but were eliminated by The New Day by pinfall with a wheelbarrow facebuster from Xavier Woods on Gran Metalik.