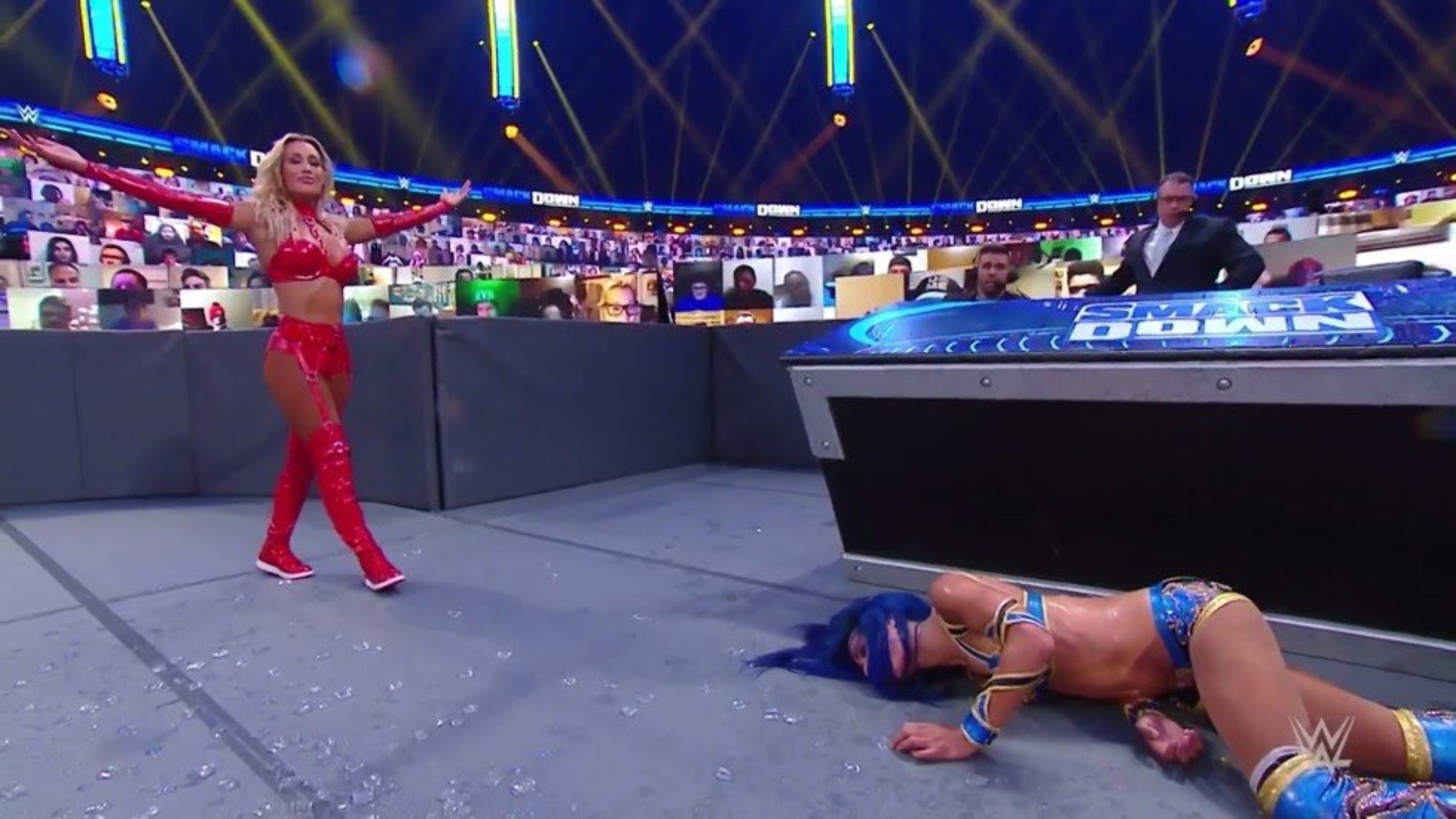 Sasha Banks lost by disqualification and was attacked by Carmella after the Title Match. (PHOTO: WWE)
WWE Event Review